As crowds protest and placards are flaunted, four ruthless and determined ‘suits’ blissfully watch on as anti capitalist protesters surround their offices. Incensed by the occasion, a split second decision threatens to burst the corporate bubble in which they live, as a protester is left critically injured… 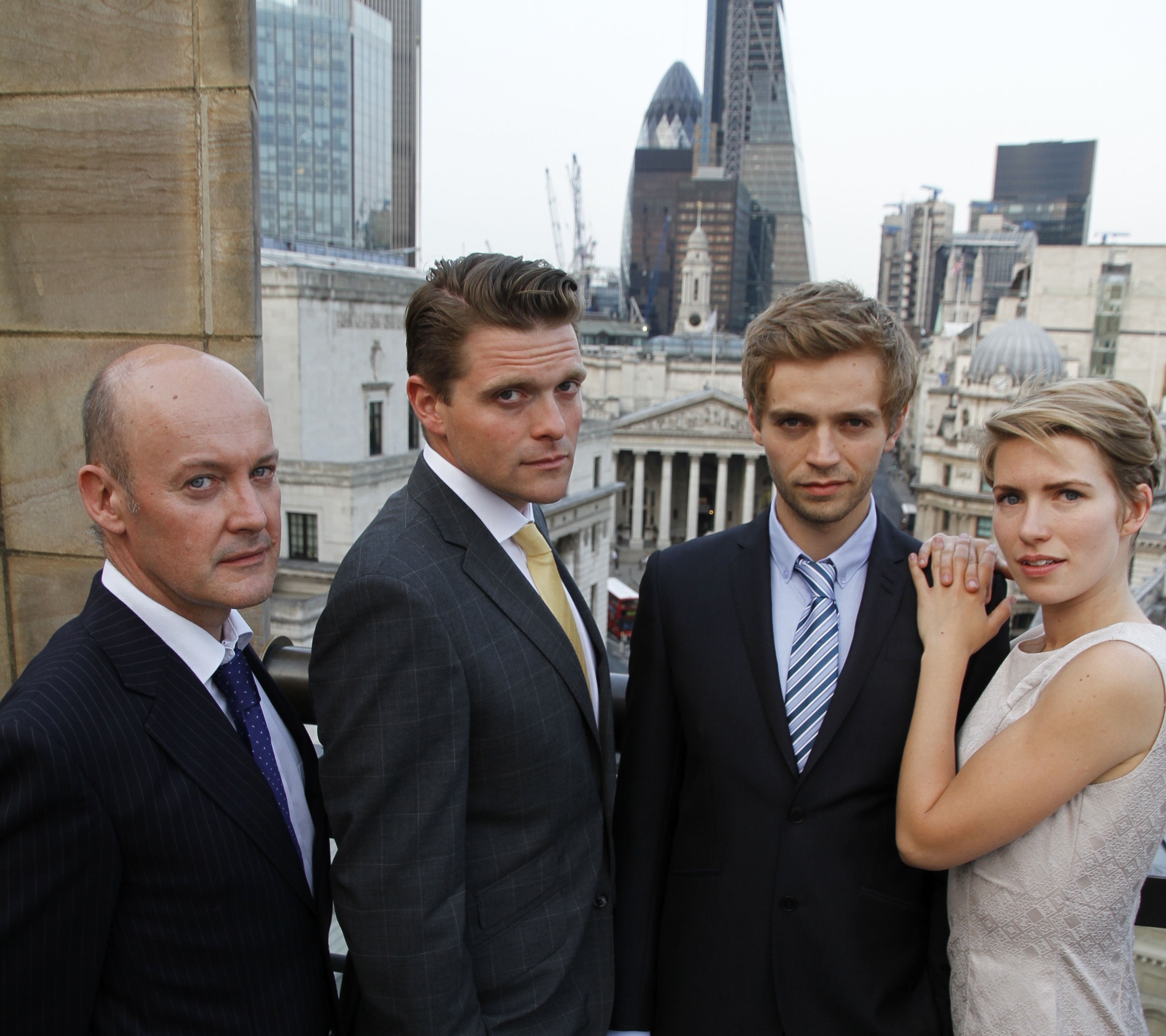 With echoes of the St Pauls protest last year, this sharp and witty piece, written by Patrick McFadden was a great chance to focus on some of the faces behind a faceless corporate organisation, especially the younger generation. Performed by Odd Rituals Theatre Company, Economy of Thought made for an entertaining watch. I thought the ensemble livened up the stage with their sharp, witty one-liners showcasing their brilliant comic timing. This was prevalent in the office scenes through the interactions between the four bankers. These scenes for me were the highlight of the piece with humorous exchanges and high energy.

Both Katharine Davenport’s Amanda, and Ed Brody’s Tom served as moral compasses striving to make a change for the better in a company not willing to move on. Jonny Mcpherson’s Reece was the arrogant go-getter not willing to let anybody stand in his way and Oliver Stoney was the suave and sophisticated Rich. The combination of these personalities made for entertaining office dynamics. A relevant piece of theatre with themes of money, morality and power, I give Economy of Thought a 4/5.

Take a look at the Economy of Thought Trailer here: