As 3 ghosts ponder the lives that they have left behind on Earth, The Various Lives of Infinite Nullity serves as an exploration into an unknown landscape, the Afterlife. 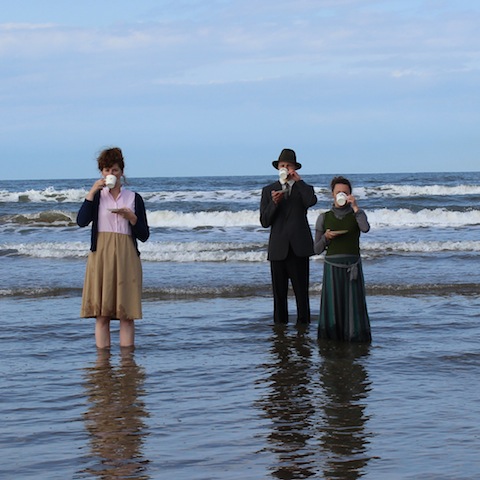 Devised by award winning theatre company, Clout Theatre, the piece flickers between the confessions of three ghosts, who reflect on the colourful moments leading up to their deaths, and the abstract, ghoulish, murky limbo in which they now find themselves trapped in. Appearing on the outset to come across as a trio of siblings, Jennifer Swingler and George Ramsay’s characters had a very mischievous air of authority over Sacha Plaige’s youthful and energetic persona. It then quickly became apparent that the ensemble were 3 different characters bearing no relation to one another.

The ensemble would band together, switching from their characters confessionals to creating absurdist and stylistic images, the most prominent being the quirky motif of gargling tea and the persistent rattling of tea cups and saucers. Throughout the piece, the 3 central characters displayed an ethereal quality that would have served as a striking contrast to their monologues of life on Earth, however I would have liked the monologues to have gone into more depth and learned more about the characters. 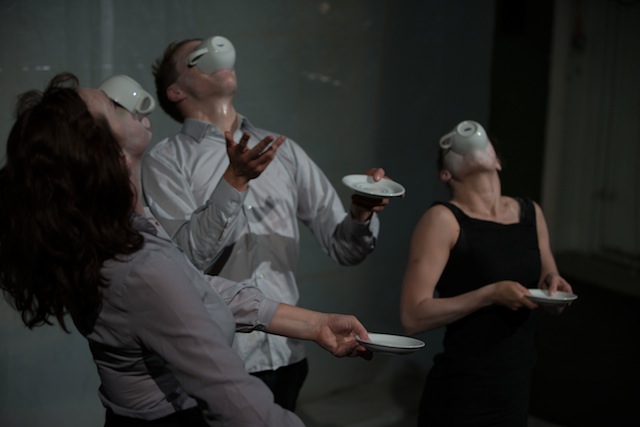 An eccentric and stylistic piece of physical theatre looking, that a times became very unclear, I give The Various Lives of Infinite Nullity, 3/5.

The Various Lives of Infinite Nullity performed and devised by Clout Theatre.