A one-woman show must involve a highly interesting protagonist with enough self reflection to keep your attention. Emma Packer’s portrayal of the Brixton born-and-bred Amy Jones certainly achieved this, combining her personal story of struggle with the political elements of the world surrounding her. Amy Jones touched on many relevant issues, both personal and political. We witnessed her thirst for knowledge as a young girl speaking to her posters of Nelson Mandela and Gandhi. Things darkened as Amy struggled with her abusive mother and poor upbringing. Amy Jones is not a relatable character to all, but Packer had the audience oozing with empathy despite this. Her ability to switch moods without losing any of her vibrant energy was highly engaging. 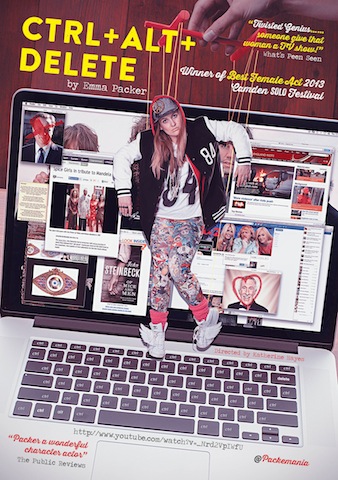 However, how much can you truly achieve with a one-woman show in an extremely intimate space? Theatrically speaking, these limitations took their toll. Packer filled the scene changes effectively with music and voice over but there’s no disguising an empty stage. As she emotionally addressed her mother (switching between the roles) things grew uncomfortable, as was likely the intention, but intended or not an uncomfortable audience never strikes me as a positive sign. With only one actor you do feel that you know them by the end of the performance, and luckily Packer’s talent was enough to carry the show, but I would love to see the piece developed with a full cast.

The use of rhyme during the entirety of her dramatic monologue gave the piece flow and well-needed structure. It was also witty, admirable and extremely brave. The heavy Brixton accent was often grating, but served a purpose as you couldn’t deny that what Packer was saying was intelligent and well written. Personally I could have done without the abusive mother element of the story – yes it made it more dramatic, but it felt unnecessary. Amy Jones already came from an unprivileged background and struggled with everyday life, these factors alone were enough to keep me rooting for Packer’s character. The mother issues pushed it to verging on soap opera cliché.

CNTRL+ALT+DELETE is believable, funny, intelligent, brave and managed to keep me engaged throughout. The most enjoyable section was the aggressive political statements and letters to highly influential figures with suggestions of how to fix the British economy. I would have liked to have seen more of this, perhaps Packer worried that too much politics would alienate the audience. Packer presented me with one of the strongest solo performances I have seen, and with a few changes CNTRL+ALT+DELETE could be well on its way to bigger things. 3/5 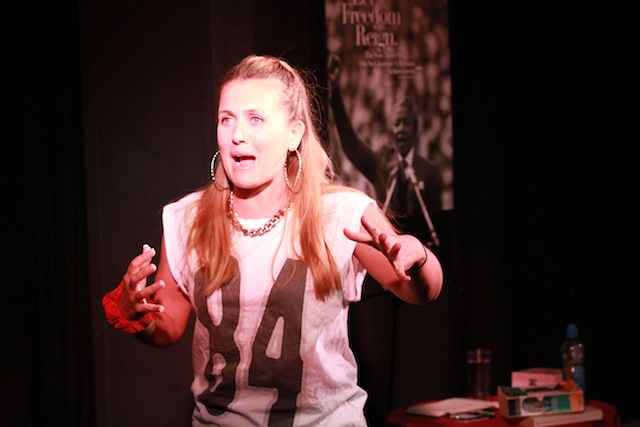 CNTRL+ALT+DELETE will be previewing at the Solo Festival Camden on 16th July and at Leicester Square Theatre on 19th July before heading to Edinburgh Festival from 1st-24th August, where it will be premiering at Zoo Southside.

« Previous post
Yolanda Kettle speaks to Theatrefullstop about starring in Jack Thorpe's Baker's production of Shutters at the Park Theatre!
Next post »
Welcome To the World of… Samba!