THEN creator Yve Blake asked people ‘Who do they feel they used to be?’ Using their answers from both online submissions and real-life interviews, Blake created an hour long one woman show which looks at their stories from infancy to old age. The show was a mixture of music and dance as well as reading the many stories Blake had collected. 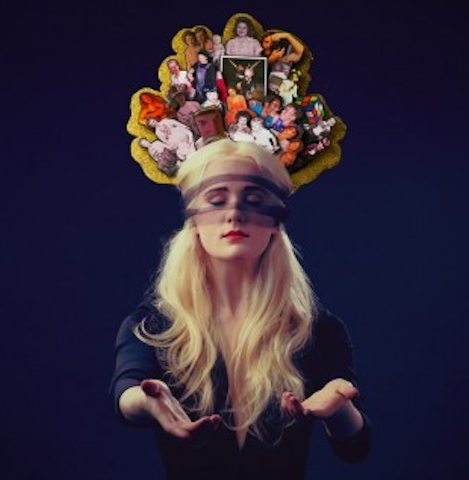 She was certainly a confident, competent performer. Blake kept the stage lit up with her vibrant energy and never shied away from eye contact and audience interaction. Even doing something as simple as taking a drink of water was part of the performance as she kept her facial expressions and physicality active to the audience.

The show was certainly different from anything I’ve seen before. In many ways it was quite surreal, whether it was the strange animations projected onto the screen or dramatic costumes that Yve changed into. The songs were extended versions of stories, and were amusing and clever. The music was catchy but also unusual and verging on cheesy. It was refreshing to see such brimming confidence from a lone performer, but at times things were verging on awkward. Most of the stories were designed to make the audience laugh, and were quite often met by silence. The show had a certain formulaic structure, switching from story to song, and became repetitive after a while. It was an interesting concept but after a while the novelty wore off and revealed the show as lacking deeper content. However, for a light-hearted, intimate performance it definitely kept the audience’s attention even if we did leave thinking ‘what on earth did I just see?’

As always with one-woman shows I would have liked there to have been a bigger cast. There is no doubt when it comes to her talent, Yve Blake had enough energy and stage presence to fill the theatre alone but the show was limited by her performing alone. It was a professional production which moved fluidly and had sprung from an original concept. I’m interested to see where the show goes next and the new stories that Blake adds to the show. 3/5

THEN was shown at the Soho Theatre from Tuesday 8th-Sunday 13th July. For more information on performer Yve Blake, visit here…