Ever thought the cost of Theatre Tickets were too expensive? NT Live offers an affordable alternative to the theatrical experience!

The other week I went to see the National Theatre’s revival of David Hare’s Skylight, starring Bill Nighy and Carey Mulligan and the lesser known but exceptionally talented Matthew Beard. I drove just 2 minutes to get to the show, sat in some great seats and saw a fantastic performance. I do not live in London, I do not know someone “in the biz” or have a spare £148.50 to spend on a ticket. The show was being beamed to me in Kent, live from Wyndham’s Theatre for less than the price of a train ticket to London by NT Live. 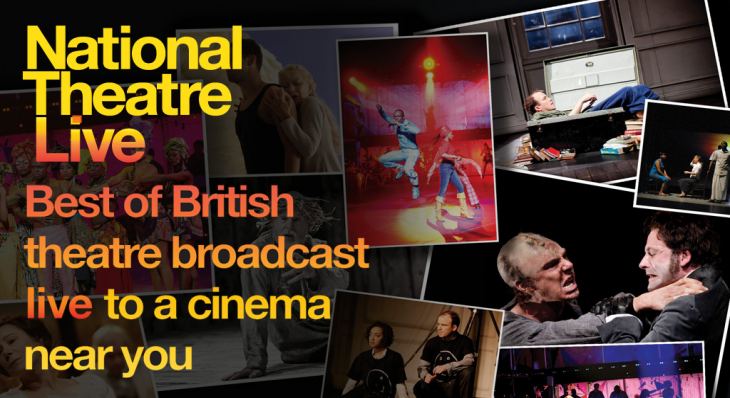 Putting plays to screen is hardly a revolutionary idea, up until the 1970s BBC1 used to put on The Wednesday Play but the medium declined during the mid-1980s. It was the Metropolitan Opera that resurrected the concept in 2006 and the National Theatre was the first theatre company to follow suit in 2009. The enterprise has come leaps and bounds since launching to 280 venues and now serves over 1000 in 40 different countries.

The team behind NT Live stress very heavily that their intention is to preserve the integrity of the theatrical experience. The filmed showings still have a live audience, with around 5 to 8 cameras situated in amongst them in the best seats around the theatre, which cut live and unedited into a single feed. This does mean the experience is different, you can’t observe what is happening on the whole of the stage, your view is brought to the centre of the action with cinematic close ups and tracking shots. These features of NT Live compromise the theatricality of it all far less than you might think. The style of acting remains that of a live performer and the wonderful sets mean you can still feel like you’ve made that “trip to the theatre”. The team is so concerned with preserving the novelty of what such a trip is that they refuse to distribute DVDs of the recordings, just like normal plays, there is a very limited run and once it’s over, it’s over with the slight exception of the Encore shows which bring back shows under popular demand such as Frankenstein with Benedict Cumberbatch, but even those aren’t to be enjoyed at home and are still on for just a couple of nights.

Watching plays in this way also adds something special. It means you can admire the actors in a different way. Maybe it is because I have my more critical theatre glasses on when I see a play, as opposed to my lazier movie goggles (or those godforsaken 3D specs) but you can notice the slight yet powerful nuances of the actors on stage that would otherwise go unnoticed from the cheap seats. Never before, for example, had I noticed how good Carey Mulligan is at simply staying still, the importance of such stillness was accentuated by the cameras bringing the focus to her. The restriction of the view did mean I couldn’t see what else might be going on on the other side of the stage but you can only see so much with one pair of eyes, it’s not like you could focus on more. It is merely the freedom to choose where you look that is lost. I found this only irritated me once during the most recent last week’s performance, the camera zoomed in on the touching hands of Nighy and Mulligan for, what I considered, an indulgently long time. I wanted to see what else was going on with their faces and bodies but I was forced to remain focused on the proximity of their two hands. This turned what might otherwise have been a gentle, touching moment into a blatant and crude expression of “dangerous love” but that irritation quickly subsided and I found myself absorbed by the show once more.

So, there are the pros and cons. Of course it’s not going to be the same as being there but we still watch sports on TV despite the stadium experience quite obviously being a superior way to watch a game. We go down to the pub to share the event with others too and still cheer and applaud as though we were there, sharing in the delight or tragedy of what is played out before us with those who were lucky enough to get tickets to the real thing. For a student who has minimal funds and lives outside of London, NT Live has given me the opportunity to see so many shows I previously had to accept as unaffordable luxuries. Just because I can’t be there doesn’t mean I can’t join in and see some fantastic theatre.

The arts should be for everyone, a sentiment expressed by David Hare’s refusal to allow this run of Skylight unless it received the NT Live treatment. NT allows those with smaller wallets and away from the capital the opportunities wealthy Londoners so often take for granted and combats the financially and geographically warped state of top theatre. And even the lucky ones who can make it to the London shows are going to be benefiting from the perfected technologies as the first show is being broadcast from Broadway, with plans to screen the first show from across the pond, ‘Of Mice and Men’. Whatever NT Live might lack, it is a triumph for theatre and theatregoers alike.