Pantomime is integral to local theatre at Christmas. It’s so well-loved a tradition that the sight of a dame makes me feel very festive and British. Having been immersed in the slightly more sordid world of student pantomimes these past few years, I was excited to see Cinderella at the Grand Opera House in York. 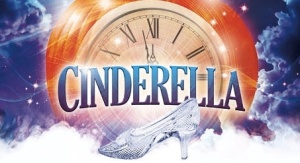 Straight away, you’re struck by the star-studded cast, gathering names from the West End to Eurovision via Emmerdale. Sure enough, there are some fantastic solo performances: Lauren Hood’s Cinderella is a real sweetie with some lovely vocals (her strong Let It Go and tender Can I Have This Dance being highlights of the show). Stuart Wade and Rob McVeigh lend panto-quick comic timing to their roles of Buttons and Dandini respectively, and know the limits of the fourth-wall breaking without turning their winks to the audience tediously. Caroline Barnes’ Fairy Godmother made the show for me, providing the perfect level of sparkle and panto magic.

There was plenty to improve, however. The script feels dated and lacklustre, especially in its shoehorned approach to pop culture references. I’m all for a bit of the contrived in a pantomime, for example in the classic “he’s behind you” sequence. Unfortunately, most of the references to film and TV are composed of just that, without any set-up, punchline, or enjoyment. The mishearing of “get to work” as “twerk” is a gentle if lame gag, but far superior to Tom Owens‘ singing the theme from Last of the Summer Wine to himself. No wonder it gets no reaction: the show hasn’t been on air for four years, and hasn’t been relevant for even longer.

I was also disgruntled to see a lack of proper panto villainy. With the Baroness and the Ugly Sisters you’d expect some taunting and comic relief, but there wasn’t really an abundance of either. The Baroness commanding Cinderella to tear up her ticket was chilling, but spoilt by the change of heart in act two. Her sudden gentleness felt like nothing more than an excuse for Anita Harris to sing a song which seemed unnecessary within the plot arch.

Granted, there are some real delights in Cinderella. The lighting and choreography is always on point, and the ensemble cast work really well together as a talented bunch. The transformation scene is a truly enchanting sequence which left me with goosebumps. If only some more effort were put into the script as well. Whereas the musical numbers were almost all strong, it was clear the best songs were ones with modified lyrics. Likewise, the cast are fun but would be a riot with some solid jokes. It’s a fun enough night, but this carriage still looks like a pumpkin to me. 2/5

Cinderella is currently showing at the Grand Opera House York until Sunday 4th January. For more information on the production, visit here… 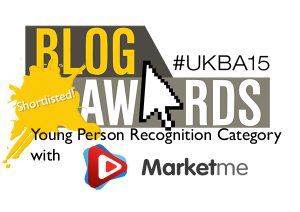