Made In Britain @ The Old Red Lion Theatre

George Carlin said:  “Capitalism tries for a delicate balance: It attempts to work things out so that everyone gets just enough stuff to keep them from getting violent and trying to take other people’s stuff.” 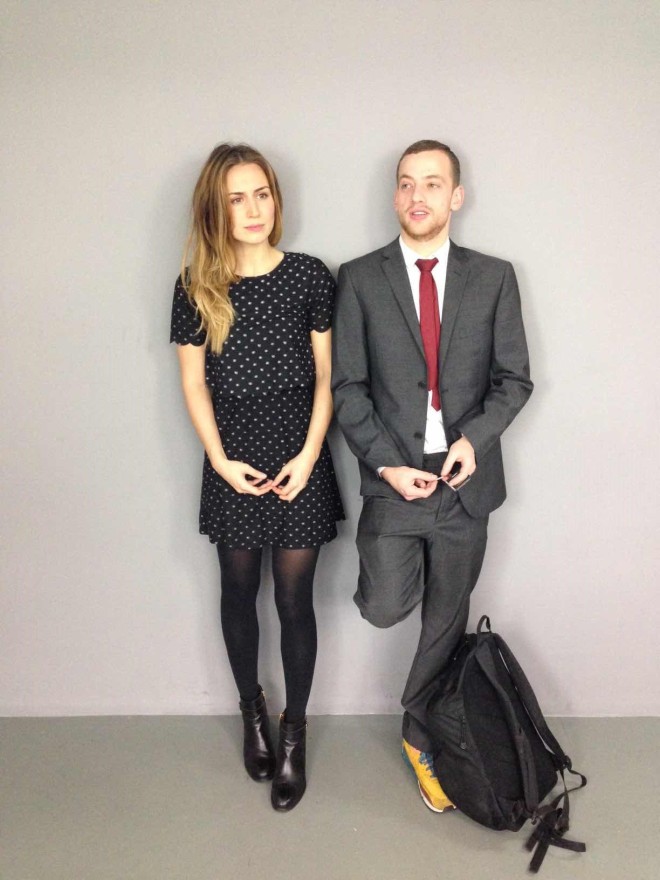 Made in Britain, written by Ella Carmen Greenhill discusses this important and very current situation seen through the eyes of a young adult, Danny who is coming to terms with the rules of the world around him ever since his father’s suicide. It explores the incongruities of prices, it makes you look at how ridiculously cheap it is to kill yourself slowly with beer and paracetamol and how basic and truly essential goods are more expensive.

Danny and Nina are the two seemingly distant characters that sit in a simple yet unusual set, with their feet in a small pool of murky water, and share with us the ordinary and the special details of their lives and of themselves. It is impossible not to relate in some way to their reports of courage and fear, ambition and conformity, the wanting to be liked, the hope and disappointment. Their words are filled with humanity and that is something extremely well achieved in the writing of Greenhill and in the delivery of James Rallison and Sarah Bryan. Not only do you relate with what they tell you, you can visualize it and you laugh, because it is inevitable to laugh at some of our shared quirky behaviours and instincts. You don’t just laugh though.

Watching this play, one can’t help but feel the injustice of the world around oneself. And that is a tough feeling because, like Danny, we feel there is nothing reasonable we can do to get our voices heard. In that sense I felt Danny’s story more strongly related to the outside world whereas Nina’s story is set in a much more personal realm. However, they both speak of fathers, how the father has been abandoned and how the father has abandoned – reflecting on the lack of caring that comes either from your country or from your own father. They seek revenge or a coming to terms with the reality of things wondering if there is a point in fighting before inevitably accepting.

It is only in the end that these two characters meet at the point of disillusionment and form a brief connection. Unaware of each other’s circumstances they offer each other advice and debate perspectives. The consequences are surprising. Under the unpretentious and effective direction of Jonathan O’Boyle, this is a play that is worth seeing as it will remind you of the simplest things and it will make you look at how the choices of others, who don’t even know you, will greatly influence your sorrows, your joys and your life-changing decisions. 4/5

Made in Britain is currently showing at the Old Red Lion Theatre until Sunday 11th January. For more information on the production, visit here…