Comedian Brendon Burns Speaks to Theatrefullstop about his new tour, Outside the Box! 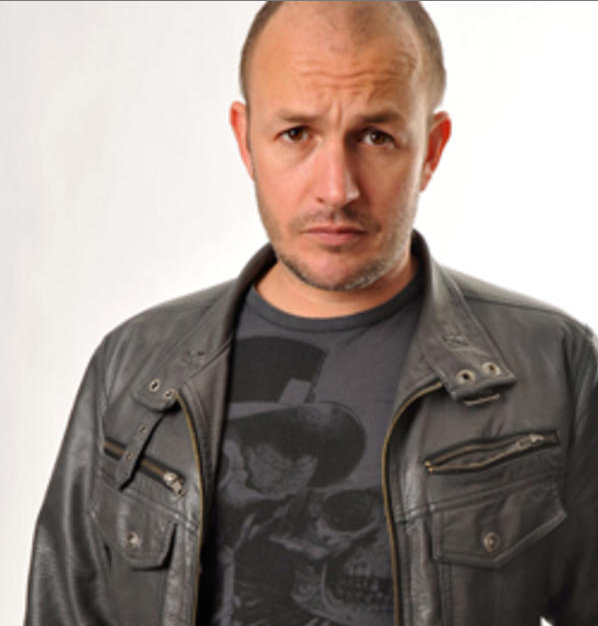 Brendon Burns has credits on The 11 O’ Clock Show, performed across the world, and in 2007 won the prestigious if.comedy award for his show at the Edinburgh Festival Fringe. Now, the Australian comic is touring all across the UK, performing anywhere but comedy clubs in an attempt to live ‘Outside the Box‘. Louise Jones talks to him about podcasts, angering Scousers, and fake edge.

What exactly led you to doing the Outside the Box tour?

I did the Free Fringe this year, and my venue wasn’t quite where it was listed in the Fringe guide, so people had to work to find me. It was just die-hard fans, and in that environment I didn’t have to deal with anyone with folded arms, and anyone going “I f**king hate this guy, and it isn’t for me.”

For me, comedy is a language, and there are lots of different languages and laughter is the sound of comprehension, because you’re not really saying what you’re saying. When you’re on stage and people really understand you and you’re not having to explain everything, I think it’s like the ultimate form of communication. There’s nothing better. This guy Michael Clapham saw the show and said, “Why don’t you do like what Doug Stanhope and David Frost in the 90s?” They were a bit disillusioned with the comedy club scene, and they went and started doing independent venues. All I did was put one post on Facebook. We were inundated with venues. It’s not about going to a weird place, talking to weird people; it’s about my tiny fanbase coming to a small room and hanging out with me. Right now, there’s like 110 acts on tour. I’m hearing horror stories everywhere, like people selling 29 tickets in 400 seaters. I put this out there with no PR or massive campaign, and we’ve sold out a bunch of dates. One date sold out in five minutes, which I’ve never had in my career. For the first time in years, I’m looking forward to going to work every night. I can’t believe I haven’t done this sooner.

Do you have a favourite gig you’ve done so far?

We’re only four shows in, so I don’t have a favourite yet. Most satisfying was certainly going back to Liverpool, because I haven’t been there in 15 years. Years ago I had a routine about one gig in a place called Baby Blue, where there’s a very notorious audience that only want jokes about how funny they are. The whole routine was about them famously not having the sense of humour they professed. Someone stuck it on Liverpool Football Club’s website and I get all these death threats all of a sudden. I started winding people up by writing loads of jokes where you would set up the Scouser to ruin the punchline. People were going, “How dare you accuse me of not having a sense of humour! You ever come to this town we’re gonna fucking kill you!” The gig in Liverpool was filled with people who knew about this. We rang my wife live on stage and assured her they weren’t there to kill me. Then I read out all the jokes with the Scouser insert ruining it, like two Scousers are in Africa, being chased by a mountain lion, and one guy goes to put on his running shoes, and the other guy says, “You think you can outrun a lion?” And the Scouser says, “Yes, that’s exactly what’s happening here.” They were pissing themselves! There was this really beautiful all if forgiven moment. I loved being in the movie cafe, we just talked about Mad Max for half an hour, so there’s something different every time depending on the weirdness of the room.

Is this show an ever-evolving set, because of your different shows?

Well between that and the podcast…people always said that stand up is the most intimate performance you can do, and it’s not anymore, it’s podcasting. In the first three episodes I suck, because it’s really hard to not feel crazy, talking to yourself. It’s not until the immediacy of it- you go to a show, like eight guys turned up, and said “I listened to what you were talking about on the podcast. I agree with this, I don’t agree with this.” You start carrying on a conversation that you thought you were saying to no-one. As I travel around the world, I keep on writing stuff for the culture I’m in, and then it’s gone forever. So I thought why not record it, show people what I really do? So what’s the point in being prolific without posterity? The series I’ve done with my son I think is one of the top five best things I’ve ever done. He’s 15 now, and I’ve avoided talking about him on stage, because the teen years are difficult- so when he asked if he could be on my podcast, I was like “Really? You’re cool with making something?” How often do you hear comedians talking to one another on podcast, where they discover something about one another? Who better to do this with than my boy? We drove across the Australian outback in five days. There’s still episodes of that to go up- and it’s really cool, getting people contacting me and saying like, “Your kid’s hilarious!” We have a very honest, open relationship, but also a very frank relationship. So dads and kids seem to be listening to it alike, and putting themselves in- And I’m very happy about it.

Halfway through the interview, a fan approaches Burns with a copy of his book, which had been banned from restriction in a local library. This prompted the observation: you seem all about the taboo.

The more something becomes taboo, the more I’m drawn to it. I understand the backlash we had, in this country, because there are young guys trying to approach the subject without the skill set. Nothing sends me faster from the room than fake edge. Fake edge is like a young kid going, “Argh, I’m a demon”, and I’m like you know what? You’re frightened that people will discover you can be charming, that’s what you’re trying to hide. If you’re a guy who works broad, and does observational material and that’s who you are, then be that! Ever since I was a kid, I was always able to make horrible things funny, but not at the expense of whoever it had happened to. Going into this show, this past year, and my wife said, “You really want to be the guy that someone can’t come and see cos something horrible has happened to them?” and I said “No, I want to be the guy that you specifically go to see because something horrible’s happened.” I worked a long time at getting it right, because if I wanted to go there, I wanted to go there for the right reasons. And if you want to be true to yourself, just find out what your skill set is, and- if I could write an amazing f**king routine about a toaster, I would. ‘Cos this way isn’t lucrative! And you spend a lot of your life arguing with people.

This is a very different experience to a lot of comedians that I’ve seen. How do you respond to phrases such as “he’s a comedian’s comedian”?

It’s a bit of a back-handed compliment. Most of the people that get called a comedian’s comedian are actually critics’ comedians. There’s a couple of things you can do to pander to critical acclaim, one of which is to claim that other comedians pander, and that’s a level of pandering. I wrote a joke about it, that only comics tend to get, which is: what it really means to be a comedian’s comedian is effectively in a 50 seater, when only half the room paid to get in, when you’re on, the back of the room stops talking. And that’s pretty much all it means. That’s all you get from it. But then there was the new form of hackery which is when I see a twenty-something kid go “I’m not one of these comedians who”. And it’s like, yeah you are, you’re about to. Whatever you’re claiming you’re not about to do, you are about to do, but not only that you don’t talk about enough yet to discuss what you don’t discuss. Talking about what they don’t talk about, f**k off. Seriously properly f**k off. If you’re a funny guy you should be able to talk about anything. The older you get, the longer you do it, the more you end up pooling everything that you thought was useless. For years I was a closet wrestling fan, and now I make half my income from being the wrestling comedy comedian. A lot of people are embarrassed about wrestling, cos of all the stigma that comes like “Don’t you know it’s fake?” and of course we get it! I think it invokes an emotional response that theatre only wishes it could replicate, and delivers the kind of upsets that genuine sporting events only come across by chance- and then when you say that wrestling fans go “It’s that guy! He can talk for us!” And so for years I was in the closet, and then I came out and then my life was all the richer for it. I ended up touring with my hero. So this whole idea of “I’m not one of these comics who” is perhaps the dumbest and most limiting thing anyone could ever say. Don’t talk about what you don’t talk about, is all I would expect of people.

Brendon Burns’ Outside the Box is currently on tour. For more information on the show, visit here…

For tickets to the Wolverhampton showing, visit here…

For tickets to the Reading showing, visit here…