Hiraeth is the Welsh word for longing – a deep yearning of a place or a time – and the perfect title for this performance created by a Welsh non-actress, theatre designer Buddug James Jones and her actor friend Max Mackintosh along with director Jesse Briton. It tells the story of James Jones and her leaving Wales to come to London – her desire to break free and see the world. 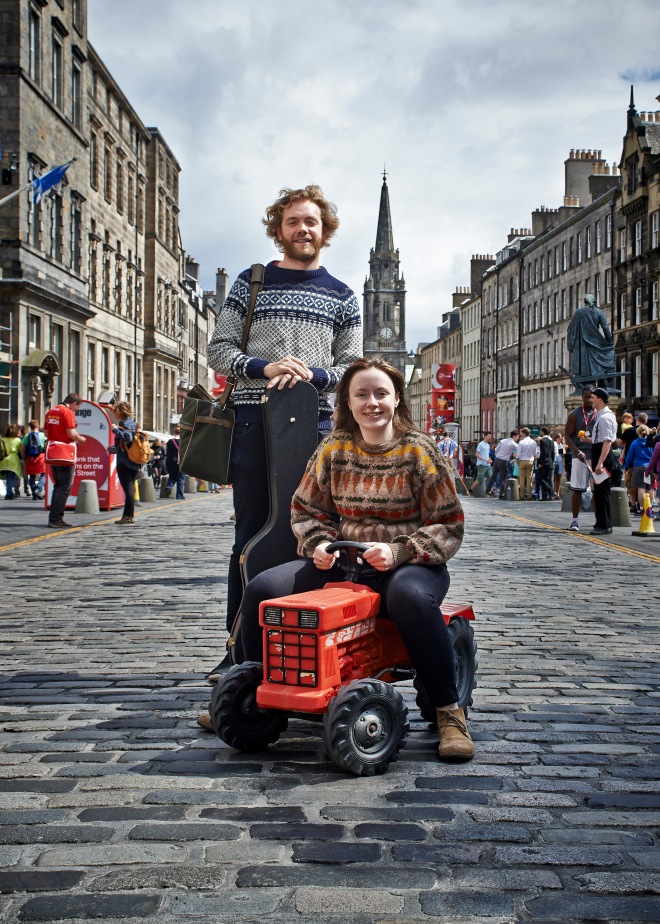 As someone who left her country of origin to seek out London’s big opportunities I must say I completely relate to James Jones’ journey of initial excitement followed by disenchantment and an immense homesickness. One only learns about true cultural identity when what we call home is distant. But it is all a big adventure and as it is said in the show: some people are a rock – stable and steady, others are the river – going with the flow.

This show is very honest, welcoming and uplifting. Buddug plays herself and even though one can see she is not an actress it is perfectly acceptable and not distracting as she assumes that fact herself. Max Mackintosh, further to playing the guitar throughout the show, plays as well an astounding number of characters in a bit of a manic and impressive way. There are little details in some of his characters that make them hilarious to watch. David Grubb is the silent fiddler who does perfectly well the role of the quiet friend/musician with great comic timing.

Hiraeth has delightful moments in which it delves in the simplest things, in memories of the past and hopes for the future. It has its dose of craziness and confusion as well. Even though the theme and the story are quite humble and plain the audience is successfully engaged in the story.

There are moments where everything is a bit too much too fast or simply too much getting in the way of the progress of the story. There’s one joke that seems a bit out of line as I notice the agitation of some audience members – Carlos (played by Mackintosh), the Portuguese/Spanish guy’s comment on the stretch marks on Bud’s body. 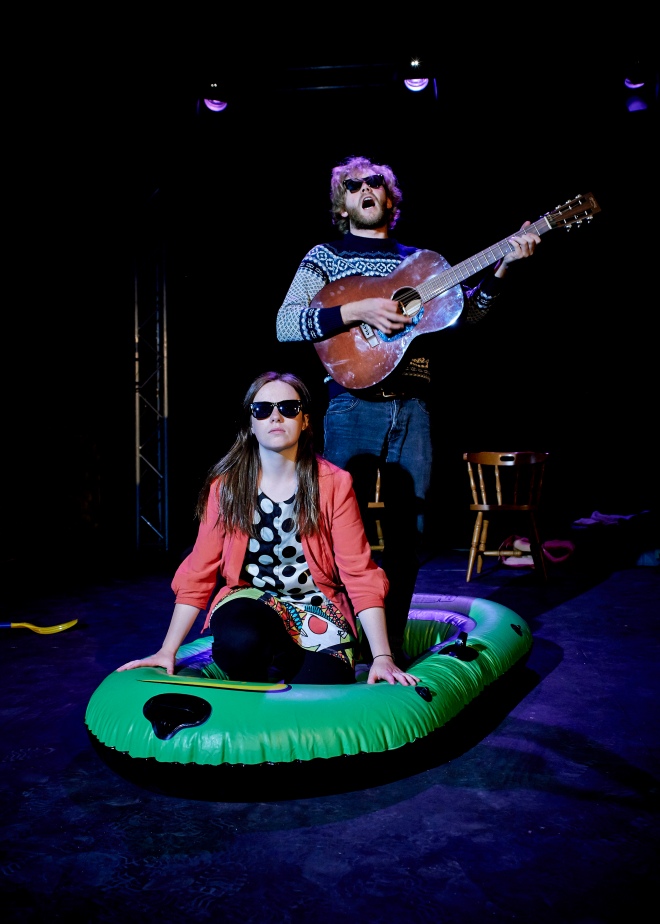 The music does an extraordinary job at involving the audience throughout the play, it undoubtedly adds that special magic to this performance. Hiraeth wins me over for its simplicity and light-heartedness – I love the landscape of three actors/non actors/musicians/friends in a theatre who just decide to tell a story, to make us laugh and empathise, to make us listen and think about our own individual paths. Are you a rock or are you a river?  4/5

Hiraeth is currently showing at the Soho Theatre until Saturday 21st March. For more information on the production, visit here…