Compiled by a myriad of storytellers hailing from Western and Southern Asia, Arabian Nights, or One Thousand and One Nights has captured the imaginations the world over with stories of love, betrayal and adventure! 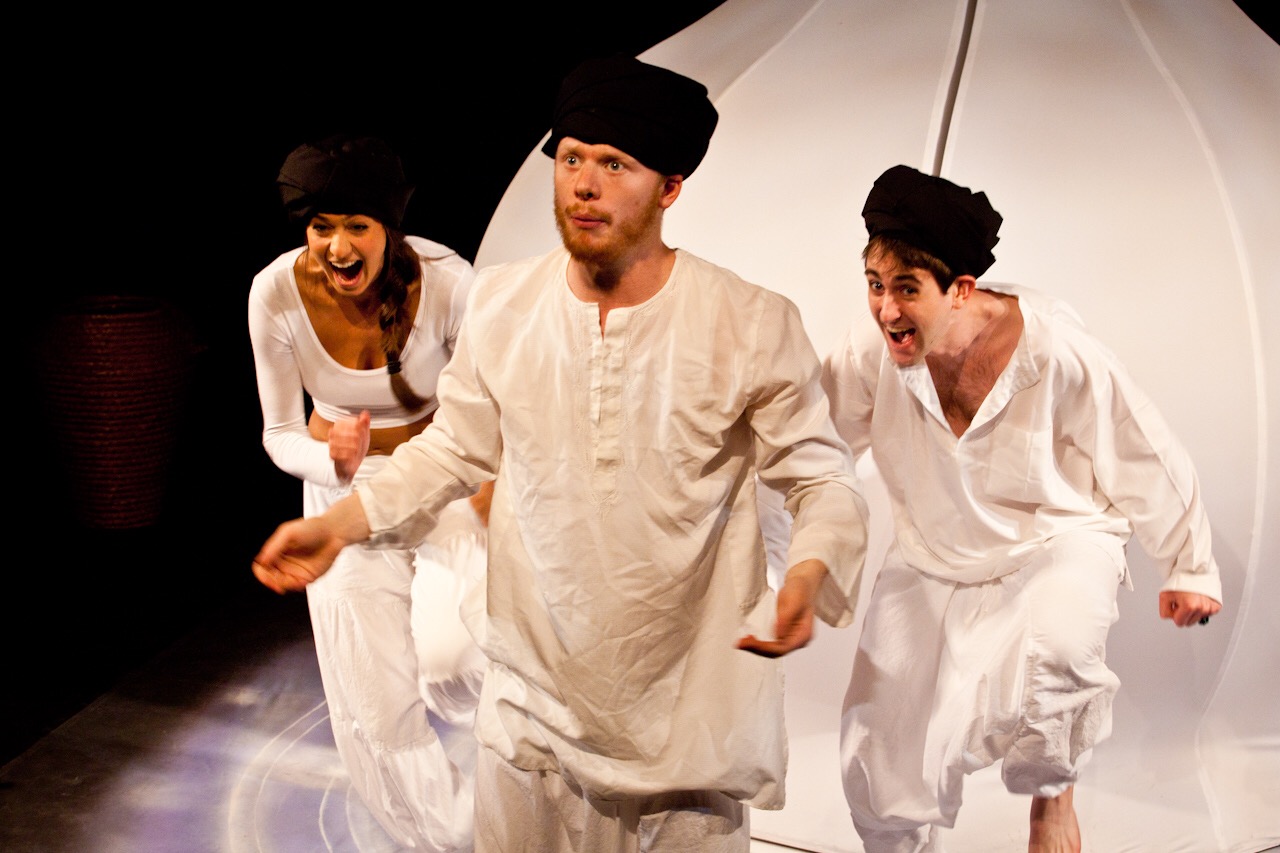 With origins in ancient civilisations such as Mesopotamia, to Persia, India to Egypt, Arabian Nights is the perfect starting point on a voyage of imagination and creativity. Cue Story Pocket Theatre, a performance company renowned for their adaptations of well loved children’s stories, as they bring to life the archaic pages of this elaborate text.

Captured by a trio of actors, Arabian Nights amuses, entertains and intrigues from the get go, as the extremely animated Luke Pitman ascends from his regal chair, laughing and joking with the audience. Bewildering both the younger and older members of the audience with a spot of magic, Pitman immediately engages the room with his down to earth persona, ensuring that audience interaction is encouraged at the beginning, which always makes for comical viewing.

Stories of Ali Baba and the 40 Thieves, The Fisherman and the Genie, The Little Beggar and Aladdin all glow in their own right, with William Forde and Yasmin Goodwin framing the entire production with their characters, the heartbroken King Shahrya and newest wife, Scheherazade as she sadly faces losing her life due to her husband’s heartbroken fuelled past. Storytelling however appears to be her salvation, and sees the King’s new wife spared for another day… and another…and so forth.

Francine Huin-Wah‘s Persian themed wite palatial dome astonishes with its beautiful design, breaking up into three pieces to create a river boat, a cave and of course the roof top of a palace. The King’s throne transforms into the protagonist of the Little Beggar, as this small charismatic character roams the stage compiled of rectangualr cushions pieces. Julia Black and Adam Forde’s production is full of wonder, challenging the audience’s perceptions of what theatre can be. Throw in shadow puppetry, physical theatre and great comic timing and you have an enjoyable piece of children’s theatre made for all of the family to see. 4/5

Arabian Nights is currently on tour. For more information on the production, visit here…