Will they, won’t they? The question that plagues every sitcom as audiences dedicate their evenings to watching the sexual tension between those two characters you just know will get together eventually. James Fritz takes the well-known trope and strips it of its television environment, suddenly isolating the eponymous “greatest love story of our time” couple from a world in which it’s acceptable to break up and get together again across ten years. We’re faced with characters doubting themselves and each other, forcing the audience to consider the flaws behind the perfect TV relationship. 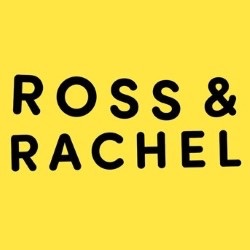 Molly Vevers delivers a flawless performance as the couple, perfectly opening up the two characters to all of their minor flaws. She is subtle in betraying his possessive nature and her tendency to fantasise over other men, slowly teasing out the multitude of reasons why as a couple the two are doomed. An unexpected factor in the marriage also forces the two characters to look at how they perceive the relationship differently, she imagining a life without him whilst he is desperate for them to stay together at any cost. Vevers brings humour one moment and so much tension the next that I find  myself physically recoiling, so powerful is her performance. The physicality of the piece is also nicely done, with a pool of water making itself far more significant as the play progresses.
There are moments of real discomfort but for all the right reasons, dealing with darker topics carefully and thoughtfully. The way Fritz’s script traverses several paths, relaying memory, fantasy and a reality stripped bare of in-studio audience laughter and sighs is beautiful. Vevers has the entire audience captivated on her every word, leaning forward in their seats with hands over mouths. It’s a performance which has the audience actively doubting the very ideals they’ve been taught to love in TV series across the years and channels, and it’s an amazingly gripping piece of theatre.

Completely deconstructing one of the most beloved on-screen relationships of all time is no easy feat, but Fritz’s script unravels the polished perfection of the couple with impeccable skill. Vevers shines in portraying the uglier side to an idealised partnership, and the references to the show are kept few and far between- but when they are used, it’s clever and in keeping with the piece. Nobody told them life was gonna be this way, so harrowing and yet so beautiful. 5/5
Review written by Louise Jones.

Ross and Rachel is currently showing at the Assembly George Square Theatre as part of this year’s Edinburgh Fringe Festival until Monday 31st August. Congratulations to Actress Molly Vevers who has been awarded the Acting Excellence Award from The Stage Awards for her brilliant performance in Ross and Rachel. For more information on the production, visit here…