David Lee Morgan was bourn in Berlin and grew up in Seattle. He came to the UK as part of a revolutionary movement in 1993. He is a renowned, yet still an underground poet; his words are higher than his stature, winning the London and UK Slam Competitions, also a writer of plays and novels. Building God is currently part of the Edinburgh Free Fringe Festival and is a sequel, following his previous show Pornography and Heartbreak. 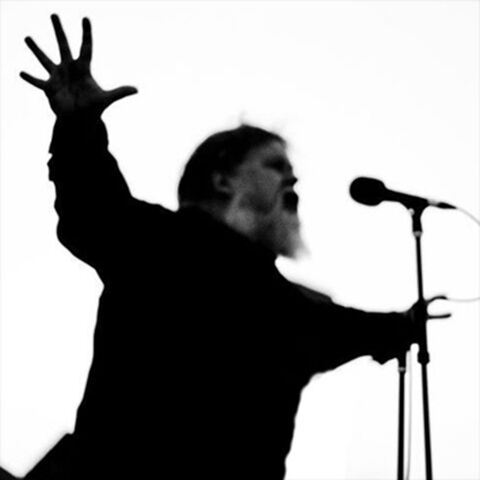 In a dark, caved room, David performs to a mix of ambient music. His poetry rides above the musical beats, and while the music adds rhythm and tune, it is nearly unnecessary in the face of the actual spoken word. The weight and content of the poetry is beyond any musical and physical element of the performance. Physically he animates the words and brings spirit to the locutions. I am amazed by the fire and intent behind his eyes, the final cogent stillness supplies a necessary exhale to the high energy piece.

Each poem has its own rhythm and beat, which follows the vicissitude of the poem. We, as the audience, are taken on a ride of high emotion and I get the feeling of motivating restlessness whilst listening to the activating words. Certainly he follows a theme that runs through the Edinburgh Festival 2015; he no doubt drinks from a communal cup of awareness; themes that can also be seen in Encounter, which denote a desperate cry for human responsibility and change. He teaches the listener to follow love, to fight for change, to follow freedom. He is not afraid to be unrestricted and talk frankly about the myths surrounding alien and demonic human psychology. He touches on conspiracy with a water-like consciousness, an old soul and a young spirit, he has a lot to offer the listener; a great story follows his poetry.

A definite must watch for anyone with a keen ear for literature and poetry; his writing style is extremely good. A taste of David Lee Morgan’s poetry can be found in the book Science, Love and Revolution, but if you have a chance to see him live, do. A hidden gem lies in the caves of Edinburgh! 5/5

Building God is currently showing at the Banshee Labyrinth as part of this year’s Edinburgh Fringe Festival until Monday 31st August. For more information on the production, visit here…