Playwright Ewald Palmetshofer speaks to Theatrefullstop about his latest work, ‘hamlet is dead. no gravity’ making its UK debut at this year’s VOLTA International Festival! 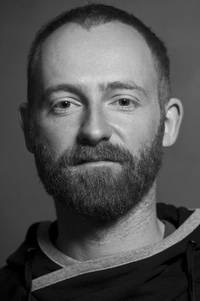 The VOLTA International Festival is well and truly underway; an exciting initiative spearheaded by acclaimed director Andrea Ferran, the festival’s aim is to bridge the gap between international playwrights and UK based directors. This year welcomes award winning playwright, Ewald Palmetshofer, who hails from Linz, Austria with his dark comedy, hamlet is dead. no gravity. Ahead of the production’s showing at the festival, Theatrefullstop was lucky enough to speak with the playwright about his inspirations for the play, why he wanted to take part in this year’s festival, and whether he’s driven by a mission statement with his works!

Hi Ewald, Your work, hamlet is dead. no gravity will be showcased at this year’s VOLTA International Festival. How are you feeling ahead of the festival?

I am very exited that my play is staged at the festival and I really do appreciate this opportunity to introduce my work to the english audience. Besides I think that Neil Blackadder has done a truly beautiful translation into English and I am very curious how the actresses and actors of the production will interpret the play, its language and of course both its tragedy and humour.

hamlet is dead. no gravity is a dark comedy placing the themes of family and death under the spotlight. Had you intended to incorporate these themes before writing the piece?

More or less. I was driven by the question of exclusion, by the shocking fact, that in our highly economic liberal societies people get lost so easily. There is a lack of solidarity and of any collective idea of a decent life for everyone. Failure appears to be just a matter of privacy or individual mistakes. I think the egalitarian heritage of our societies is shockingly rotten, on a local level but even more on a global perspective. My play tries to raise these questions within the setting of a pretty average familiy.

hamlet is dead. no gravity also witnesses yourself working with the Artistic Director of the VOLTA International Festival, Andrea Ferran. How involved are you in the creation of the final product?

My involvement was concentrated on the text of the play and questions about it Andrea and me shared via email. Neil Blackadder, translator of the play, was important in this process too. He knows my work pretty well and is very familiar both with English speaking and continental theatre. I think translation is always a kind of cultural transfer too.

What drew you take part in this year’s VOLTA International Festival?

I think it is more the other way around. I am indebted to a lot of people who made the participation of my play in VOLTA possible: my agent in the UK, my publishing house in Germany, the translator, the director Andrea and the festival itself that has finally chosen “hamlet is dead” as a play interesting enough to be staged at the festival.

As a playwright, you have enjoyed success in Vienna having recently won the Muhlheimer Dramatist award and also having your works staged and produced at various theatres. Does this add pressure to emulate this success in future works?

Every play or every writing process has its own logic and artistic imperative. I try to remain faithful to decisions in form and content which are indebted to a kind of unexpressible core which I am revolving around. This means that I concentrate on the play itself and not on its probable reception in the future. In short: success is not an artistic category.

What inspired you to write hamlet is dead. no gravity?

The play was written on commission for the former „Schauspielhaus Wien“, a theatre in Vienna that was focused on contemporary plays. ,,hamlet is dead” was the opening-play of the Schauspielhaus under the new artistic director Andreas Beck in 2007. The leading question then for me, approaching the play, was: what constellations and topics have to be risen when we talk about the present? What might be at least a set of questions that have to be risen when we face the conditions of our present age.

Do you have a mission statement? Are you driven by a certain ethos with all of your plays?

This is really difficult to answer. Basically I do believe, that what really matters in theatre is the work of the actresses and actors during the show and the work of directors, which I would define as transferring text to a physical, rational and emotional experience on stage. Being a playwright for me means to contribute to this collaboration words, content and a formal structure that should be as precise as possible. But what really matters is what will have to be found out and invented during rehearsals and what will finally appear on stage.

VOLTA witnesses the collaboration between both UK and international artists. How important are festivals like this to the new writing landscape?
I think international exchange in theatre faces the challenge of a transfer of cultural and artistic traditions which may be way more specific as in – for example – music, fine art or literature. This challenge sometimes appears to be an obstacle. Thus a festival as VOLTA has the chance to contribute to this transfer and translation that hopefully helps to remain theatre vivid and artistically challenging both for the audience and the artists.

hamlet is dead. no gravity is currently showing at the Arcola Theatre as part of this year’s VOLTA International Festival from Thursday 3rd until Saturday 12th September. For more information on the production, visit here…