Level one: prepare, obey and behave. Are you ready to enter the realm of Invisible Treasure? Invisible Treasure is an exciting fresh application of gamification, a convention that we play out in our everyday lives. It is the sense of being a player, entering into a realm of fourth dimension, choosing our paths, and playing as a natural instinct. As a production this show explores every detail listed above, it is a production of playoffs, level competition and unpredictable realities. 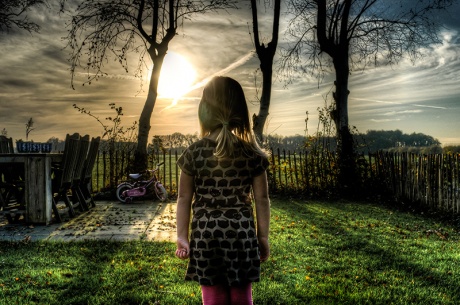 Invisible Treasure is an interactive digital play space, an electrifying exploration of human relationships, power structures and individual agency, where your actions can change everything. Creatively presented for Ovalhouse, fanSHEN and Tipping Point, exclusively present a production that is mysterious, collaborative and over everything else unique. This production denotes an essence of the fantastical, alluding to a foreboding rabbit, digital technology and a game that must be played out. The question is, are you prepared to risk everything, get to know your team, competitors, and when you have done that, ready to commit to an unpredictable reality?

This production is an ensemble of digital technology, levels and an original game structure. Invisible Treasure is inventive, with no plot, no actors and no script, this production is completely reliant on its audience, and participation is a necessity. Under the direction of Rachel Briscoe and Dan Barnard, this concept explores an ideology of civilisation, democracy, power battles and dictatorship. This is a production of the unknown, where often inclusivity battles with exclusivity of knowledge, where suspicion cannot be denied. Within this production gamification is in its element, the levels are variable and are solely dependent on the capability of the audience, you have the power to determine the end and possible future. This production is entirely immersive with each audience member engaging with the aesthetic of the game, situated in a space that is undeniably mysterious. Invisible Treasure features a high presence of multimedia, which forms the main basis for communication, an element that is reflective of current society, and empahsises the idea that as a population we spend most of our time staring at a technological screen. This piece is absurdist on every level but offers a relatable plane that every audience member will engage with.

Invisible Treasure is a show about interaction, participation and competition. The atmosphere is one of competiveness and heightened emotion, encouraging audience interaction throughout, you are the player so be prepared. There are many moments of uncertainty, confusion and frustration but this makes it more exciting and stimulating. Within the production there is a connotation of a multitude of themes which include success, reflection, leadership and competition. These are all explored within a constructed scheme of action; all levels demonstrated perfectly with non-stop action that is engaging and winning. Whilst participating within the production it is evident there is a definite sense of ownership played out by the audience, with a wilful sense of competition, and commitment to succeed.

It is a production of innovation, modernism and originality. Invisible Treasure is universal for all ages and abilities, offering something to each individual. All of the detailing is sublime, enhancing an audience’s participation, whilst presenting varied commands, challenges and mysteries. I love this production; it Is authentic and proficiently engaging, however I believe it has room to develop, hence why it is not getting full marks. This is not out of negativity but with the passion and wilful eyes wanting it to develop and be even bigger than it currently is. I leave the production inspired, evaluating my own sense of leadership and involvement within big participatory groups, maybe I need to revaluate my own sense of dictatorship, be ready to question your identity. 4/5

Invisble Treasure is currently showing at the Ovalhouse until Saturday 14th November. For more information on the production, visit here…