Faustaff is rather like a bad smell, uninviting and left somewhat of an unpleasant whiff. With a meagre ten audience members attending the performance, myself included, it doesn’t fill one with much hope. The space itself is set in the round and has a sort of warehouse/manufactured feel about it, not to forget the squeaky seats that give the impression of standing on a cat’s tail every time you attempted to move position. Feeling rather lonely on my own personal row I do not feel an ounce of excitement, or to be perfectly honest atmosphere in the room. 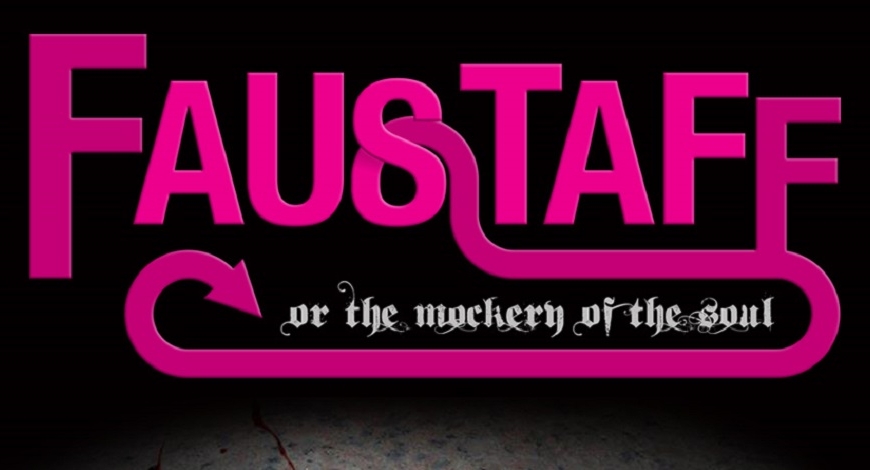 Gily Jacoby, the troubled, anxious and somewhat crazed writer (acted by Lesley Lightfoot) who openS the piece resembleS that of a lost puppy, struggling to pull together a storyline for her next book. Influenced by Satan himself, she is driven down a path she can never fall back from. Seeing her love, Olivier Simone’s (played by Jonson Wilkinson) future, in which he kills his wife and destroys his future, influences her writing greatly. Leaving her mentally scarred and unwilling to carry on when people’s lives and livelihoods are at risk or in the balance.

It is fair to say the acting is mediocre or worse, playing for laughs so much so that when they do not occur (unsurprising considering the amount of audience members) leaves an awkward aroma in the air. The set is unimpressive and forgettable in some cases, with an odd arrangement of lighting, leaving certain characters unlit and others temporarily blinded. The piece drags on until little things like actors forgetting their lines or having the pleasure of looking at someone’s back for around half an hour during one scene seems irrelevant.

Eager to find out if my views are perhaps a bit too harsh, I ask a lady (who I was previously talking too) what she thinks of the performance. Turning from her private row she replies, ‘well let’s be honest, it was bloody rubbish wasn’t it’, confirming to me that the piece just has no sense of anticipation on any level. Not painting Jacoby’s writing in a particularly good light and quite frankly leaving audiences begging for no more. 1/5

Faustaff is currently showing at the Cockpit Theatre until Sunday 6th December. For more information on the production, visit here…