Celebrating the re-opening of the Hoxton Hall, the venue welcome its first Panto having closed for restoration purposes. A Brother’s Grimm classic, Snow White has gripped the imaginations of children and adults alike for centuries with its ‘good always triumphs over evil’ ethos. With a dose of villainy, a touch of comedy and a sickly sweet romance, Snow White most definitely makes, on paper, for a dramatic night out at the theatre. 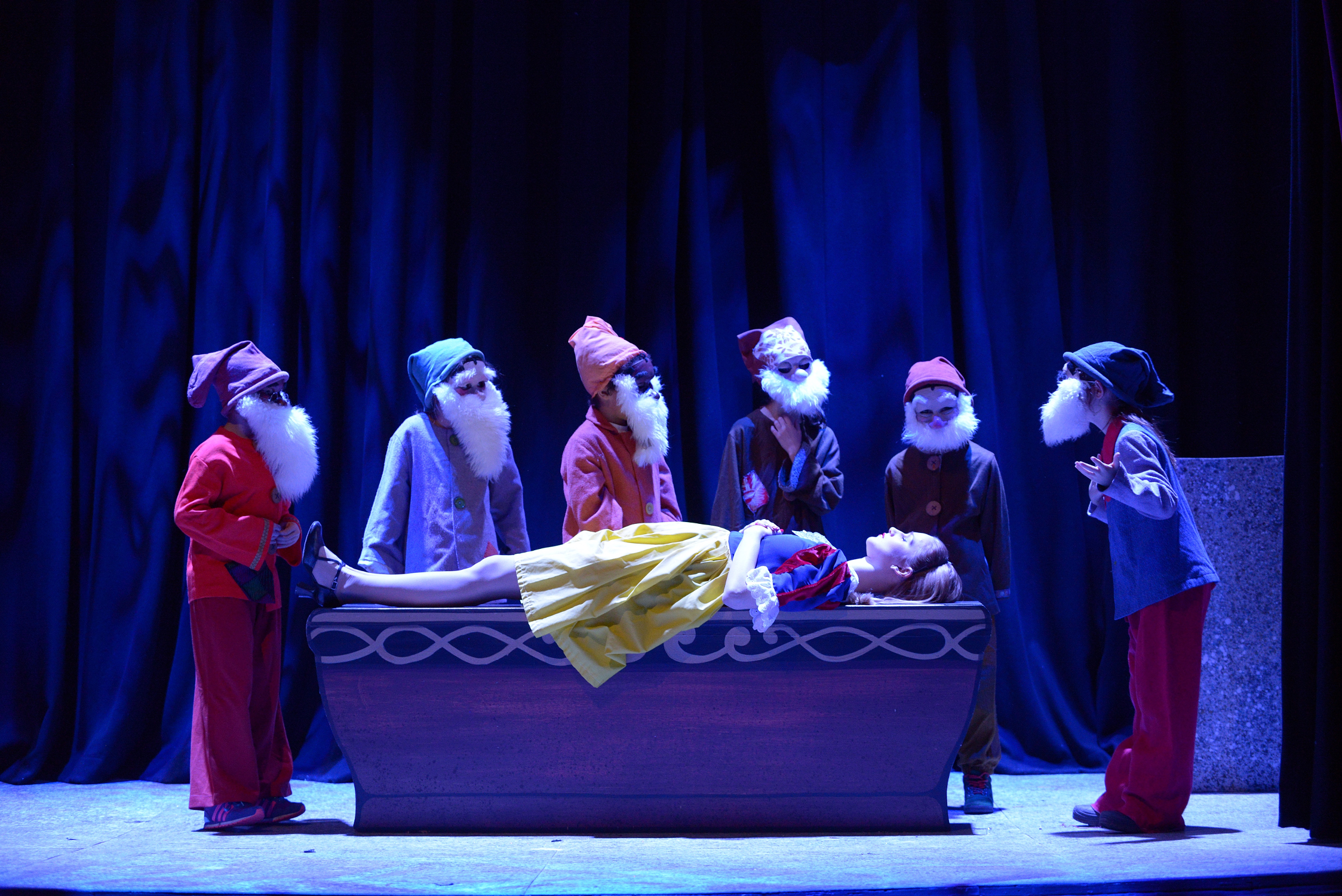 What this Panto has in abundance is a heart warming sense of community. From the get go, it is apparent that the evening will not concern itself with self indulgent speeches, rather it will not at all take itself at all seriously, and will in actual fact encourage audience participation throughout. Snow White stays true to the Pantomime format with its parading of the show’s despicable villain, Snow White’s evil step mother, Queen Morgiana. Characterised in holiday-tastic melodramatic fashion by Catherine Morris, Queen Morgiana demands applause every time she demonstratively displays her disdain for the fair Snow White. This performance is perhaps one of the most memorable of the evening but could afford to be a lot more deplorable.

The title role, played by Sarah Bakkar is sickly sweet, the inevitability of her defeating her evil step mother to achieve that mythological ‘happy ever after’ overpowers the pantomime. The predictability deducts any chance of dramatic tension that the show needs, Snow White is a shadow of a character that deserves to be carved into a heroine of the 21st century, and therefore this is an opportunity missed. She depends on the help of others, and this makes the evening feel dated. Rodney Vubya‘s Prince Richard is also sweet and charming, a character that doesn’t at all offend in the slightest.

Marc Dehaney‘s Pantomime dame is likeable, however doesn’t truly fulfil the role to its full potential. He brings a friendliness to the evening’s proceedings, but could truly bring his scenes alive with a bolder stage presence and sharper comic timing. Sam Hoye‘s Muddles is a bundle of laughs. His performance takes a while to translate to the audience, but his constant questioning to the audience and his muddling up of names makes him a loveable feature, and to have the audience sing along willingly to songs is no mean feat.

Suzie Smith‘s Forest Fairy is ethereal and a delight to watch. The use of silks in this production is a highlight and must be applauded. The incorporation of circus is enough to ignite the imaginations of the young ones in the audience, and has the audience gasping whenever she daringly tumbles to the ground, narrowly missing the stage.

The seven dwarves are depicted by the efforts of 7 children, who mime and gesture to pre-recorded sound bites of the characters talking. This technique is initially comical, however With the dwarves being known for their individual quirks, this is lost in the production. Marc Day‘s script attempts to grip the audience with its sense of humour, however jokes can afford to be sharper, and the narrative just that little bit more exciting. Songs such as Silento’s ‘Watch Me’, Pharrell William’s ‘Happy’, Take That’s ‘Greatest Day’ and Queen’s ‘Killer Queen’ make an appearance, which obscure the Panto’s opportunity at achieving originality, and also confuse due to the wide variety of eras, taking away from the Panto’s identity.

Karena Johnson directs a community-centric piece of theatre drawing from the traditions of Pantomime, that if performed again would benefit from clearer defined characters and a greater sense of accessibility to a 21st century audience. Well done to the cast for this community infused production, it’s noted just how much fun the ensemble are having on stage.  3/5 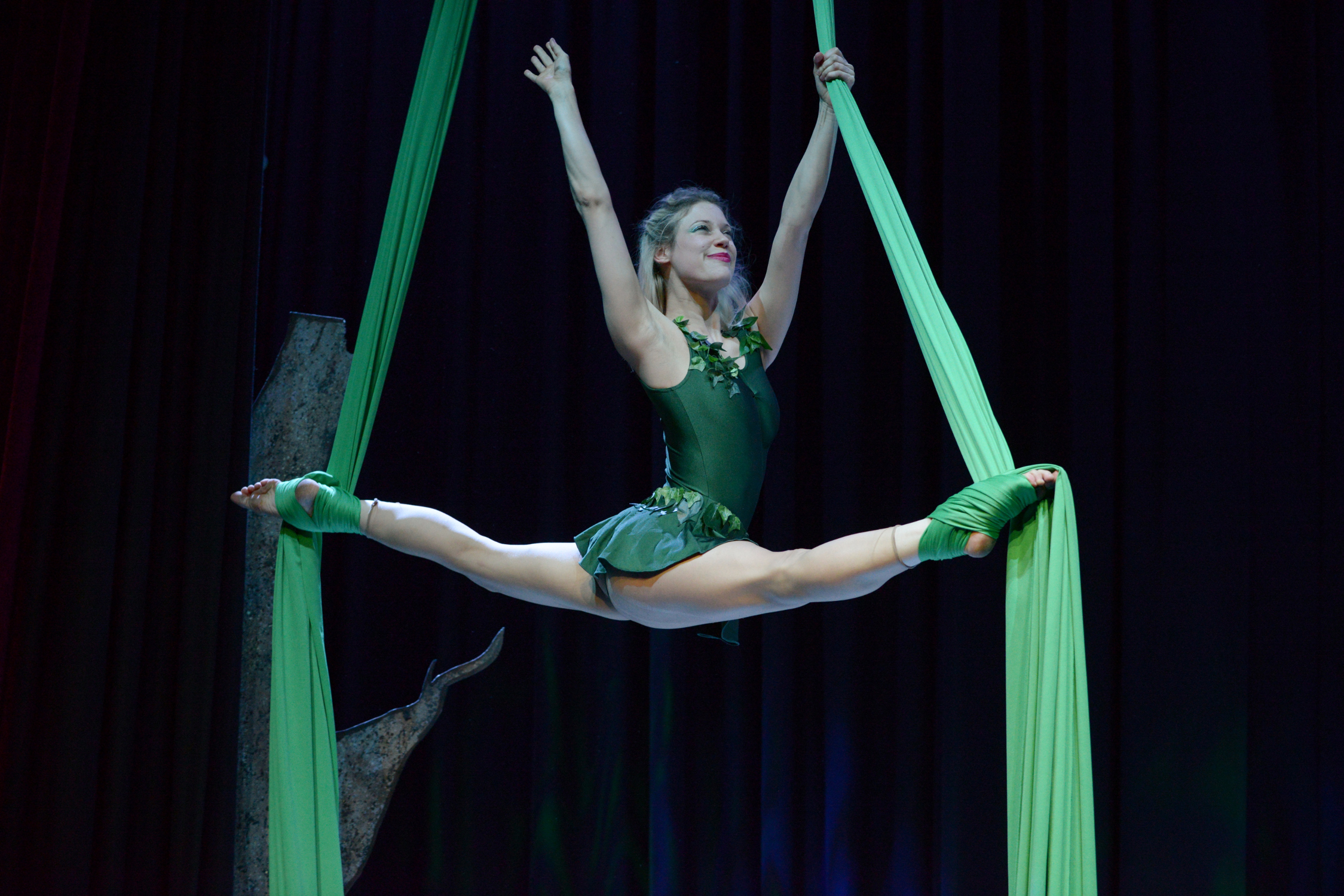 Snow White is currently showing at the Hoxton Hall until Thursday 24th December. For more information on the production, visit here…