STEREOPTIK Founders Jean Baptiste Maillet and Romain Bermond speak to Theatrefullstop about their latest piece ‘Dark Circus’ soon to be performed at the London International Festival 2016! 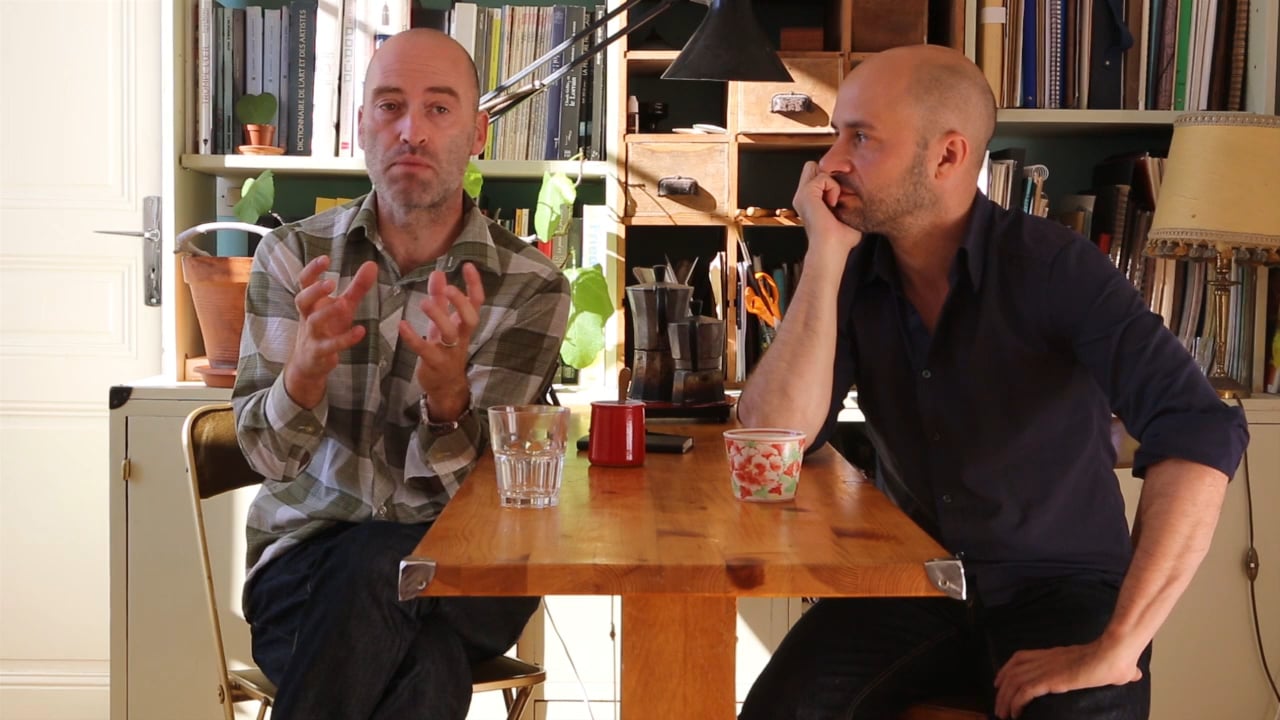 Jean Baptiste Maillet and Romain Bermond, better known as STEREOPTIK, have entranced audiences alike since 2009 with their integration of cinematography and musical accompaniments to make pieces that truly stand out. A partnership that proves vital to the end result, Maillet and Bermond go beyond being performers of their pieces, designing every element, from the narrative, to the lighting, to the soundtrack embedded within each show. Ahead of their performance of Dark Circus at this year’s London International Festival, Theatrefullstop were able to speak Maillet and Bermond about performing at this year’s festival, how they both approach creating their work and the importance of LIMF for the promotion of physical and visual theatre.

Hi Jean and Romain, STEREOPTIK will be performing their new piece, Dark Circus at this year’s London International Mime Festival, how are you feeling ahead of the event?

It’s the first time we ‘re coming to perform our show in England. We are very pleased and honoured to be part of the London (International) Mime Festival. We hope that the spectators in London will enjoy the show.

Could you explain what Dark Circus is about?

It is the story of a sad circus, coming into a morbid town. The show starts and catastrophes pile up one number after another. The trapezist crashes to the ground, the animal tamer is devoured by his lion, the human cannonball never returns from outer space. Luckily there’s a clumsy juggler to breathe a little colour into the proceedings.

What inspired the creation of Dark Circus?

At the very beginning, we had a short story written by Pef, who is a frenh author.

Then we worked 2 years to create the different acts of this circus, using a lot of drawing techniques and simple materials : ink, sand, pencil, charcoal, paper puppets, cartoons…

Four cameras are filming the drawing, or the puppet manipulations.

The spectators are free to look at the screen, as if they were watching a movie, or to observe how we are creating this movie, and the music that accompanies it.

Everything, from the music to the illustrations is created in front of the audience with no digital effects or editing. The company’s pieces play with the relationship between a work and the process of its fabrication.

Could you explain what happens in the rehearsal process?

Each project is a chance to experiment with new tools and new techniques. The result doesn’t necessarily match with our initial idea, and sometimes the research has to keep going. Since we started experimenting lots of different things, we have so many unused ideas that we have recently imagined an art exhibition to show some of them.

With all of STEREOPTIK’s work, it is evident shows would not be fully realised unless the both of you are working on a project. Why is collaboration so important?

STEREOPTIK was born from a meeting. We’re both musicians and visual artists and we share all creative duties on our shows.

When we’re working on [a] project, it’s impossible to tell which one of us came up first with a new idea. The ideas are like tennis balls, and we are the players. The match is ending when the both of us are satisfied with the result.

Onstage, even if we both manipulate the puppets, one of us draws, the other does the music. That being said, it’s not quite as clear-cut in Dark Circus because some instruments play an active part in the scenography and in the story. At some point, the snare drum comes to represent the circus ring, and the guitar becomes a character.

When we first started performing our shows, we didn’t know that we were making visual theater, and we still don’t know exactly what it means. It’s only afterwards, that outside observers named it “theatre of objects” or “puppet theatre”. Our work doesn’t really fit in any category. We are just making shows from what we have, and what we can do : drawing and playing music. We never received any training to do what we do today, even though we both have backgrounds in fine art and music. We don’t use any specific technology. Some part of the music is played live on stage, and some other parts have been priorly recorded. The music is a mix of  funk, soul, electro, and orchestral music.

The London International Mime Festival is celebrated for showcasing an international line up of circus performers, physical theatre artists and visual theatre performers that perhaps wouldn’t be readily accessible throughout the year. How important are festivals like this in the theatre world?

These kinds of festivals are very important, in order to show the audience how the performing arts can be multifaceted. They are places where artists from all around the world can meet and get the opportunity to discover their peer’s work.

Will you be watching any fellow artists at this year’s festival? If so, what shows are you looking forward to watching?

Of course we will, but we still don’t know which one. We are curious, and really looking forward to come to London. Above all, we will try not to lose our souls in the London nights.

Dark Circus will be performed at The Barbican, Pit from Tuesday 26th until Saturday 30th January. For more information on the production, visit here…