What universally are the most important themes that tie us together? Love? Family? Loss? Forgiveness? For millennia, these are ideas that have been continually looked at, questioned, idealised and analysed in literature, theatre and within the last century film and TV and yet in 2016 we still find ourselves drawn by these themes… but why? Because they are complicated. They are multi-faceted and we always seem to seek wisdom on them… Laila the Musical loosly clasps onto these concepts, and bridges the gap between an ancient world, and our modern technology-centric landscape. 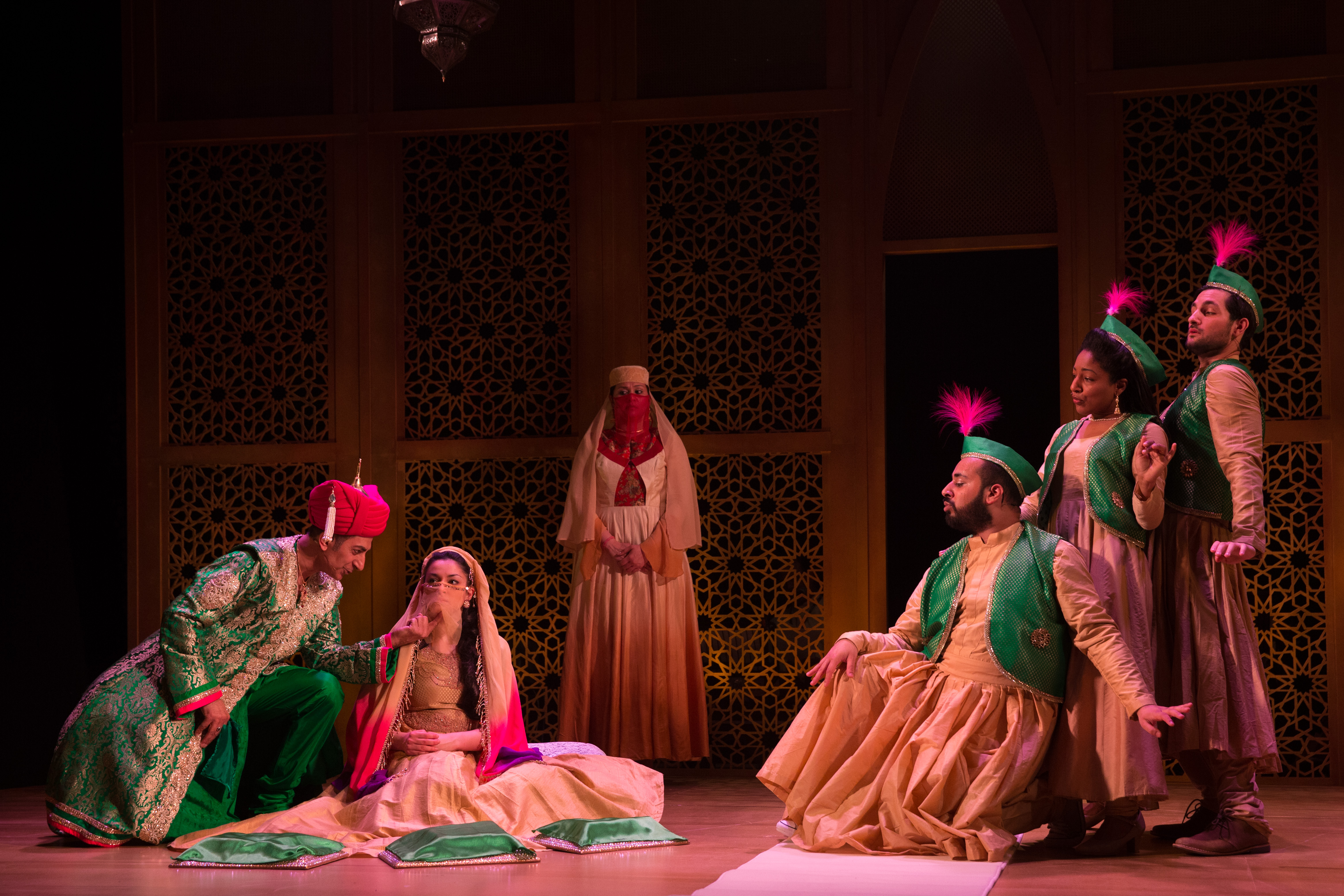 Rifco‘s newest creation, Laila the Musical pictures two young lovers from warring households fall head over heels for one another. This is hardly an original framework for a production, however if done successfully can make for riveting drama. Although Reece Baha (Qays) and Mona Goodwin (Princess Laila) sing beautifully…The result however is two dimensional. With this type of storyline the audience want to be able to root for the tragedy stricken couple, however the narrative alone isn’t enough to have everyone onside, and on this ocassion the characterisation isn’t intense enough to cause an emotional stir.

Laila the Musical wraps the heavy weight of the themes addressed with a fun, comical and vibrant air. This is most evident in Sheena Patel‘s characterisation of Princess Laila’s maid Zeenat, although she is aware of the impact of the Princess’s unconventional ways, she becomes a silent rebel, bound by her loyalty and a figure of strength considering her social standing. The beaming features of this production are the choreographed sequences, brought to us courtesy of Cressida Carré and performed brilliantly in particular by Yinka Williams and the musical orchestration and accompaniment, courtesy of Benjamin Holder and Sumeet Chopra.

The narrative itself has promise, there’s a real sense of jeopardy felt near the first half’s conclusion, however the feeling is that the tension immediately escalates at that point rather than gradually mounting. By the time the stakes have risen I’m not truly invested in the character’s romance. The technique utilised by the cast to adorn the songs is beautiful. Rather than belt the songs out like a typical western musical, songs are performed with an Indian classical flourish that makes for an entertaining listen. 2/5

Laila the Musical is currently showing at the Watford Palace Theatre until Sunday 17th April. For more information on the production, visit here…