A night of inventive and creative performance, a contemporary circus practice that is fun and comic to watch. The night consists of two performances, opening with a piece in development performed by Pop: A New Circus Concept, followed by Barely Methodical Troupe presenting Kin, a World Premiere. Complimenting each other both pieces embody contemporary circus, enhancing an element of story telling, characterisation and aesthetics of production. 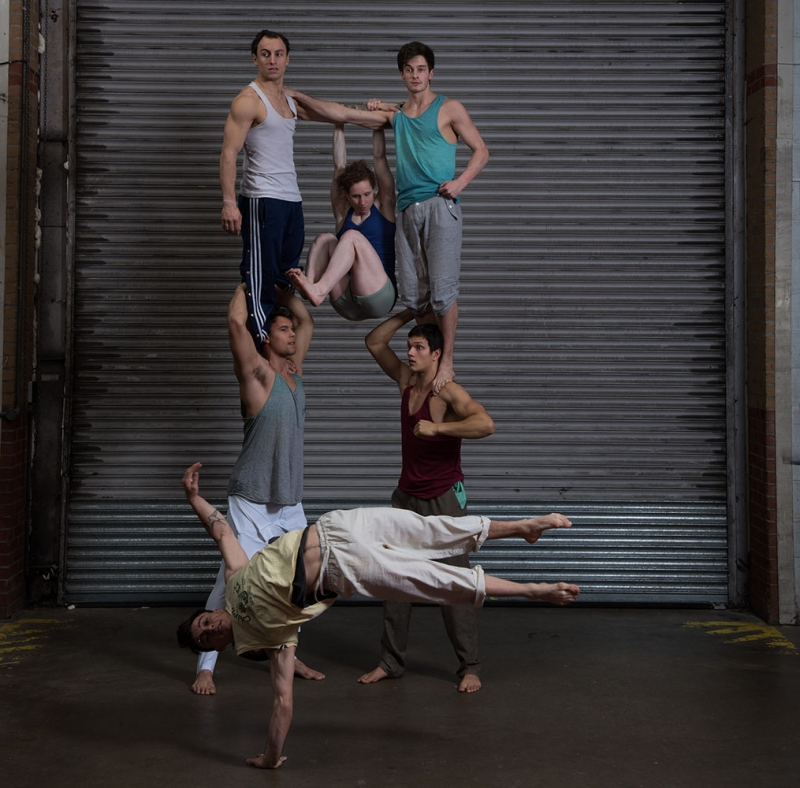 Both pieces challenge the concepts of contemporary circus, embracing unique dance sequences which amuse, within an articulation of character. In collaboration with Circus Fest, The Roundhouse yet again offers a night that is universal to all ages and audience demographics.

Opening the show is Pop: A New Circus Concept, a recent collaboration currently in development focussing on the power of music and sound, finding the root of how music and sound affects everyday existence. In their attempt to bring together music, narrative, circus, dance and fashion this show has a successive path of development ahead of it. Developed alongside a series of workshops with 14-25 year olds, this project is one of the many outreach programmes provided by the Roundhouse. Being presented on the main stage, it is great to see the Roundhouse demonstrating the opportunities they provide and offer their young creatives, an element that is noteworthy from such a prestigious arts venue.

The headline act presented by Barely Methodical Troupe is a cleverly constructed showcase of talents within an abundance of comic dialogue and amusing characters. This show displaces the traditional circus and asks its audience to immerse themselves in a narrative that questions fear, family and escapist entertainment. This is a production that presents immensely loveable characters, including a powerful controller bringing the purpose and drive to a show that is well structured. Barely Methodical Troupe is an experimental acrobatic circus company fusing hand-to-hand and Cyr wheel with a through line of creative dynamic movement. Kin is the company’s second show, presenting a group with its own arbitrary rules, its own leaders and followers and a constantly shifting dynamic between those who take and those who give up control.

Kin, is filled with dynamic imagery that displays a multitude of circus based practices and skills. Technically this show is on point showcasing a variety of lighting and sound effects that only add to the visuals presented on stage. This circus arts performance denotes an awareness of performer interaction, teamwork and character development. The double bill offers thought and demonstrations that are engaging, ambitious and visually dynamic. I leave the production with a desire to join some from of circus training, perhaps the outreach programme provided at the Roundhouse. 4/5

Kin is currently showing at the Roundhouse until Sunday 24th April. For more information on the production, visit here…

« Previous post
Me, Mother @ Roundhouse (Circus Fest) Review
Next post »
The House Of In Between @ Theatre Royal Stratford East Review