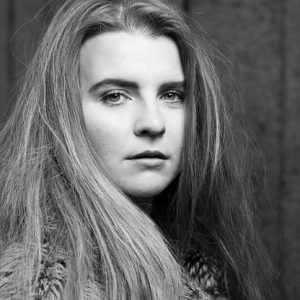 The hot talking point within the arts has been the lack of diversity on stage. Considering it’s 2017, it’s quite intriguing as to why this hasn’t been addressed throughout the industry. With majority of theatre audiences being female, why aren’t their stories reflected? Theatre N16’s Literary Manager Nastazja Somers has pioneered a new festival aiming to shine a light on the female voice. Ahead of the 3rd edition, Nastazja talks about the festival’s much needed presence.

HerStory is a feminist theatre festival celebrating the varied voices of women throughout history. What inspired you to create the festival?

I originally trained as an actress, and whilst I dreamt of making important and urgent work I soon realised I was never going to fit this industry’s requirements; be it because of my accent, my shape or my personality. I was constantly told to “play the game” but whatever this game is, I don’t like it. Soon after graduating I realised that every single conversation I had with my fellow female theatre makers would sooner or later be about the ever so present lack of multidimensional roles for women or the sexism in the industry. I was becoming more and more frustrated with what this industry is imposing on women and how little it has to offer. I remember I was reading an interview with Denise Gough who very openly talked about casting directors commenting on her looks and I realised how angry it made me feel. But I didn’t just want to feel angry anymore, I wanted to do something, hence I created HerStory. Whilst one of my ideas was to bring a lot of historic and forgotten women centre stage, I think the main ethos of the festival is about challenging the industry and letting those in charge know, that we’ve had enough.

The festival will host its 3rd edition this month. What has the response been towards HerStory?

I knew that there was a lot of determined and angry female theatre makers out there but I never expected the momentum that the festival has created. It’s not only that we are completely packed out every time we do it, it’s also the fact that so many people from all backgrounds crave this and are incredibly supportive towards our work. I think the grassroots of theatre, in this case THE FRINGE has the great responsibility for addressing issues such as diversity, sexism and elitism in the theatre. If anything we shouldn’t spend that much time accusing those at the top but reflect on our own practices. I don’t see enough female-oriented work at the fringe, I don’t see enough BAME actors or directors in the Fringe and I definitely don’t see any foreign actors there either. I think this is one of the main reasons why HerStory has been so successful because people finally get a chance to see theatre that they rarely get to see.

What does the festival entail?

At the moment the festival consists of two evenings of political, unapologetic and feminist theatre that challenges the norm and often provokes questions about the way we view women. The work varies in style and genre, and whilst we stage new writing, we also stage performance art, devised theatre and spoken word acts. This HerStory is also very special as we have Barbara Houseman, a leading vocal coach, running a workshop with four actresses. She is going to work with them on male soliloquies by Shakespeare and the result of the workshop will be staged at HerStory on the 18th of February.

How do you decide what shows make the programme?

It’s one of the hardest aspects of curating HerStory. I try to reply to each application individually which can be a massive challenge and this time around alone I received over 200 applications. Very often my decisions are based on having to keep the evening varied, be it thematically, contextually or stylistically. If I feel drawn to a certain script or project, but I know that it’s too long or it needs more rehearsal time than we can afford; I will keep it in my “Future HerStory” folder. To give an example I have received a beautiful and compelling script from the USA about the underground abortion movement and of course I could rush things through and stage it, but artistic quality is very important to me. I know I can do it justice in the future and eventually it will get the attention it needs. Also I really can’t stress enough how many amazing female writers are out there and how many important and urgent subjects theatre still has to explore.

How long does it take, from page to stage to put on the festival? What does the organisation process entail?

From the moment we announce the dates and put out the casting call I’m fully engaged in working on HerStory. I read everything I receive regularly, as I know that the closer the deadline the more I have to read. I’ve read 34 scripts over the last 48h, I had to cast three pieces and deal with the marketing side of things. Once everything is programmed and I choose the pieces I organise the rehearsal schedule for those who are working from page to stage. I also programme performance art pieces or solo shows that have already been rehearsed and are ready to go, for which I need to schedule technical rehearsals. I have to say this is a very demanding full time job but one that is completely worth it. I’m also surrounded by amazing and dedicated people who help me with anything I need. I would not be able to do this without Sebastian Atterbury, who is our stage manager, lighting and sound designer and operator.

Where do you vision HerStory in the future?

It’s inevitable that the festival is going to run longer than two days, simply because there is just so much good work out there that I want to stage. I would also like to engage more with communities and run more workshops alongside HerStory. I want to keep collaborating with young and bold artists who are hungry for change, but I would also say that I’m very happy that so many actors and directors who work at the festival, keep coming back.

, a fantastic young director who worked on the first edition is back for HerStory 3, and Bj McNeill has been directing at the festival since the very beginning. Finally I would like to grow on such a scale that it would be impossible for people to ignore the work we are doing.

What advice would you give to playwrights wanting to submit a piece to the next festival?

HerStory will take place at Theatre N16 from Friday 17th until Saturday 18th February. For more information on the production, visit here…