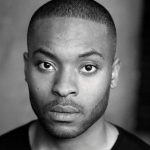 Tiata Fahodzi are renowned for highlighting stories from the African Diaspora and have challenged stereotypes for two decades. The company’s 3rd Artistic Director, Natalie Ibu continues this tradition by collaborating with the UK’s best Black British talent to take a snapshot of Britain today. Award winning actor and writer, Arinzé Kene returns to writing for the stage, having written critically acclaimed God’s Property for Talawa Theatre four years ago. Arinzé speaks to Theatrefullstop about Good Dog, a piece tackling many issues through the eyes of a young boy in contemporary Britain.

You’ve teamed up with Tiata Fahodzi to write their latest piece Good Dog. How are you feeling ahead of the show touring?

I’m feeling great. I think we have a fantastic director, Natalie Ibu. I’ve seen a play of hers before and I know that she’s brilliant and how dedicated she is. Over the course of drafting the play she read so much on the subject matter; way more than I’d actually read when I was researching it actually because she wanted to get into the story. She’s from Scotland and this play is set in the inner city of London so she went ‘all the way to smell the streets that it’s set on’ and to get into the mind of the characters. Anton Cross our actor is brilliant, he came into the audition and just blew us away and the whole team, I’m impressed with everybody so I’m feeling confident ahead of the tour.

Good Dog is a very timely piece looking at themes such as multi-culturalism and injustice. Why in particular did you want to look at those certain themes?

The actual inspiration for Good Dog was the London Riots and I think it had to do with the things you have just mentioned actually. I made some notes at the time but I didn’t have a story. Good Dog is about a young guy who believes that if you are good, then good things will come to you; it’s that cultural attitude in the Western world that we are told from a young age and it’s the reason we are told to behave ourselves and to do good deeds and so on. You begin to think that it’s the law of the land at that age and the way that things work. As this character grows older he begins to see that it’s more complex than that. Good Dog follows his disillusionment as he begins to figure out through his eyes how the world works.

What do you think audiences will take away from the show?

It’s a show [where] you’ll laugh, you’ll find it funny. It’s through his eyes, there’s a lot of humour in his world. It’s very light at times and dark so the audience will be taken on an emotional rollercoaster. It also challenges; our lead, our tragic hero isn’t good or bad but you understand him. I think the audience will leave feeling purged.

Can you explain your process for writing the piece and do you always follow this process?

Every process is different. I wrote it all at the British Library; the first draft took me 5 weeks or 6 weeks to write. It was a play where I was able to write a story document before I wrote the play and then I began writing the play. It was exactly how I’d written it in the story document, now that is the first time that has ever happened. Most writers will tell you that you write a story document, you can plot it out but as soon as you start writing, things happen and it just changes. It was quite a unique experience. In the play I draw from several experiences that I had growing up so it’s quite close to me.

Who or what has inspired you in your writing career?

My mum, she’s a great role model. Very often I think about when I’m telling stories, I [have to] make them mum worthy, I make them good enough for her and they have to be saying something. My favourite playwright is August Wilson and my favourite writer is Langston Hughes. I’m constantly reading and re-reading their work and they inspire me. The biggest what actually is people today. It’s my favourite subject, I love people, I love knowing about what we are going to do, what we did and what we’re doing. That’s history, common fears, what’s going to happen to the world? What’s going to happen to us? I think that’s the reason that I write; somewhere deep down I’m writing [so that in] the future [generations] know a little bit more [about the] narrative of what times were like now.

I never left but I was busy working on a couple of acting gigs; it was back to back jobs, one after the other and it just turned into two years. You realise that you haven’t had anytime to deliver or work on new drafts. There [was] a window of opportunity in 2016 to develop work and work on my writing so I guess that’s how we got to where we are now with Good Dog although I think I’ll be making plenty of time to get away and focus a little more on writing.

What advice would you give to aspiring writing and performers?

It’s the same advice I always give… start now! Collaborate and start now! We are very powerful (content creators). People are watching more television than I believe they have ever watched because of multi-platforms. People are watching so much on Netflix, on their phones and on their tablets and now you have not just television but a trillion, gazillion channels and they all exist online. There’s so much you can do now; Quentin Tarantino said it a while ago, ‘no one has any excuse now to not make stuff’ because he had to wait, he had to send it to all of these people and get all this money because the only option they had to make a film but now you can work for a month and save enough money to buy a camera that’s good enough in order to make your film.

Good Dog is currently on tour, for information on tour dates, visit here…