Roundelay, by Visible Theatre, is a collection of sweet and funny vignettes about the complexities and surprises of finding love in old age, featuring a cast of (mostly) older performers. Punctuated with circus and dance, the show is defined by a circular motif that focuses on one couple per story, with one partner moving into the next story and continuing “the circle of life”. 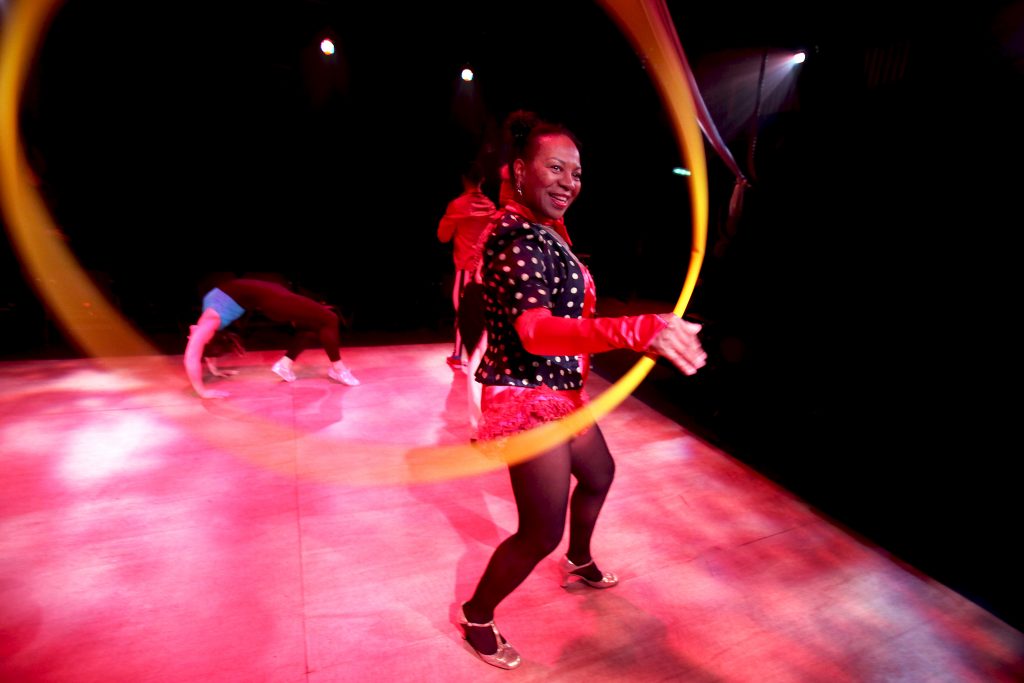 Roundelay takes inspiration from the structure of the late 19th century play ‘La Ronde’, by Austrian writer Arthur Schnitzler. Originally banned for its racy content and dashing of sexual taboos, it now finds its place at Southwark Playhouse, on The Large stage, ironically a small and intimate space, for intimate stories.

The titillating tone of the show is set by the seductive and sultry voiced “Ringmistress” of the circus, who commands and narrates each vignette. She reminds us that this circus “may not have lions, but we have tigers raring to go!” With the prologue dubbed as “foreplay”, subtle titles such as ‘Flesh on Flesh’, and with its spin on older performers, this isn’t your average show, but then Visible theatre, set up in 2012 by Sonja Linden, is not your average theatre company, being the only professional company in the UK representing the stories and perspectives of older people.

This latest show covers diverse subject matters, including marital affairs, divorce, fears of being alone, longing for youth, coming out, flings, former lovers, toyboys, love that transcends age, race, and culture, and most importantly, accepting oneself. Oh, and navigating that new thing called Tinder. Relationships often turn out to be not what they seem at the beginning- a woman who appears to be taken advantage of sexually turns out to be asuffering from dementia and lashing out at her genuinely caring husband. Indeed, Roundelay doesn’t shy away from giving a raw treatment of the human condition, and despite all the humour and joviality, death, and mortality is always present. Rather than dwelling on it, the characters make the most of their time alive, and their potential to find love, despite the odds- as put by a character, “I’m not sure what sex is anymore, I’m sure I wrote it down somewhere.”

Roundelay is an empowering show, and gives a voice to a subject rarely considered. Regardless of whether the idea of wrinkly people getting it on is your thing or not, if you’re even the tiniest bit open minded, you’ll find this a breath of fresh air, and a heart-warming experience. 4/5

Roundelay is currently showing at the Southwark Playhouse until Saturday 18th March. For more information on the production, visit here…