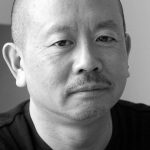 David Henry Hwang’s latest drama Chinglish witnesses an American protagonist attempting to establish a business in China; however what stands in the way is a lack of knowledge of culture and the language. Lobo Chan prepares for his role as Cai Guoliang- Culture Minister of Gue Yang; responsible for granting the American protagonist the permission. A trained opera singer and actor, Chan has starred on both stage and screen-most notably starring in Peter Jackson’s epic King Kong in 2005. Chan speaks to us about his latest stage role.

Hi Lobo, you’ll be starring in David Henry Hwang’s Chinglish, could you explain what the show is about?

Chinglish is a comedy about an American businessman trying to pitch for business in China and the obstacles, language and custom among them that he encounters.

Can you describe your character Cai Guoliang?

He is the Culture Minister for the small city of Gue Yang. He is the man who has the power to grant ‘the American’ permission to make bilingual signs in the new cultural centre but is torn between family obligations and public service, tradition and progress.

How did you prepare for your role?

Brushed up my Mandarin!

What drew you to the play and the role?

I think what drew me most to Chinglish was the fact it’s a hilarious comedy with East Asian characters that are realistically drawn. It also has moments of touching drama.

What do you hope for the audience to take away from the show?

A good night out, and hopefully some cultural insight.

How are rehearsals going for the show? Can you describe the rehearsal process?

Rehearsals are great fun, every cast member constantly finding new ways to interpret their lines and make each other laugh.

Your performance career has seen you work on the stage both as an opera singer and actor as well as work on TV and film. Which do you enjoy the most? Which is the most challenging?

Each has its own reward. For instance, singing is a good physical work out, and nothing feels better than nailing a difficult scene. I would say, for East Asian actors, the greatest challenge is finding a role that has a good degree of depth.

What advice do you have for aspiring performers?

Believe in yourself and don’t give up!

Chinglish will be showing at the Park Theatre from Wednesday 22nd March until Saturday 22nd April. For more information on the production, visit here…