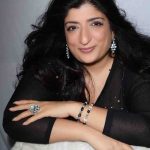 The Women’s March will be marked in history as a protest that brought the world together. On Saturday 21st January, after the inauguration of President Trump, millions took to the streets in opposition to multiple statements made by the infamous president regarding women’s rights. Affected greatly by the cause and camaraderie present on the day, comedian Sajeela Kershi would seek inspiration for her latest show Fights Like a Girl! Read on to find out more about the show…

Hi Sajeela, you’ll be performing your latest stand up show Fights Like a Girl! at this year’s Edinburgh Festival. How are you feeling ahead of the show?

Haha I’m already exhausted! I’ve not had a break since February, I was working simultaneously on another commission (an empowering female led theatre piece for the Southbank Alchemy roadshow called Mother Tongues from Farther Lands and that ended in June and then it was straight into the new show Fights like a Girl. Apart from feeling tired, I feel in control. I’m on the right track and looking forward to performing the show, meeting my audience and developing the show further during the month. So far the reaction at previews has been positive!

Fights Like a Girl! is a culmination of issues that have shaped who your are today. What issues in particular will you explore in the show?

FLAG! is a true storytelling comedy show which starts at the Women’s March on the 21st January at the beginning of this year. I reflect back on my own life wondering what led me to that moment on the frontline, what makes me fight and why? The audience get to consider if they are ‘fight or flight’ by nature. Is it easier to fight for others than yourself? Oh and there’s a true hostage story, don’t worry it’s funny. I come from a very politically motivated family which back in Pakistan has got my family into a pit of a pickle at times. My father always taught me to fight for a better world and to stand up for what I believe in. Yep a sprinkling of all of this against the backdrop of the climate we live in today post brexit and Trump.

The show was born at this year’s historic Women’s March. Why did this event inspire you so much?

It restored my faith in humanity. That day in January we the many, made our voices heard. It reminded me of the power of the people which I was taught about as a child but forgotten. Post Women’s March my heart swelled with pride when the world marched against Trump’s Muslim Ban and reminded me that there are more good decent people in the world than bad. Together we have the power to change things.

Whilst I was actually on that march! There was a couple of incidents in that march which I thought at the time ‘this could (with a bit of artistic licence) be hilarious on stage. Those tit bits of gossip make it in the show. I address my own flaws and I’ve tried to keep it to my own personal take on the world.

What would you like for your audience to take away from the show?

I’d like them to feel uplifted, inspired and empowered! To have faith that they CAN make a difference.

Who or what inspired you to pursue a career in comedy?

So many inspired me and continue to inspire me – Joan Rivers, Dave Allen, Rik Mayall, French and Saunders, Billy Connelly, Richard Pryor, Bill Hicks, I loved Spitting Image – satire… I could go on and on….but if I’m totally honest it was watching Goodness Gracious Me team and Lenny Henry that made me think, that as a WOC possibly I could make people laugh.

What advice would you give aspiring stand ups and comedy writers?

Ok I will get slated for this, the industry is very formulaic right now, youth obsessed with TV dreams and tours full of cookie cutter comics. If fame is all you seek then you may miss out on developing your own unique voice and style. I don’t write puns. My comedy is all attitude and storytelling. That’s the way I want to do comedy, it’s the comedy that I enjoy watching. I think you can only be true to yourself. Do the comedy YOU want, and do it your own way. Edinburgh is a great place to hone in your craft. Gig as much as you can, write every day and focus only on your own stuff not how well someone else is doing. Otherwise you will end up bitter and lose the joy of the art.

Sajeela will be appearing in storytelling show Immigrant Diaries at The Stand Comedy Club, August 4 – 13 @ 3pm