After the first Theatre & Technology Awards took place last October at the Bush Theatre, preparations are now underway for this year’s awards. This year’s event will take place on Sunday 21st October 2018, the venue will be confirmed later on this year. 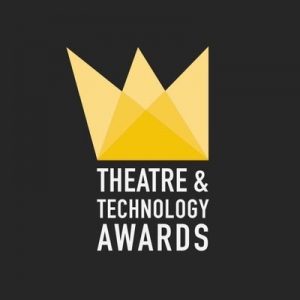 The initiative sets to embrace our digital age of theatre, celebrating professionals behind the scenes who help to enhance the theatrical experience. You can read up on last year’s winners as well as how the debut ceremony was put together. The awards couldn’t happen without the final say of the judges, with each judge closely matched with their allocated category. Introducing this year’s judges: 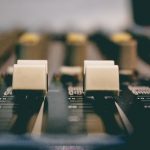 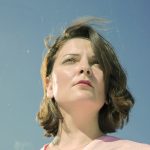 Creative Innovation in Lighting: Eliza Alexandropoulou– Eliza was born in Thessaloniki, Greece. She is a graduate of the Aristotle University of Thessaloniki, with a degree in Set and Costume Design. For her stage design work, Eliza has been awarded the 1st UNESCO Prize for the Promotion of the Arts and her work has been presented at the 2007 PRAGUE QUADRENNIAL Exhibition. She has been awarded for her innovative lighting design featured in Relic by Euripides Laskaridis at the Theatre and Technology Awards organised by Theatre Full Stop in London, October 2017. She works in Athens and abroad, as a set and stage lighting designer, counting several personal lighting designs for theatre plays and dance performances. Among others, she has collaborated with stage directors, such as Thomas Moschopoulos, Xenia Kalogeropoulou, and George Kimoulis, Kevin Keiss, Euripides Laskaridis, Argiro Chioti, Grigoris Hatzakis, Enke Fezollari, Efi Gousi, Christina Chatzivasileiou, Anestis Azas and Prodromos Tsinikoris. 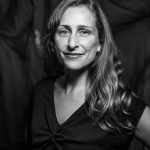 Innovation in Video Projection: Nina Dunn -Nina is an award winning independent Video & Projection Designer creating integrated designs that use light technologies to augment Environments. She works across Theatre and Live Events and prides herself on bridging scenic, narrative and lighting disciplines using the infinitely flexible medium of integrated live video. Over the past ten years, she has created work for The National Theatre, ENO, Cameron Mackintosh, The Royal Opera House, Bill Kenwright, Edinburgh International Festival and Durham Lumiere among many others both in the UK and internationally. She also holds the post of Joint Head of Video and Digital Design at RADA. 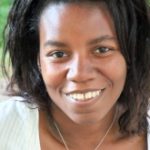 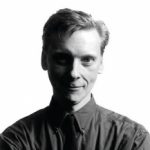 Best Online Publication: Donald Hutera – Donald Hutera has been writing and speaking about dance, theatre, live performance and the arts both in the US and the UK since 1977. Publications and websites to which he’s contributed include The Times of London, The New York Times, Animated (Foundation for Community Dance), Dance Umbrella News, londondance.com, Exeunt and many others. He co-authored The Dance Handbook with former Time Out dance editor Allen Robertson, edited The Rough Guide to Choreography and is featured in Fifty Contemporary Choreographers. An experienced post-show host, Hutera has been a jury member for, among others, the Total Theatre Awards, BE Festival and Casa Festival. In 2013 he began curating, producing, creating and providing dramaturgy for GOlive Dance and Performance Festival and, the following year, co-founded Chelsea Arts Collective aka CAC with visual artist/philosopher Lilia Pegado. He has also been the dramaturg for Ignition Festival since 2016. He received performance commissions twice each from Guardians of Doubt (GoD) and InTRANSIT Festival, and has mentored young arts writers for such organisations as English National Ballet (Dance is the Word) and Aerowaves Europe (since 2014). Starting in 2016 he’s handled press and marketing for Taiwan Season Edinburgh, as well as for various independent dance artists before and since. In 2016 he won an Olwen Wymark Theatre Encouragement Award from the Writer’s Guild of Great Britain. He was a contributing writer and voice artists for Flexer and Sandiland’s The Hum (Brighton Festival 2017). 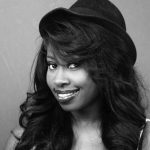 Bola graduated from the young writers programme at the Royal Court in 2007. Her first play GONE TOO FAR! was selected to be performed as part of the Young Writer Festival and was performed at the Royal Court Theatre (Upstairs) in February 2007. In 2008 the play won the Laurence Olivier Award for Outstanding Achievement in an Affiliated Theatre. The play was revived in 2008 and returned for a run in the main Downstairs space at the Court, as well as at the Hackney Empire and Albany Theatre. Bola was also nominated for the Evening Standard Most Promising Playwright of the Year in 2008. Bola’s writing has been presented by the Royal Court Theatre, ATC, Tiata Fahodzi, Hampstead Theatre, Soho Theatre, Young Vic, Talawa and Cardboard Citizens to name a few. Bola’s screenplay adaptation of GONE TOO FAR! (produced by Poisson Rouge Pictures and the BFI) premiered at the London Film Festival in 2013 and was released in 2014. She has a sequel, GONE TO AFRICA, currently in development with Poisson Rouge. Bola is represented in the US by Olivia Blaustein at CAA. 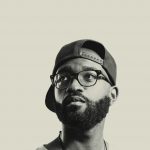 Best Poster Design: Inua Ellams – Born in Nigeria in 1984, Inua Ellams is an internationally touring poet, playwright, performer, graphic artist & designer. He is an ambassador for the Ministry of Stories and has published four books of poetry: ‘Candy Coated Unicorns and Converse All Stars’, ‘Thirteen Fairy Negro Tales’ ‘The Wire-Headed Heathen’ and ‘#Afterhours’. His first play ‘The 14th Tale’ was awarded a Fringe First at the Edinburgh International Theatre Festival and his fourth ‘Barber Shop Chronicles’ sold out its run at England’s National Theatre. He is currently touring ‘An Evening With An Immigrant’ and working on ‘The Half God of Rainfall’ – a new play in verse. In graphic art & design, online and in print, he tries to mix the old with the new, juxtaposing texture and pigment with flat shades of colour and vector images. He lives and works from London, where he founded the Midnight Run, a nocturnal urban excursion. 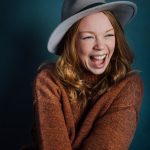 Best Production Photography: Helen Murray – Helen was the winner of last year’s Theatre and Technology Award for Best Production Photography. Originally from Derry, N.Ireland Helen moved to London in 2008. Before becoming a Photographer Helen trained as an actor at The London School of Dramatic Art. After graduating she worked as an assistant to photographer Simon Annand on his ongoing project ‘The Half’ for two years and decided that she would rather pursue a career in photography than acting. She has worked predominately in theatre photography for the last 6 years and has photographed for many London Theatres including Royal Court, Young Vic, Bush Theatre as well as various theatres in the West End. Her photos have been published in many publications including Vanity Fair, Vogue, The Guardian, The New York Times and many more. Helen’s portfolio can be viewed at www.helenmurrayphotos.com 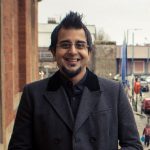 Outstanding Production: Madani Younis – Madani took over as Artistic Director of the Bush Theatre in 2012. He is a member of the Mayor of London’s Cultural Board. In 2013 he programmed the company’s most successful season to date, which saw the theatre play to 99% capacity. Prior to his appointment at the Bush, he was Artistic Director of Freedom Studios in Bradford, Yorkshire where his work included the site-specific work, The Mill – City of Dreams. He has also worked nationally and internationally as a theatre director, writer and practitioner. He was previously Director of Red Ladder Theatre Company’s Asian Theatre School. Madani originally trained in film, and his debut short film Ellabellapumpanella, commissioned by the UK Film Council, was screened at the Cannes Film Festival in May 2007. He was the recipient of the Decibel Award at the South Bank Awards show in 2006.