Choreographer and Actor Lanre Malaolu talks about his latest show, ‘Elephant in the Room’ showing at Camden People’s Theatre 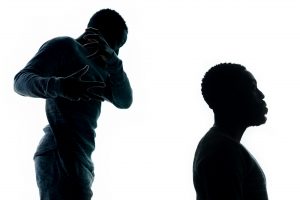 Now more than ever, conversations revolving around mental health are crucial, particularly within men. In a society that has so often taught us to keep quiet, and deal with emotional and psychological issues on our own, we’re now having to reverse that way of thinking in order to better improve well being and have much needed, open conversations. Exploring mental health within his latest dance-theatre piece Elephant in the Room, choreographer and actor Lanre Malaolu talks about his approach towards creating the show, how various organisations including Talawa have supported his work and what audiences can expect from the show.

Your latest show Elephant in the Room will be performed from the 2nd to the 20th April at the Camden People’s Theatre. How are you feeling ahead of the show?

I’m feeling good, we jump into rehearsals next week. Pretty excited, slightly nervous. I feel ready, but also feel like “WTF!!!!!!!!”. Good place to be in my eyes.

How have you found exploring mental health within your latest work? Is there anything that you’ve learned from creating the show?

It’s been challenging but also pretty insightful. On the one hand I’m exploring personal experiences and emotions within myself, those close to me and beyond, so there needs to be a level of sensitivity in doing that. But on the other hand, it’s been an exciting journey of trial and error in fusing movement, words and sound in a pretty unique way within the show.

Elephant in the Room fuses physical theatre, hip hop dance and spoken word to explore mental health issues. How did you approach creating the show?

I started with a very simple idea, something that every single human being on this planet does (which I won’t give away as the show opens with it!) but it’s linked to the simplicity of everyday life becoming something else when experiencing mental health issues. I developed that into a movement/text sequence and as I developed the piece further, I started to not only deepen that idea, but to also explore different characters, physicality and where sound/music lives in the piece. I also was keen to explore where comedy fits in the show, it’s not all about dark clouds! I’m essentially talking about life, so really challenged myself to look at the light shades as well as the dark.

Humor, honesty, live sound manipulation, and to be taken on a journey and left with a feeling…

The show has been supported by numerous organisations such as Talawa Theatre Company and the Wellcome Collection. How have they helped to bring the show to life?

The show wouldn’t be what it is without those G’s. They’ve given me time, space and support to allow the seed of this idea to grow exponentially into what it is today.

What advice would you give to aspiring dancers/choreographers and theatre makers?

Oh, and don’t be a dick. One of the biggest things I’ve learnt over the years is having the right collaborators and energy in the room is 50% of the “thing”. So if you’re a dick, learn to be nice, cause you’ll make better work… (plus, why be a dick anyway?)

Elephant in the Room will show from Tuesday 2nd until Saturday 20th at the Camden People’s Theatre. To find out more about the production, visit here…

« Previous post
Win a pair of tickets to ‘Halka’ at the Southbank Centre showing as part of this year’s Shubbak Festival
Next post »
Theatre Programme Co-Ordinator Will Mytum talks about teaming up with Voila! Europe to host the debut A Piece of the Continent Festival at Tristan Bates Theatre