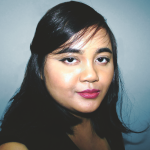 The features of households are significant, whether we’re consciously aware of this or not. The home, universally a sanctuary for family, friends and loved ones allows for us all to gather, communicate and recoup for the following day. Food is fuel, and therefore the kitchen plays a pivotal role in ensuring we’re equipped with the tools to stay well fed and energised. Exploring this, as well as the significance of cultural inheritance, recipes and cultural memory, Director Faezah Zulkifli brings FK Co-Lab’s The Cardboard Kitchen Project to the Lion and Unicorn Theatre as part of this year’s Camden Fringe Festival. Ahead of the production, Faezah tells us more about the show.

Hi Faezah, your show The Cardboard Kitchen Project will take part in this year’s Camden Fringe Festival at the Lion and Unicorn Theatre on the 19th and 20th August. How are you feeling ahead of the run?