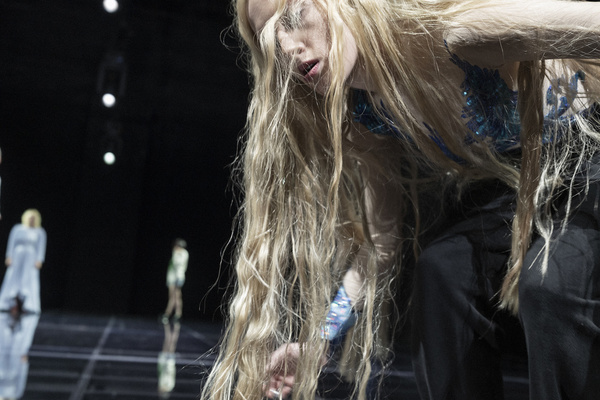 Justine’s life seems perfect. She is going to get married to her loving partner Michael, she is promoted from copywriter to art director by her appreciative boss, and her sister Claire couldn’t be more supportive. Yet Justine is restless and depressed. She feels the need to destroy this charade of a perfect life and longs for the end of the world. Only when she discovers that the blue planet Melancholia will collide with Earth and annihilate all life, Justine is able to calm down and to face the end with optimism.

Von Trier’s film could be seen as the story of a pathologically sick woman. Yet French sociologist Bruno Latour considers it a parable regarding mankind’s reaction to the approaching climate catastrophe. Justine appears to be the only character who faces reality whilst the others try to escape into rituals as a protection against the end of the world.

Director Felix Rothenhäusler avoids any morale or position in his productions but he probably intends to demonstrate the emptiness of these rituals and their language – the nothingness and redundancy of words and gestures. Whereas the film impressed with its stunning cinematography and operatic score, Rothenhäusler’s stage (design by Katharina Pia Schütz) is empty, except for a black glass floor on stilts and twelve lights that move around, blinding the audience on occasion and lighting up the auditorium. The actors quote from the movie script to describe the scenery, even the wedding gown.There is little interaction and dialogue. The characters all move on their own tracks, somewhat like planets, not really listening to each other, just commenting on the characters and narrating the actions that should really be shown.

The performance begins with musician Christian Naujoks’ rendition of Beyoncé’s Drunk in Love, whilst Justine’s sister Claire (Eva Löbau) is dancing. Taking place at a castle, owned by Justine’s sister Claire and her rich husband John (Majd Feddah), Justine’s wedding is a failure from the start because there is no happiness. Michael (Thomas Hauser) thinks contentment is sufficient but his love vows to  leave Justine (Julia Riedler) so unimpressed that she has a quickie on the golf course, with a colleague named Tim. Consequently, Justine’s behaviour ruins the wedding, the guests leave and only Justine, Claire, John and their son Leo remain. Whilst Claire and John become more and more hysterical and suicidal due to the impending collision with Melancholia, Justine calms down and builds a magic cave for Leo, to make him feel less afraid.

This production really focuses on the two female characters -the fragile Justine and her sister Claire, whose arc leads from optimism to desperation and hysteria. The gentle Michael and the sleazy John, who speaks English throughout, are present but not awfully important. Riedler’s performance as the fragile Justine is one reason why this production is well worth seeing. Gro Swantje Kohlhof is also one of the highlights of the evening as the cheeky 7-year old boy Leo.

During an introductory event, the Dramaturg Tarun Kade stated that audiences have had problems with this particular production, which is understandable because of its lack of theatricality. It can be rather tedious at times, yet the ensemble makes it a worthwhile evening. 3/5

The production is in German and English with English and German surtitles.