Thought provoking, unsettlingly tense yet frequently witty and playful, Ian Rickson’s production of the timeless Irish classic seems concerningly relevant in the political volatility of the pantomime of politics. 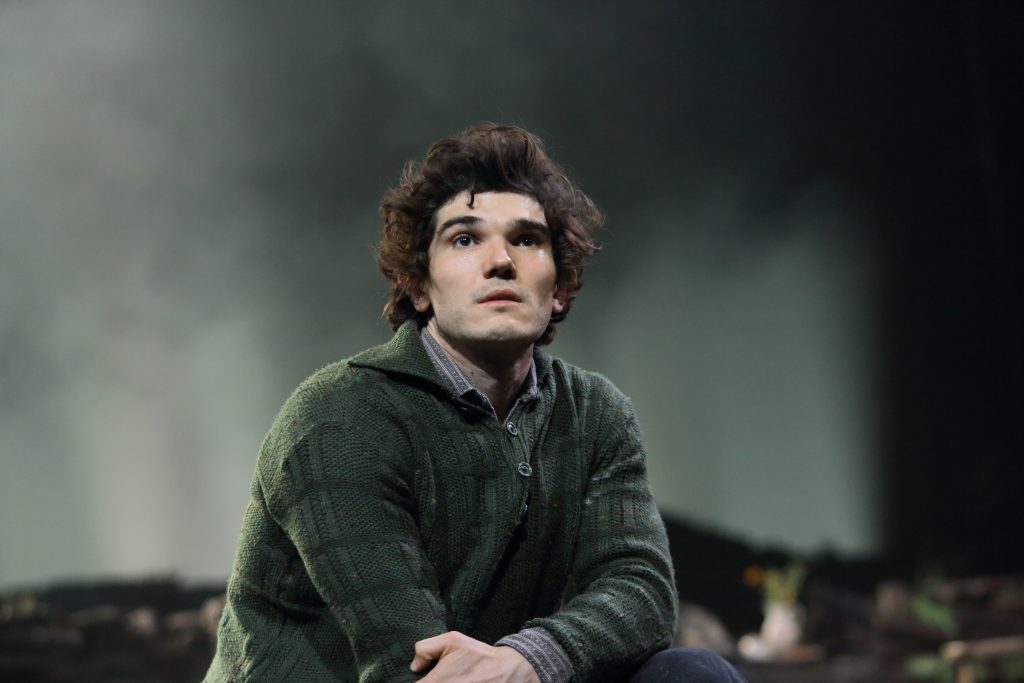 Looming sounds of war, the show’s backdrop as it opens, Translations, confronting the audience with a playful yet slating mockery of English pompousness and a raw take on the impact of English intervention in other countries and the dangerous power of language in unrooting culture.

The return of the prodigal figure Owen (Fra Free) prompts an uncomfortable shift in family dynamics, displayed masterfully by Rickson’s exploration of stage proxemics and status play. After the bittersweet news that Owen is a paid translator for the English, the story explores a personal connection which goes against the grains of culture clash, eventually exploding and driving division into the heart of a previously tight-knit community.

Rickson and Friel do not pull their punches when it comes to presenting the reality of the English Ordnance Survey by honing in on the division of a community fraught with tensions surrounding their cultural identity and the terrifying idea of being uprooted both literally and culturally. Rickson manages to poignantly balance the relentless criticism of English imperialism with a compelling development of character which makes the reality of the Ordnance Survey as ‘for the purpose of commerce’ even more piercing and heart-breaking in the history of the ‘eroded’ Irish geographic identity.

Performances are stellar across the board, with a standout from Jack Bardoe playing Lieutenant Yolland, and Cairán Hinds as the troubled, proud and disassociated Hugh. Bardoe presents a deeply conflicted character who is both indoctrinated in the ideology of imperialism yet truly in love with and concerned by the impact of the colonial mission. Hinds distils brilliantly a man out of time, representing the history of the land around him, but echoing the culture around him does not hold much hope against the impending cultural obliteration from English imperialism.

Strikingly humorous throughout, the performers play with miscommunication and the limitations of language, asking how we communicate with those we appear to share nothing with. Most notably when Captain Lancey attempts to explain the mission through ridiculous and exaggerated mime, poking fun at the English self-importance and cultural arrogance which fuelled colonialism. However, we are constantly reminded of the politics of this show as a man with a silly hair cut attempts to justify and explain a clearly destructive unethical set of rules about Northern Ireland. I am not left wondering if it is a coincidence that this opened in a theatre when there’s just under two weeks until Brexit, a mile away from Westminster.

Reclaiming cultural history, while depicting the attempted destruction of geographic history, Translations acts as a defiant response to and reminder of contemporary colonialism illustrated by a sinister final revelation. 5/5

Translations is currently showing until Wednesday 18th December 2019 at the National Theatre. To find out more about the production, visit here…