On average, we speak roughly tens of thousands of words a day – a form of communication so embedded within our culture, it’s second nature and something we take for granted. Throughout time, words have formed, transformed, meanings have changed, they’ve taken on various meanings and have been taken from various cultures from around the world. Examining our relationship with words in his work presented at Certain Black’s Circus Circus Circus Festival, Jamal Harewood presents Word – a show aimed at word enthusiasts. 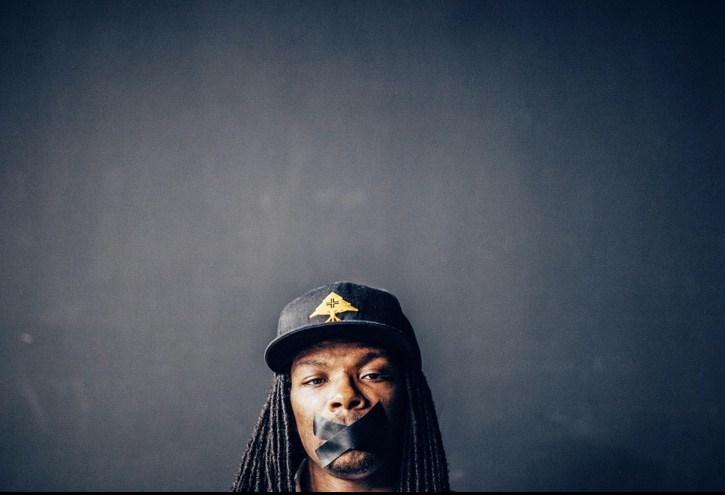 For lovers of Scrabble and Countdown, Word offers a live platform for theatre goers to actively explore words and their meanings. An interactive evening framed as a gameshow, the audience are split into two groups, and led through rounds of hangman, creating rhyming couplets and concisely giving explanations to words that have correctly been guessed. The gameshow concept is clever in principle, and brave – as Harewood, situated upstage centre with black tape over his mouth leaves the hosting to the unsuspecting audience whilst he silently guides the evening. Although admirable, with the two hosts confidently reading through directions, their uncertainty about the evening’s proceedings, mixed with the repetitiveness of the rounds slows the evening’s pace down, consequently lessening the evening’s impact.

The words brought up during the rounds are ‘taught, last, batch, slam, patch and luck’ and we’re left wondering why these particular words are of significance. Harewood’s striking silence throughout also promotes internal  questioning throughout, why does he have tape over his mouth? Why is he silent? Why has he as the creator been used solely as a canvas? It’s as if he’s invisible, is this a political statement on how he feels he’s viewed within society? Words evoke meaning, what words we use and how we use them are powerful and have the ability to affect others – this message needs to be pushed more.

The evening is friendly and easy going, due to the audience embracing the world Harewood has created, yet provokes at a particular moment when a particular derogatory word is brought up. This starts to highlight the power of words, but feels disjointed – this is political, stirs up conversation, causes friction, highlights where we are societally, but feels out of place. Is the aim to start off light hearted, then address uncomfortable truths? If so, again, there’s a disconnect. An ambitious evening with promise, Word at least attempts to stir up conversation on how we communicate with one another.

Word was shown on Thursday 21st November 2019 at Rich Mix London as part of Certain Blacks’ Circus Circus Circus Festival. To find out more about the production, visit here…

« Previous post
The Mikado @ The English National Opera Review
Next post »
Win a pair of tickets to Gurpreet Kaur Bhatti’s ‘A Kind of People’ showing at the Royal Court!