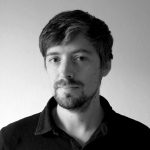 A collaboration witnessing the renowned Pina Bausch Foundation and influential dance company École des Sables restage Pina Bausch’s seminal 1975 work The Rite of Spring, the company were due to embark on an international tour, their first showing originally scheduled for March and due to take place in Dakar, Senegal. Due to the Covid-19 outbreak, and the global lockdown that would follow, École des Sables’ base would form the setting for a final filmed rehearsal on a beach nearby. Captured by filmmaker Florian Heinzen-Ziob, he tells us more about filming Dancing at Dusk – A moment with Pina Bausch’s The Rite of Spring ahead of the global lockdown.

Hi Florian, you’re the director and editor of Pina Bausch’s Dancing at Dusk – A Moment with Pina Bausch’s The Rite of Spring film. How are you feeling ahead of the filmed rehearsal being released on 1st July?

I’m very happy that we are able to share a part of the beauty of this project with the rest of world. I hope it will help to continue the amazing collaboration between Sadler’s Wells, the Pina Bausch Foundation and École des Sables.

Filmed prior to lockdown, the film captures the last rehearsal of a specially assembled company of 38 dancers from 14 African countries, and documents a unique moment in their preparations for an international tour. What was the process and timeline in terms of creating the film?

I was already following the rehearsal process for quite a while for my new feature documentary film, which focuses on how Pina Bausch’s legacy can be preserved and passed on to a new generation of dancers. I had witnessed the hard work and passion the company had put into the project during an intense and exhausting process. We were looking forward to following the last days of rehearsal and travelling to Dakar for the premiere. But then, in a matter of hours everything changed. All public events in Dakar were cancelled and we were advised to leave to fly to our home countries as soon as possible. The beautiful process was just cut-off and no one knew when or if it would be resumed.

It was then decided to do one more run-through of The Rite of Spring on the next day at the beach and capture it on film. All in all, we had around 24 hours to prepare the production. It was presented with just a small set-up of two cameras and we could only do one run through. The cinematographer Enno Endlicher and I suggested to shoot at dusk, which would give an atmospheric change of light, but we couldn’t tell if it would eventually be too dark. It was a huge experiment – there was no room to adjust or redo. But for us it was clear that we didn’t just want to neutrally film a rehearsal, but to give this moment its very own artistic style.

When the music started, all we could do was to capture this unique moment and translate it into film. Enno told me afterwards that he had felt like a jet pilot while filming. Extreme concentration and full of adrenaline. I think it was a very good comparison!

The whole editing process was much more relaxed. The main challenge was to build a rhythm out of just two different camera angles. It was working out of limitations. But I really like that sort of work. It also helped that with Salomon Bausch, Jo Ann Endicott and Jorge Puerta Armenta, I had very knowledgeable support.

As Director of the film, how did you find collaborating with The Pina Bausch Foundation and École des Sables?

The École des Sables and The Pina Bausch Foundation were great partners in the production. We are not just talking about institutions, but about passionate people with amazing expertise and great hospitality.

Filmed prior to lockdown, had what was going on globally impacted yourself and creatives whilst filming on location?

At first, the Covid-19 pandemic seemed far away whilst I was working in Senegal. But then the news from home got worse and worse. I was worried for my family and at the same time; worried when the pandemic would hit us at the remote and peaceful École des Sables. The worst thing was to have so little information and that things changed at such a fast pace.

It was especially hard to see the disappointment of the dancers, which had put so much love and sweat into the project, and which were so close to starting the tour. For me personally, it was challenging because I wasn’t just responsible for my film, but to bring my team home safely. It was hard to make any creative decisions during such a time. But quite often a lot of pressure can give you a good focus. When we arrived back in Germany, it was like arriving in another world. Like we hadn’t been gone for just a couple of weeks, but years. And this world hasn’t changed back yet.

When filmmaking, do you follow a particular process when creating work?

As a documentary filmmaker I like to explore. I like to patiently observe and to listen. The subject of the film decides the style of the film. I never write the narration before filming, I prefer to start with questions and a loose concept. Everything else is created in the process.

What can audiences expect from the film?

They can experience a version of Pina Bausch’s The Rite of Spring which in relation to the setting, interpretation, and dancers is very unique. And they can be part of a moment of artistic self-empowerment, at a time, where art around the world is suffering.

As a filmmaker, I’ve never had to work in such a do-or-die situation with such little preparation. And it is very reassuring that, together with Enno Endlicher, we were still able to capture the moment so beautifully. It was a great example of how important it can be to trust your instinct.

What advice would you give to aspiring filmmakers and editors?

Do as many films as you can. Try out as many things as possible. Fill your artistic toolbox and expand on your artistic vocabulary. Don’t be too quick to think you’ve got it. Keep learning and question yourself. Review each of your films and learn from your mistakes. Have fun!

Dancing at Dusk – A moment with Pina Bausch’s The Rite of Spring is available to rent on the Sadler’s Wells website for £5. To find out more, visit here…