I and the Village @ the Bread and Roses Theatre Review

I and the Village is a play about some kind of centre, in which people are living, or being kept, it is never really clear. Three women live in one room, and eventually, they all leave. And that’s pretty much it; on the surface, this concept has enormous scope to delve into the tension and interpersonal relationships in such an intense space. 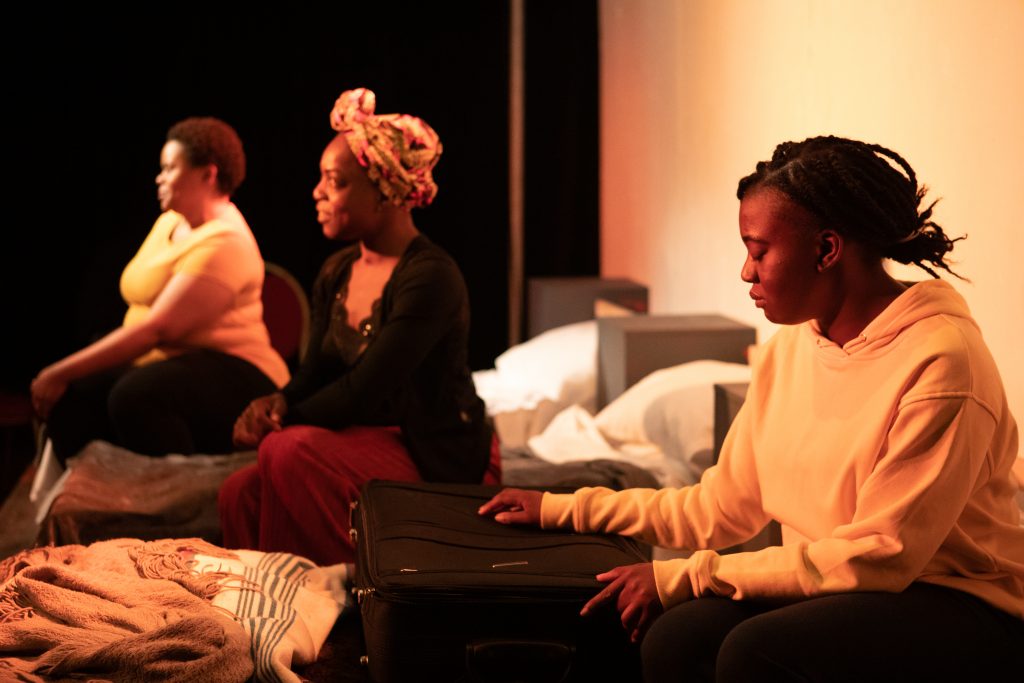 The result is a strange, vague performance which fails to hit any marks. I am writing this feeling as though I should be mentioning more plot, but really and truly, there is not much else to say about what happens. There is a vague mention of protest and political criminality. However, this is never fleshed out, explained or developed.

The writing is the fatal floor of this play. It veers on and off the road, crashing into topics with no depth or justification before sharply over-correcting and giving us a long silence for us to brood on the cliché emotion grab we have just been blasted by. There are multiple moments in the show when the script, the dramaturgy and the acting all suggest a profound compelling and assertive moment being enacted on stage. However, the complete lack of emotional, political or believable substance or subtext to the play undermine any compelling moments.

The acting is hard to read; when the Jeta (Chido Kunene) is given something to work with, she is believable. Carl (Mark Rush) is visibly tense on stage and performs his part in an overwhelmingly flat character offering. Hannah (Laide Sonola) and Keicha (Funke Adeleke) feel both restricted by the script and uninteresting when given script to work with.

I and the Village will show until Saturday 5th June 2021 at the Bread and Roses Theatre. To find out more, visit here…