Am I A Terrible Person @ Brighton Fringe Festival 2021 Review

OCD is a common mental health condition where a person has obsessive thoughts and compulsive behaviours, with symptoms usually starting to appear during early adulthood (NHS). Exploring this further, alongside his dealing with depression, Ant Lightfoot presents Am I A Terrible Person? 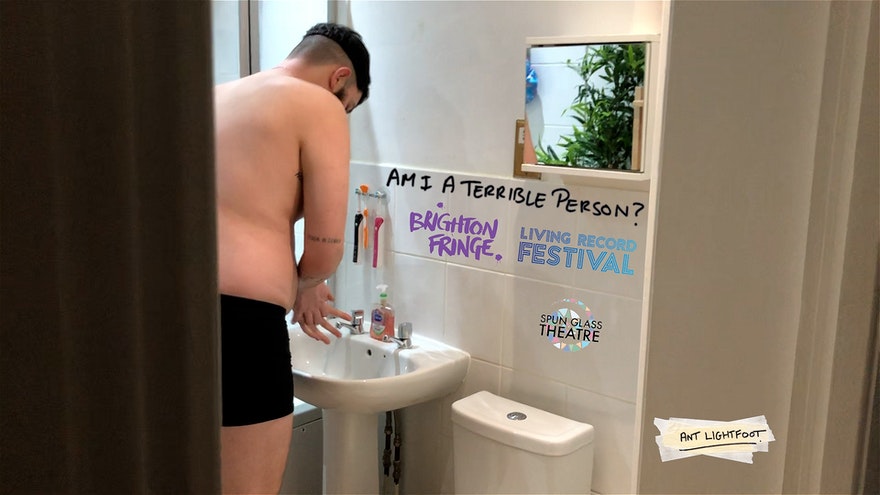 Situated at home, as Ant gets through his daily routine of getting ready, the short 20 minute piece captures the relentless cycle of negativity an obsessive compulsive has with a string of rhetorical questions – all questioning how one is perceived. It’s a never-ending routine that is tough to break away from. Am I A Terrible Person, although pondering on the heaviness of OCD and depression, has a light hearted feel about it, Ant’s self deprecating, dry humoured take making the film relatable yet informative – educating the viewer on what OCD actually is and shattering perceptions previously held.

A one man show, Am I A Terrible Person? follows Ant’s train of thought, the everyday now taking centre stage – giving the piece its authenticity. A sign of our current times, the piece places focus on well-being and self-care, something I’m sure many would have thought about more so during the pandemic. An entertaining and informative piece of digital theatre.

Am I A Terrible Person is currently showing on the Living Record platform until Sunday 18th July 2021. To find out more about the production, visit here…