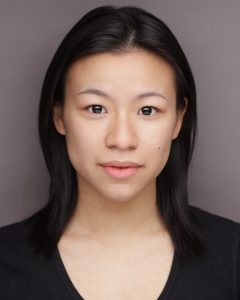 One of the world’s instantly recognisable musicals, Cameron Mackintosh’s Les Misérables returns with a UK and Ireland tour, starting off at the Glasgow Theatre Royal from Tuesday 23rd November and concluding at Wales Millenium Stadium Cardiff on Saturday 14th January 2023. Taking on the role of the iconic Eponine, musical theatre talent Nathania Ong makes her theatrical debut! Ahead of the tour, Nathania tells us more about what to expect.

Hi Nathania, you’ll be starring in the UK and Ireland tour of Les Misèrables from late November. How are you feeling ahead of the run?

I’m feeling quite excited! I graduated quite recently and have never been on tour before, so I feel incredibly fortunate to have been given the chance to perform with Les Misèrables as my first touring gig. It’s an incredibly powerful show and is a masterpiece of music and storytelling, and I feel very privileged to be in this position. It’s definitely along distance from the little girl in Singapore who could only dream of performing in the UK, and now I’m touring in one of the most renowned musicals in the world!

You’ll be starring as the iconic Eponine, how have you approached preparing for the role?

I would be lying if I said I didn’t feel a little bit of pressure! But I’ve really been trying to fill out Eponine from her roots. I read the book to get an image in my mind of what she was like and tried to relate instances in the show to experiences that I’ve had or seen previously. The description of her eyes in the book are somethings that really clicked with me; “bleared eyes both bold and weary”. To me that was like the eyes of a cornered animal so when I play her, I really try to channel that!

Something I was struggling with was to find how much Marius meant to her, and how to play that as an actor. Upon research and trying to piece all the evidence from the book, I deduced that Marius was the only person who had been kind to her since Cosette had left Thernadier’s Inn as a child. In essence, he is her entire happiness. How I tried to manifest this was through changes of posture andthrough a child-like playful demeanour, when she interacts with him.

The cast includes Dean Chisnall as ‘Jean Valjean’, Nic Green Shields as ‘Javert’ and Katie Hall as ‘Fantine’, Ian Hughes as ‘Thénardier’, Will Callanas ‘Marius’, Helen Walsh as ‘Madame Thénardier’, and Paige Blanksonas ‘Cosette’. A show known for its large ensemble, what have rehearsals involved for the show?

We rehearsed for about 4 full weeks and a few days. We had kind of mocked up a wooden staircase in place of the actual set, just so that the cast could simulate where they were on the actual structures. I’ve never worked in a rehearsal of such large scale so it was a bit daunting, but once I got over it, it felt a bit like a playground so I had lots of fun exploring the structure and space!

Working in such a big company is also lots of fun, because you get to meet so many people and hear about so many experiences. Quite a few of the previous touring company stayed on post pandemic so there were only about 7 of us who were new. I didn’t know the show too well before getting the part, so there was a lot to learn, but a lot of the other cast members were really understanding and helpful to us newbies!

What have you learned/taken away from taking part in the production?

Honestly, I’ve learnt too many things to count. I feel like gaining confidence was a big big learning curve especially as I’m quite new to the industry. The cast is so supportive, but I think that all of them being so talented just made me a bit self-conscious. It took me a bit of time to be comfortable with singing in front of such talented performers especially with such a well-known song.

Honestly, every time I’ve watched Les Misèrables I’ve cried.But I think beyond it just being a sad story, it is a story of strength and dignity.

Audiences can expect some insanely talented performers, lots of tears and Cosette’s beautiful new dresses (my costumes aren’t as cute ☹)

To recognise that everyone has a story, and to be kind to people because you’ll never know what someone is going through.

Les Misérable will embark on a UK and Ireland tour, starting from Tuesday 23rd November 2021 at the Glasgow Theatre Royal before concluding at the Wales Millennium Stadium Cardiff  from Tuesday 13th December 2022 until Saturday 14th January 2023. To find out more about the tour, visit here…