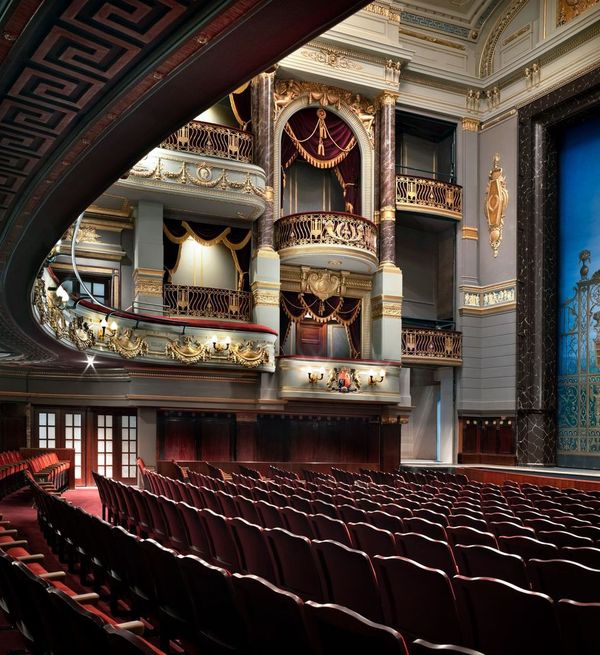 Currently home to the Disney smash hit Frozen, the Musical, Theatre Royal Drury Lane’s auditorium currently fits 2,196 spectators – adaptations made from the old layout in order to ensure everyone has a great view from their seat. A stage spectacular in scale, the venue is a lead in their integration of tech and mechanics – showcasing their never ending vision and ambition, proving that anything is possible. Starting off at the Ground Floor Bar where we’re greeted by a statue of William Shakespeare – the Ground Floor’s main focal point, his statue is joined by celebrated historic figures within theatre, actor, writer and theatre manager David Garrick, Shakespearean stage actor Edmund Kean, composer Michael Balfe and actor and stage manager Augustus Harris – here we grasp the grandiosity and luxury of the building and an appreciation of the work that has gone on behind the scenes to realise what the venue currently is. 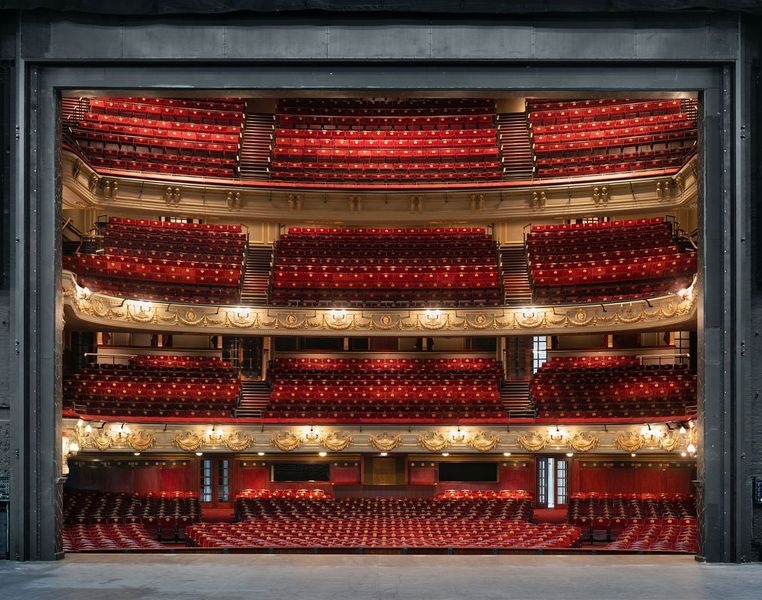 We’re then guided through the building, ascending various floors of the Rotunda, passing through The Grand Saloon, Royal Chamber, the venue’s subterranean level before concluding in The Garden and outside by the Stage Door, the venue’s very welcoming team bringing to life the tales of old that have influenced how we experience theatre today. From what is said to be the creation of the first ever musical by composer Michael Balfe to the term ‘Overnight Success’ being coined by the press post a show staged there, we hear of how the naturalistic manner of performing work witnessed theatre change from the melodramatic to the more relatable, something we see now across media mediums from television to film. A fun, informative, alternate way of experiencing theatre, the venue bridges the gap between the old and the new, we hear of its role within the National Entertainments National Association Service during WWII as well as the hauntings that give the venue its character to this day. A tour for the theatre professional, theatre lover or anyone new to the theatre world, this 60 minute tour offers insight into the inner workings of the iconic building.