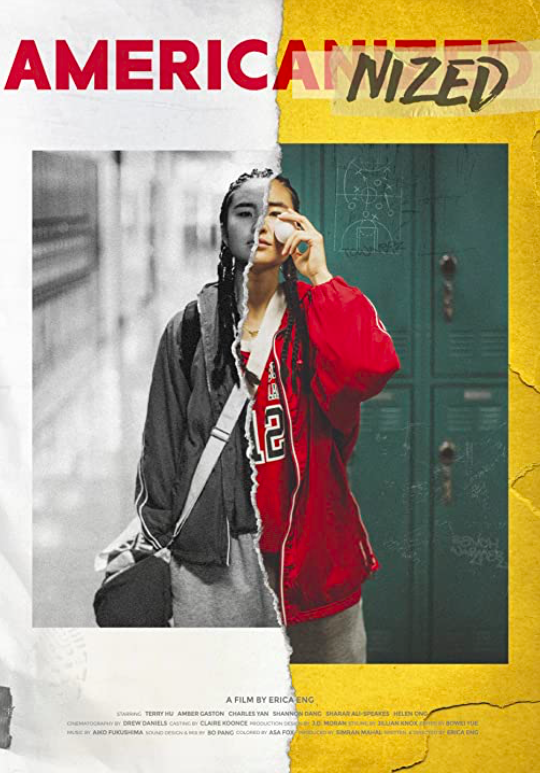 The trials and tribulations of teenagehood can be tough, a time where you’re trying to figure out who you are and where you stand with others and in the world. Whether you have fond memories of your teenage years, or not, this formative period in time has helped to shape who we are. Exploring teenagehood within her screenplay debut Americanized, Erica Eng delivers a short film delving into the life of Eng – a 16 year old teen of Asian descent based in Oakland and a member of her school’s basketball team. Tackling themes of cultural heritage, girlhood and sport – Erica tells us more about the film’s creative process and qualifying to be considered for an Academy Award®.

Hi Erica, your short film Americanized has qualified to be considered for a 2022 Academy Award®, how are you feeling?

Hearing it from you now kind of hit me, because today is when they’re opening up the voting (Friday 10thDecember). It’s such a surreal position to be in because I remember feeling discouraged after initially getting so many rejection letters from film festivals and being worried that no one would like the film. But being here today – Oscar Qualified after winning “Best Dramatic Short” at Cinequest –  it’s just an amazing feeling. And it’s also great hearing from Catherine Lyn Scott (London Flair PR), on all the great feedback we’ve been receiving from people who have watched and enjoyed the film.

Americanized shares the story of a teen growing up in Oakland’s Hip Hop culture who struggles to fit in – on and off the court. The film based on your own experiences. How have you found exploring this further within your work?
It was really hard for me to explore my own story because this is also my first screenplay I’ve ever written. It was really hard to write about myself because I kept being defensive of the main character. I’m not like that, I wouldn’t say that. Once I learned how to separate myself from the characters, the film began to take a life of its own. I feel like I’ve definitely become a better writer after having to break my character down, and rebuild her in a new way.

You partnered up with Producer Simran Mahal, a first-generation Indian American, who immediately resonated with Americanized’s main theme of being caught up between two cultures. How did you all work together to realise the film?

Simran was our producer on the film who put together the production logistics and got an amazing crew in the Bay Area. I feel like without her, we wouldn’t have the resources that we needed in order to get this off the ground. Our crew came from all over the place. My production designer, James-Daniel Moran flew from Brooklyn to work on this film locally in LA. Our DP – Drew Daniels came from LA and even our production coordinator drove a van with our camera package up from LA. This shoot was definitely a labour of love and it really helped having a really dedicated crew!

What have you taken away from the process of creating Americanized?

Creating Americanized helped me analyze the feelings I had in high school. When you’re so young, you don’t have the mental maturity to really understand why you feel the way you do, or why you act the way you do. I feel like we’ve all felt like an outsider at some point, we’ve all felt bullied at some point, and I’m sure we’ve all made someone else feel bad about themselves at some point (whether we know it or not). But ultimately, we don’t know who we are at that age. Making this film made me realize that it’s okay to make mistakes – it’s all a part of growing up.

What can viewers expect from the film?
I hope audiences feel as uncomfortable as I did in high school! I hope it brings back those awkward feelings as a kid that we all went through. It’s nostalgic, it’s fun, it’s awkward, and it has action and some tears. And even though this is based on my experiences growing up in Oakland, I hope that all viewers can feel for this story regardless of their race or gender.

To find out more about Americanized, visit here…