Peggy For You @ Hampstead Theatre Review

Peggy For You is a familiar quintessentially English play that is comfortably entertaining but, on this occasion, falls short due to inconsistent acting standards from the company and the times we live in. First performed at the Hamstead Theatre in 1999 it makes me wonder who thought it needed a revival two decades later. 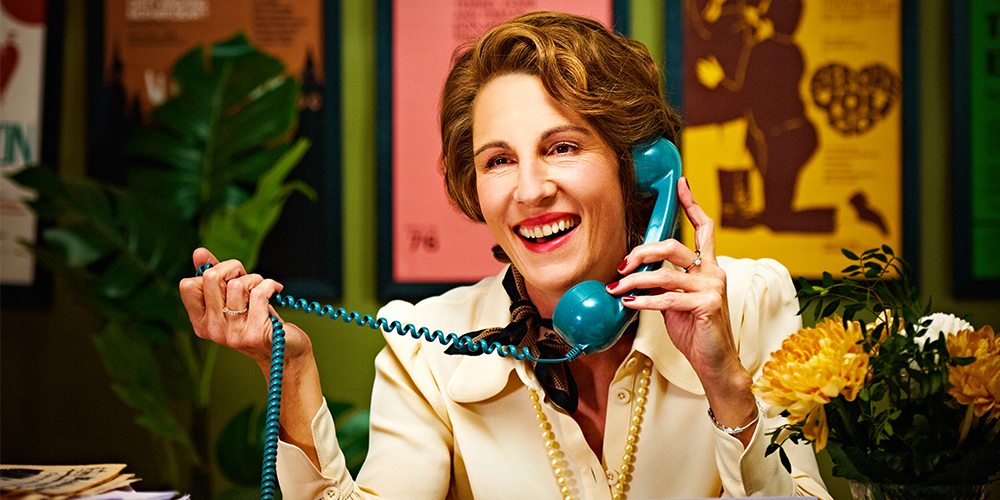 The play transports us to the late 1960s in a day of the life of Peggy, a play agent who doesn’t much like women and, apparently, is very charming. If you are not charmed by Peggy, you will not enjoy this play. Unfortunately, I am not charmed by her, nor am I charmed by any of these characters (except the young writer Simon). Not that you need to like characters in a play to find it enjoyable but in that case the plot has to be gripping to have you commit to the thing, but this is not a plot-driven play. Peggy For You is a play dedicated to a real woman called Peggy Ramsay to celebrate her life. In trying very hard not to be sentimental whilst being sentimental (because what is dedicating a play to celebrate a person you knew if not sentimental?) the playwright’s intentions results in contrived nostalgia.

Peggy is performed by Tamsin Greig who gives a lead-worthy performance. The young writer played by Josh Finan delivers the few lines he has with quality comedic precision. The golden boy Philip (Jos Vantyler) is uncomfortable to watch though this is helped by the fact that we can barely hear him. The acting does seem to pick up in later scenes, funnily enough when Peggy is out of the picture.

What I am charmed by however is the set which resembles a rectangular TV box. The windows on either side have light pouring in and give the play a sense of capturing a scene in real life -highly realistic, the set is fun and functional. The phone and movement scenes by Peggy and Tessa are wonderfully done through the office. The rolling of the carpet satisfyingly symbolic, the overwhelming amount of paper, scripts and letters – signalling chaos in order, making perfect sense for Peggy as an extension of her personality.

Peggy for You is currently showing until Saturday 29th January at the Hampstead Theatre. To find out more about the production, visit here…