The documentary film Firestarter: The Story of Bangarra is a part of the exciting Homeland programme at the Barbican this February which seeks to celebrate great Indigenous Australian filmmakers from the last three decades. This film tells the story of the Bangarra Dance Theatre Company tied up with the lives of the Page brothers, Russell, dancer and choreographer, David, composer and musical director, and Stephen, the visionary. From its inception in 1989 to the present day with Frances Rings, this film is first and foremost a celebration of the company’s extraordinary ability to spark a light with dance, music, family, culture, remembrance, and laughter when all else feels lost. 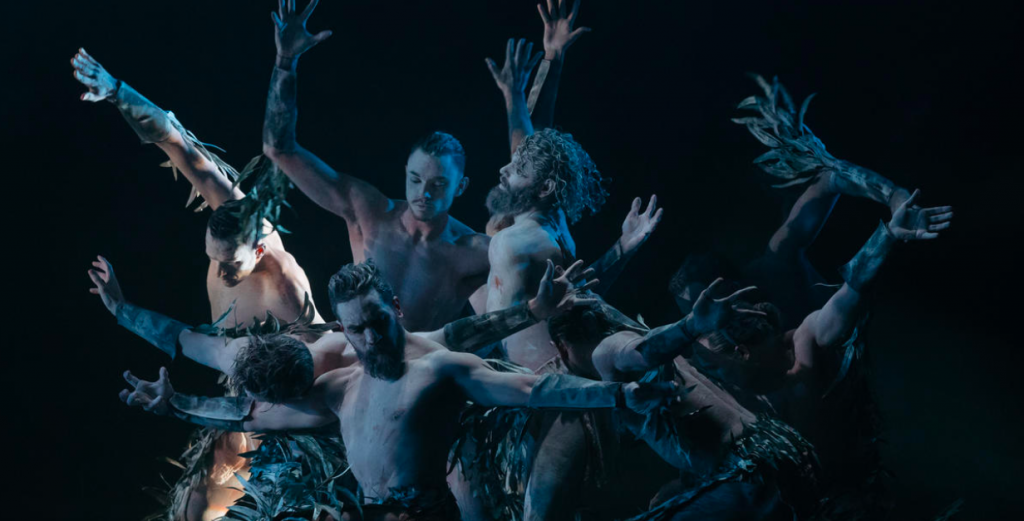 My first introduction to the cultural storytelling of Australia’s dark history was The Secret River at the National Theatre in 2019 which narrates British colonisation of Australia through the eyes of two families. I was moved then by the music and dance of the indigenous Australians, and I was moved again now and not surprisingly either as I discovered in the process of writing this review that Stephen Page, Bangarra’s Artistic Director (1991-2022), was the Artistic Associate on The Secret River.

The story of Bangarra on one hand, and the physicality of expression in music and sound in the film on another, together, raises this film to new heights of accomplished storytelling. The dances provoke a deep sense of cultural aching I have only felt when listening to South Asian classical music. The dances are visceral and raw, expressing unapologetically the desire to connect back to country, be close to nature, reclaim a culture and reconcile it with one forced on you due to a horrific policy of assimilation.

The beginning of the documentary is set in Sydney in a rundown looking venue where young Indigenous people find a place where they could express themselves in a room full of people that looked like them. The joy is infectious and although there is some mention of the systematic injustices they face this story centres on the people as individuals with lives bigger than their struggles. Soon however the dance company face challenges and tragedy and it does feel like we are transported with Bangarra as they uncover the beauty of reclaiming one’s culture and the price of generational trauma. It is a necessary watch for us in the UK who are not taught the extent of the horrors inflicted by the British in Australia and its legacy today.

Firestarter: The Story of Bangarra was shown on Saturday 5th February 2022 at the Barbican Cinema as part of Barbican Homeland: Australian First Nations Directors Season. To find out more about the film, visit here…