New musical Broken Wings inverts the classic immigrant story by centring the return to the mother country. It’s a sequel to the American Dream where the protagonist, Khalil Gibran returns home filled with nostalgia of a past life, but soon encounters the conflict in his blended middle eastern and western values. 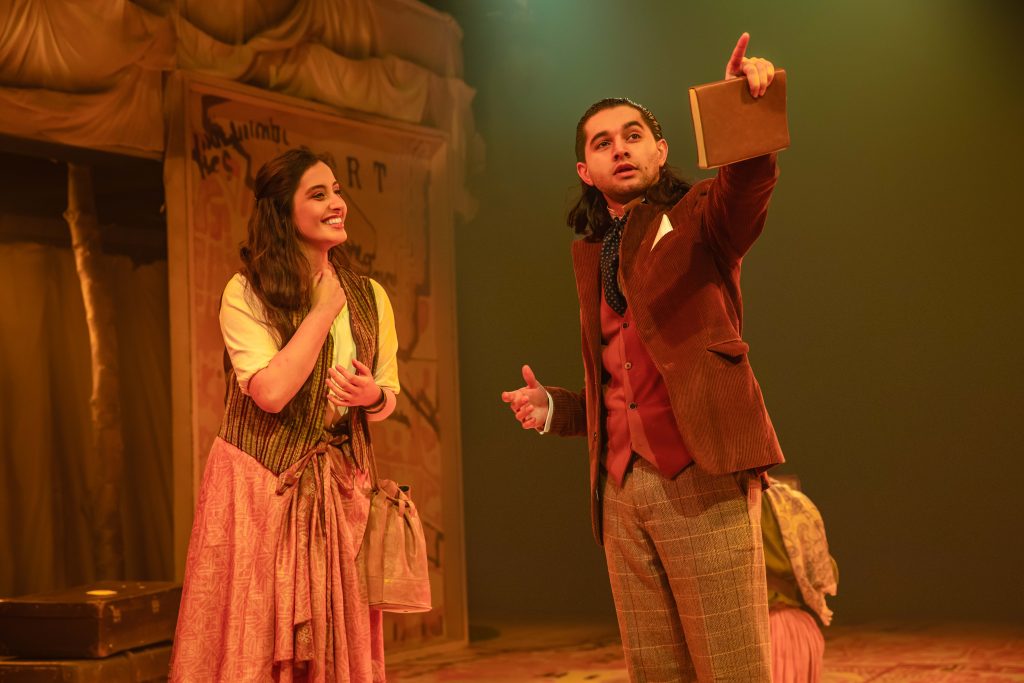 The musical is charming, and we are seduced from the very beginning. In the beautiful Charing Cross Theatre, we are led downstairs to the former Victorian music hall and enter into a romantic summers day in golden Beirut. There are screens on either side which feel symbolic of the cultural barrier between Beirut and Boston, East and West, and as a reference to the feminine value of the play where mothers are the beating hearts of family life.

The tension of the play lies in his two identities. On one hand, he is drawn to the silent and traditional Lebanese woman, but on the other, he is in revolt with the archaic and old age customs of marriage and duties bound to women. In the end, we are left asking – does either really triumph?

The opening number is masterfully done by giving the 5-piece band the first few minutes overture from their position in the balcony. The finale too is strong uniting the voices of the entire cast onto the revolving stage for a classic musical knees up. A choral delight! The star of the show musically is most certainly Soophia Foroughi whose voice fills every inch of the auditorium. However, it is Ayesha Patel who plays Gibran’s wholesome friend who steals the show. Patel’s excellent and much needed comedic performance draws the most laughs for an otherwise saccharine storyline. She grounds Gibran and is a refreshing sobering voice and, in the end, surprisingly, it is her story which we are invested in.

It is a perfectly nice musical which takes an age old familiar story of love and duty and places it in the old Arab world. However, the plot lines don’t quite add up. The narration throughout is gorgeously done by Nadim Naaman does not add a lot to the story. Tragedy seems to happen for the sake of it. There isn’t anything to really talk about afterwards apart from agreeing on the musical quality, and perhaps that’s all your wanting – an evening of music and tortured young love awash with uncomplicated sentimentality. A delightful new musical nonetheless that is an aesthetic and musical feast for the eyes and ears.

Broken Wings is currently showing until Saturday 26th March 2022 at the Charing Cross Theatre. To find out more about the production, visit here…