For Black Boys Who Have Considered Suicide When the Hue Gets Too Heavy spoils the audience with stories upon stories upon stories without missing a beat. It’s a must watch on so many levels I hardly know where to start. There’s the cinematic production values, the greatest contemporary monologue I’ve ever seen delivered on stage, the ensemble movement, the absolute rejection of structural narrative, and the simple joy of watching black boys play, love, fight, hug, dance, sing, and cry in a way I have never seen done before on stage, TV, or film outside of a queer specific context. 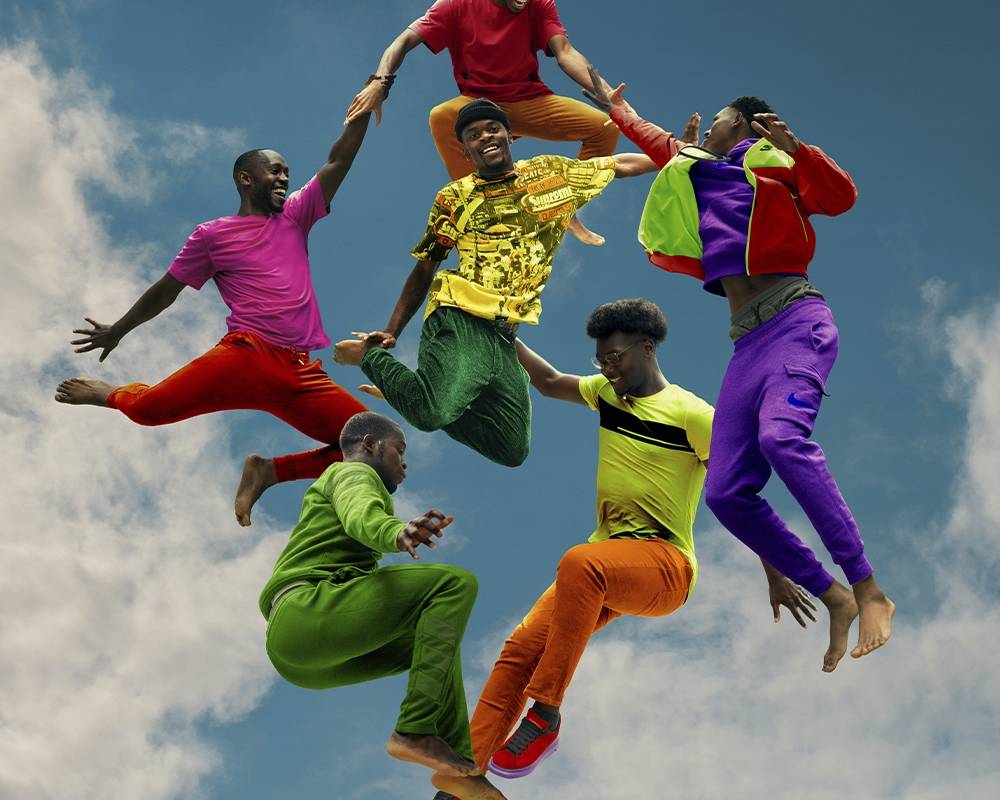 Mark Akintimehin’s performance across the play is the number one highlight of the show as he starts off playing his character Onyx with irresistible comedic genius. He toys with the fine line between hilarity verging on the inappropriate but consistently comes off charming. He is the devil’s advocate of the group representing the stereotypical black masculinity, so it is a shock when in the second half Akintimehin delivers a performance of a lifetime on the subject of love. For this piece alone, go get a ticket. I was moved to tears, and I wasn’t the only one sniffling after. The collective response is theatre magic. It’s a testament to Ryan Calais Cameron’s writing along with Akintimehin’s carefully crafted, contained, and explosive delivery.

What does it say about our society when watching two black men hug for longer than a few seconds is moving? This is how the play interrogates the place of black boys in today’s world. There is the Socratic dialogue which sets out the reality in engaging and humorous debate between various characters such as “What is the point of black history when all it stresses is the suffering of black people?” “Is there a value in reclaiming the n-word?” and other such topical discussion points. But the real philosophy takes place for me on an emotional level, and this is most effectively brought out in the intricate movement pieces where the cast become an ensemble piece playing out the internal struggle in movement and dance, and there is no shortage of physical contact and touch, exposing the humanity at the heart of the play.

Cameron hasn’t just told an incredible story about black boys but human psychology on our needs to be seen, heard, held, and loved. It is only right I conclude this review with the words of Audre Lorde on radical self-care which captures the essence of this play: “Caring for myself is not self-indulgence, it is self-preservation, and that is an act of political warfare.”

For Black Boys Who Have Considered Suicide When The Hue Gets Too Heavy until Saturday 30th April 2022 at the Royal Court Theatre. To find out more about the production, visit here…

The show was initially performed at the New Diorama Theatre in October & November of 2021. To find out more, visit here…

For Black Boys Who Have Considered Suicide When The Hue Gets Too Heavy, Mark Akintimehin, Royal Court Theatre, Ryan Calais-Cameron
8th April 2022by Theatrefullstop