In Yoruba (a tribe located in Nigeria) tradition, it is believed that there were 17 original Orishas (Gods) that were sent to Earth, the Orisha Olodumare, the source of creation. A tradition shared by Caribbean and Southern American Spanish traditions also, this creation story forms the cultural heritage and spiritual well being of many. Obatala the creator of humanity, Osun (Oshun), the goddess of water, purity, fertility and love, Shango the god of thunder, Esun (Eshun), the trickster god, the divine messenger and Olorun, one of the supreme Orishas, the ruler of the heavens. A celebration of Nigerian mythology, Imagiphoria Studios present Message in a Clay River, an exploration of the Yoruba pantheon. 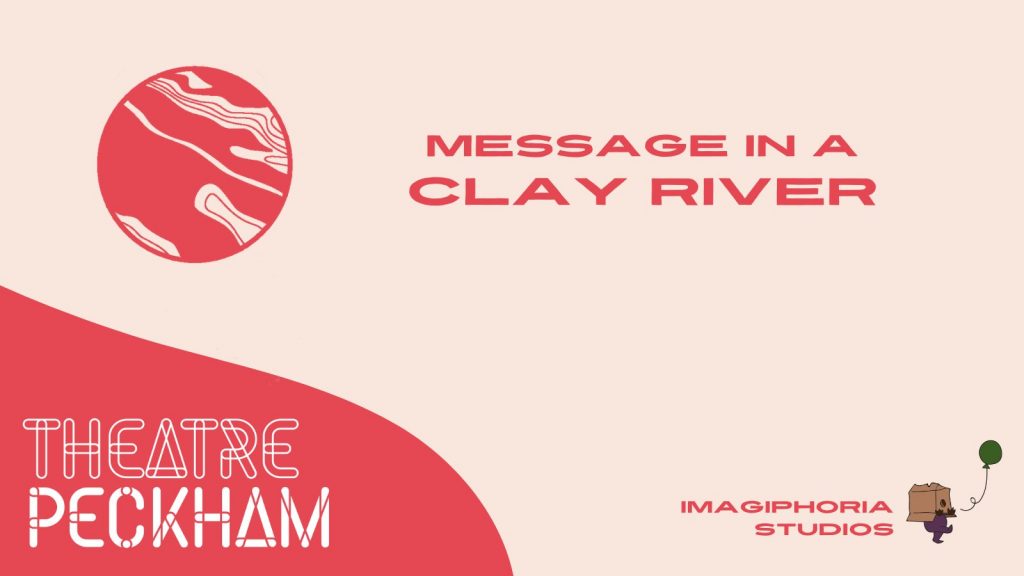 We’re taken back to the dawn of time, oracles Hannah Balogun and Juliana Kilburn our omniscient storytellers, the ancient city of Ife, Nigeria our scene. A floral archway centre-stage, we witness the creation of Earth as well as the arrival of Osun (Theresa Albano), Obatala (Shane Afolabi), Esu (Dominique Clementine) and Shango (Mo Bangura) from the heavens, what then plays out is a succession of scenarios that lead to an emotive end. There’s always something quite fascinating about watching mythological depictions both onstage and screen, Message in a Clay River playing entertainingly into this – the orisha’s interactions full of intensity and intriguing to watch.

Mo Kerede‘s declarative, rich text staying true to the tale’s classical tone, the chorus – Yiiga and Tanjiana Bryan-Hesse beautifully tying the production together, magical beings morphing into additional characters as well as landscapes that make the stage appear more vivid than it is.  Albano’s Osun embodies grace, Afolabi’s Obatala a resilience despite his battling with alcohol addiction, Clementine’s Esu a mischievous air and Bangura’s Shango a quiet fire that when irked strikes. A vibrant production breathing life into the Orisha tradition and connecting continents together.

Message in a Clay River was shown on Sunday 22nd May 2022 at Theatre Peckham as part of the Peckham Fringe Festival. To find out more about Imagiphoria Studios, visit here…