How we consume art is unique to us all, sounds and visuals holding with them their own special meanings and ways of making us feel. With ideas typically presented within a certain manner, Korean dance company Art Project BORA’s production MUAK challenge this. Consisting of eight performers, a piano is dismantled and with it, creates a live soundtrack through their movements – inviting the audience to see the sounds as a spectator and hear the movement as a listener. 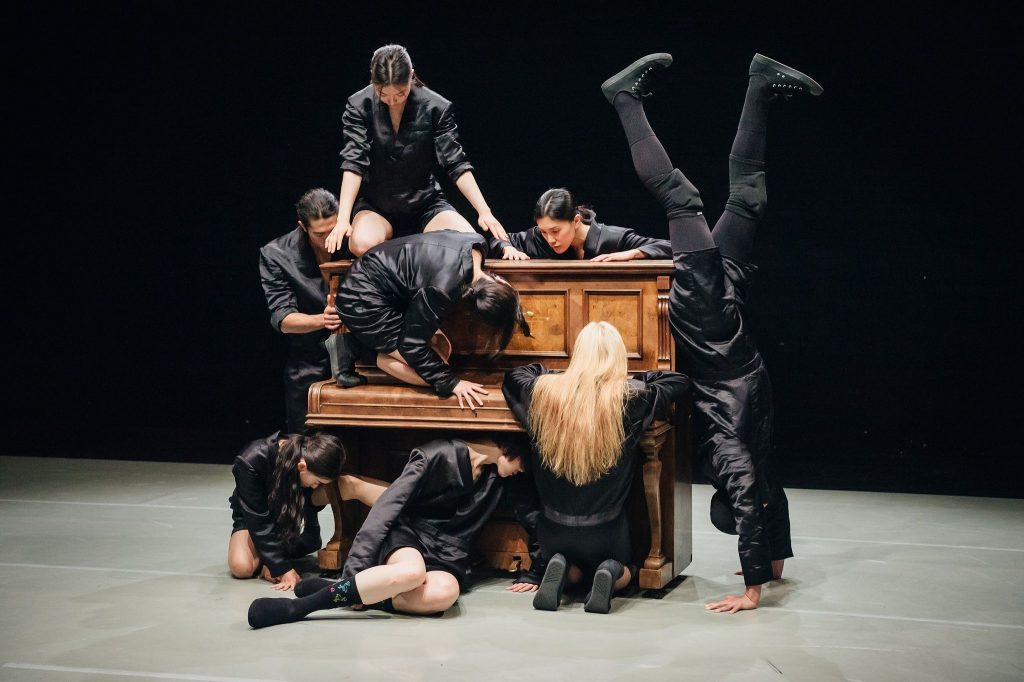 Set in silence, MUAK concerns itself with the invisible, an initially silver foil-esque adorned object gradually revealed as a run down piano. The eight-strong ensemble in turn dismantling the mystery that lay ahead of us. Part art installation, part dance work, MUAK provocatively challenges form, the process of dismantling shocking to witness, but a process that successfully gets for you to think beyond a piano’s traditional function. This expanding traditional ideas held, making for a fascinating evening.

The ensemble in turn chip down and interact with the piano, the juxtaposition between this break down, yet the establishing of a connection with the piano again expanding on the traditional and contributing a nuance to the show. Scattered in piles across The Place’s expansive stage, we see the piano for what it is, a sum of differing parts very carefully engineered to produce sounds that inspire imagination – the capturing of the invisible. MUAK a fun, innovative, imaginative watch brave enough to challenge the norm.

MUAK was shown on Friday 17th and Saturday 18th June 2022 at The Place as part of the Festival of Korean Dance. To find out more about the production, visit here…