Having debuted on BBC Two in October of 2013, Steven Knight‘s crime drama Peaky Blinders has gone onto capture the nation’s imagination. Named after a Birmingham-based youth gang who were active during Victorian England and in the lead up to World War I, the show offers a fictional glimpse into the world of a working class collective and their needing to do what it takes to survive. Five years in the making, fan of the show Brian Hook, chief creative officer of theatrical company Immersive Everywhere delves into the Peaky Blinders gang further with immersive production Peaky Blinders: The Rise. 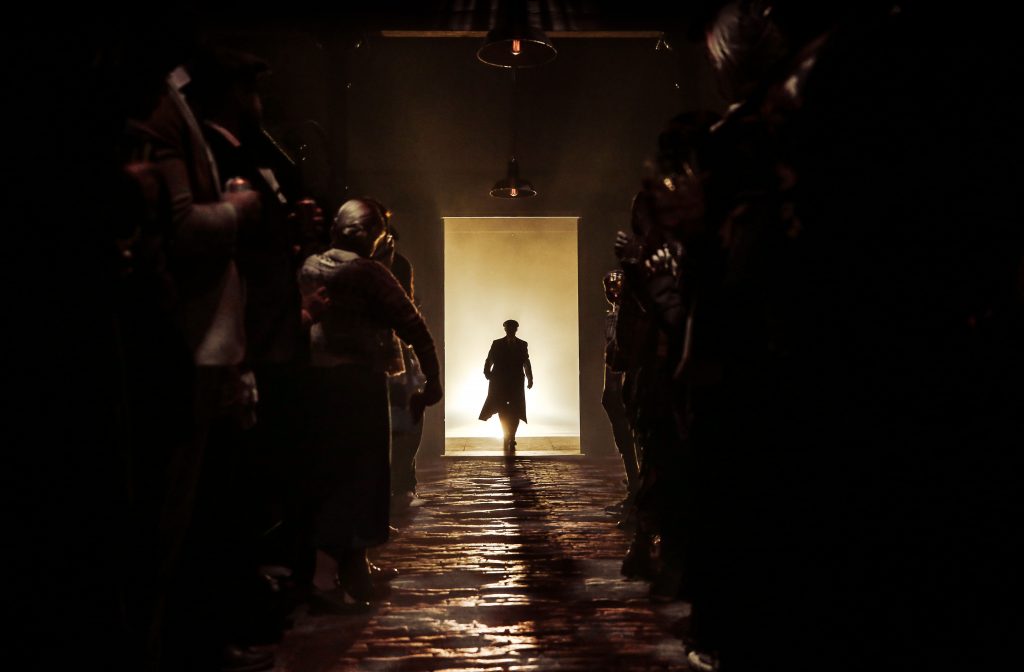 Situated in the antiquated wooden Camden Stables, our loyalties are put to the test as the Shelbys use their charm and intelligence to slowly put forward their plan to gain domain and run London. In competition with warring families the Sabinis and the Solomons, the evening’s mission is clear a one, Shelby Export Ltd work factory a symbol of graft and ambition, doing whatever it takes to reign supreme. Immersive Everywhere and Director Tom Maller meticulously piece this clever, 2 hour experience together, instantly drawing you into the unforgiving, cobbled streets of London after the war, a time whereby Britain is actively rebuilding post war and establishing what localities will look like moving forward.

Craig Hamilton‘s Tommy Shelby charismatically draws the growing crowds in, the ensemble a true collaborative effort, brothers John and Arthur Shelby – Isaac Beechey and Kieran Mortell committed to their brother’s vision. Emma Stansfield‘s Polly Gray a strong, feisty matriarch boosting morale with her rallying speeches, Sam Blythe‘s Alfie Stark mysterious yet one with words, Phil Aizlewood‘s Walter McDonald and Elliot Rodriquez‘s Isiah Jesus both confident and keen to guide prospective new recruits on the dos and don’ts of this world we temporarily inhabit. Expect a lively, unpredictable, upbeat evening as experiences differ dependent on the scenarios you find yourself apart of. Natasha Shepherd and Aly Ford‘s Victorian inspired decor drawing all into the early 20th century and the conventions of the old world. For both fans of the show looking for the perfect experience to dress up and mingle with the show’s iconic characters and those new to the phenomenon, Peaky Blinders: The Rise promises an evening of escapism and community.

Peaky Blinders: The Rise is currently showing at the Camden Stables until Sunday 12th February 2022. To find out more about the production, visit here…