Receiving that impromptu message via social media from a former school friend, dependent on the relationship had with that particular person can drum up a range of memory and emotions, whether good, bad, or both. Decades pass, and with this, can bring a new formed feeling to maybe forgive, reconcile, start afresh, figure what’s going on within each other’s lives, the list goes on. An exploration of childhood bonds, memory, mental health, girlhood, school and the paths we choose to take following on from these formative years, Morgan Lloyd Malcolm‘s The Wasp takes us all back on a bumpy journey on that road to figuring out who we all are. 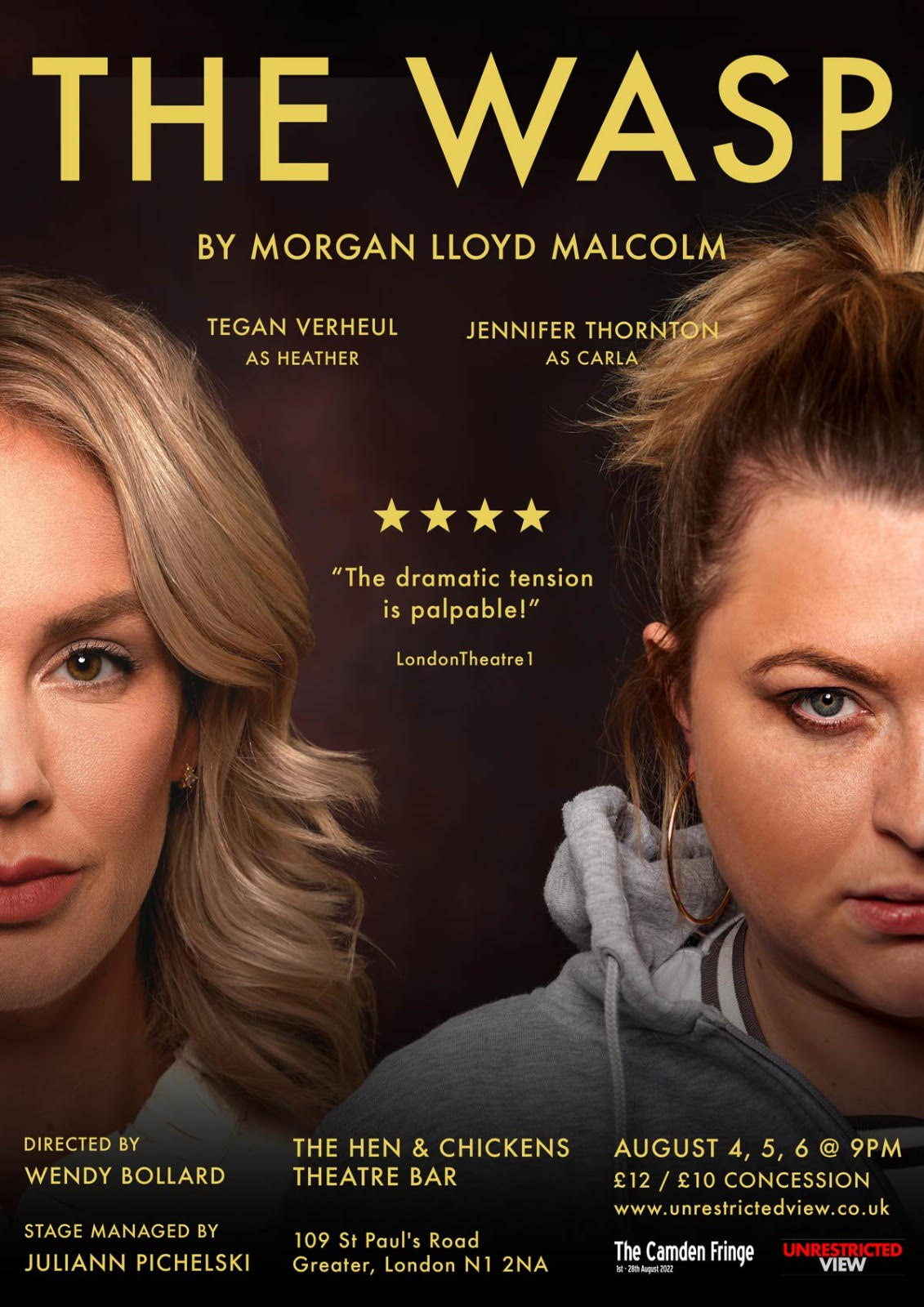 Heather (Tegan Verheul) reaches out to former friend Carla (Jennifer Thornton), Heather – affluent, high achieving, married and trying for a family, Carla – struggling to get by, independent, a single mother doing what she can to make ends meet – but all is not as it seems within both character’s lives. A seemingly innocent reunion very quickly descends into an absurdist hour, an uncomfortable, hellish journey down memory lane. Just when you’re settled into scenarios established, the dynamic abruptly shifts, disorienting us all and taking us on an unexpected turn, the script perceptively playing with the emotional dynamics of the space continually, to inevitably take us on a journey full of twists and turns.

This is testament to Lloyd Malcom’s fearless script, a complex, dark, tumultuous foundation that plays with power dynamic and attentively tackles the experiences of both women, from their teenage years up until now. Incidents of bullying, sexual assault, violence and domestic violence all emerging throughout the evening, traumatic subject matters that are dealt with head on and bravely – we watch as both, decades on, grasp with the things they’ve dealt with, the role of revenge and what this looks like, and how the past has obviously, or perhaps not as obviously impacted them today – this acting as a form of catharsis I’m sure for many watching. Wendy Bollard directs a gripping hour, despite the dark themes tackled, the surreal mixed in with the lightheartedness establishes the show’s comical yet stark tone. A must see!

The Wasp was shown from Thursday 4th until Saturday 6th August 2022 at the Hens and Chickens Theatre as part of this year’s Camden Fringe Festival. To find out more about the show, visit here…