A long lasting consequence of the Transatlantic slave trade, colourism has formed a detrimental world view of what beauty looks like, shades of skin ranked from seemingly more desirable than the other, hair and body types scrutinised under the European standard of beauty – something that has sadly caused division within African and Caribbean cultures up until this very day. Making its debut 20 years ago at the turn of the millennium, Dael Orlandersmith’s Yellowman examines this warped ideology in a powerful two hander that now more than ever, post Black Lives Matter, strongly resonates. 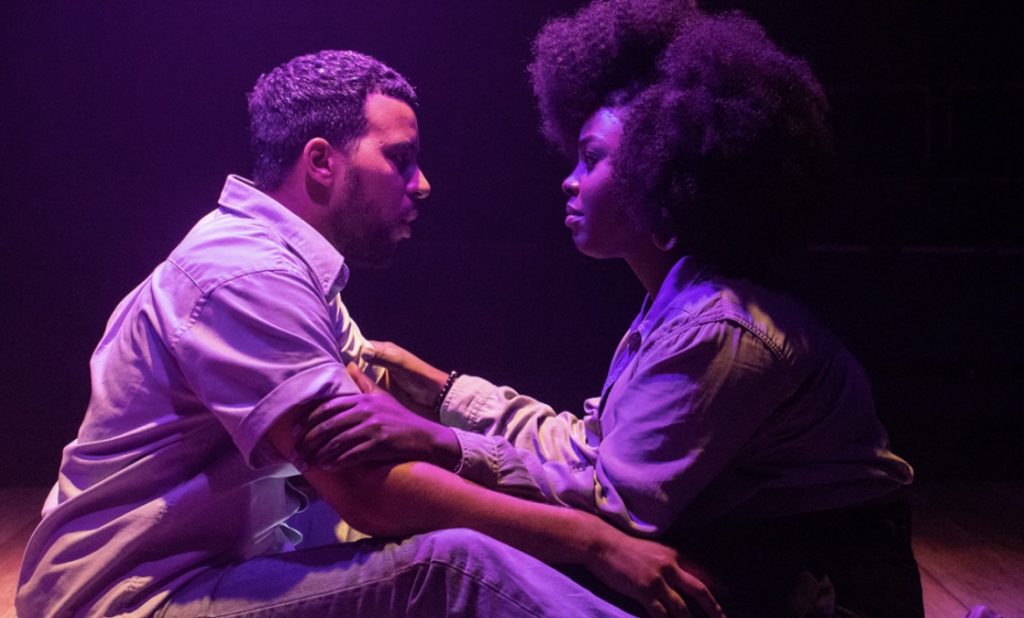 Tracking Eugene (Aaron Anthony) and Alma’s (Nadine Higgin) union – before they meet, the beginnings of them both getting together, Alma moving on to university, the pair working around Alma’s new found career fuelled re, city-bound realit, we see how race impacts both. Alma a dark skinned Black woman constantly disrespected and expected to do far more than her peers to even be considered a chance at anything, Eugene, a light skinned Black man allowed to get away with a lot more societally, from a wealthier background, with a lot more access to opportunities that could help his life for the better.

Orlandersmith meticulously picks at the nuances of colourism, it clear to see who benefits and who loses from this systemic reality. The show’s storytelling core incredibly impactful, it’s as if Anthony and Higgin observe their roles distantly, the play observing what 60s America looked like at the height of the Civil Rights Movement, yet serving as a signal of hopefully moving forward, observing systems that have bound many for centuries, and hopefully now making strides to move forward from this.

Diane Page directs an intimate, potent production, one that honours Orlandersmith’s socially aware script, delicately bringing to the stage a story of yesteryear, yet making it seem as if these two characters live and breathe today – the piece feeling incredibly contemporary, making it ever more relatable. Atop Niall McKeever’s square panelled wooden deck floor boarding, again – the piece has an antiquated yet modern feel, the show situated in the round, we see as the world around them falls in and manipulates how they both interact with one another. A must see!

Yellowman is currently showing until Saturday 8th October at the Orange Tree Theatre. To find out more about the production, visit here…