An outrageous subversion of hypersexualised 90s music videos, Cherish Menzo stares straight back at the male gaze. This one-woman dance performance piece goes through several chapters of subversion with numerous references to black hip hop and all tied together with a staccato rhythm. Menzo’s movements are trance-like and at times her performance was mesmerising however, as a whole, the piece fell short as it lacked a change of narrative. The woman we meet at the beginning is the same woman we are left with, and parts of the choreography felt a little repetitive. 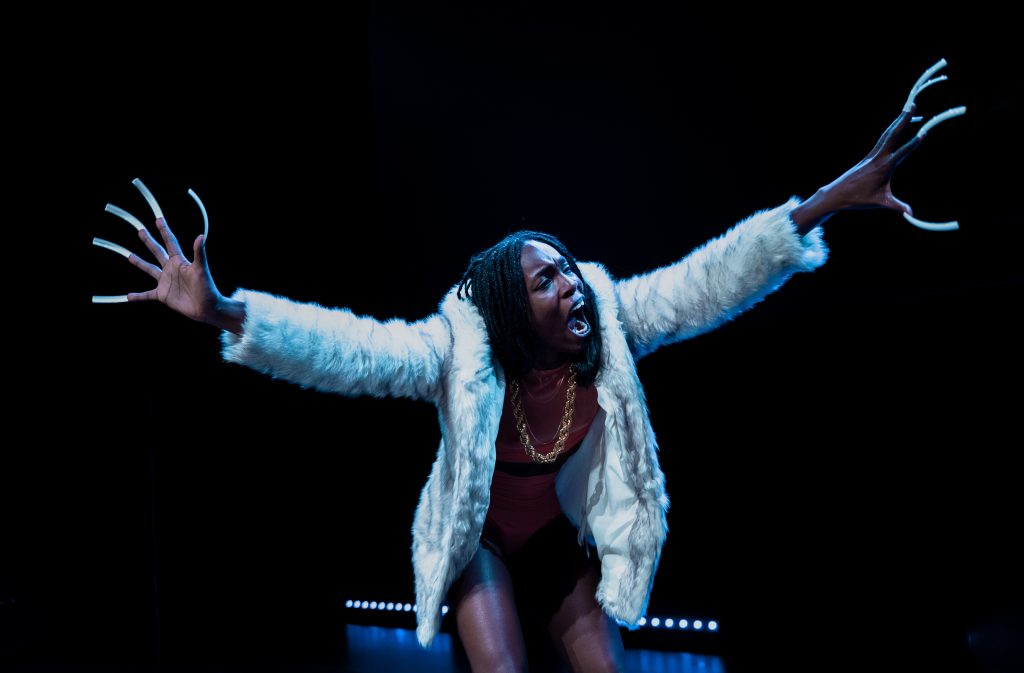 The character Jezebel is meant to defy the stereotypes, but I read into this another story. It was hard to identify with Jezebel as a fully fleshed character, instead she spoke to me as the part of me which submits to stereotypes and moves my body to the beat of the patriarchal drum. One section I found particularly captivating was the sound of sirens as Jezebel lay curled up distorting into a voice which at first sounded beautiful but slowly as we hear the words, we uncover the violence of the lyrics. It is a perfect metaphor for a lot of music we are expected to dance to in night clubs and house parties. Hidden in plain sight we live in a society that glorifies sexual violence against women. Jezebel lays this critique bare on stage with her body.

The performance asks more questions than it answers. Does Jezebel reclaim her image? Does she subvert the hypersexualised music video? Is attack the best form of defence? Can we escape the influence of hip hop? Can we separate hip hop from misogyny? Is it better today than it was thirty years ago?

The Battersea continue to programme exciting works and Jezebel is part of that movement. It was exciting to see a theatre venue take the genre of music video and elevate popular culture into performance art. Despite the lack of pace there are moments in this piece which felt revolutionary.

Jezebel is currently until Friday 14th October 2022 at the Battersea Arts Centre. To find out more about the production, visit here…