This morning the Edinburgh Festival Fringe Society launches its review of the year: an in-depth look at the work it has accomplished over the past 12 months. With unease caused by a new wave of COVID in early 2022, there was still uncertainty that a fully formed Fringe could take place this August. However, against what felt like impossible odds at times, the Fringe re-emerged in glorious technicolour, with local performers joined by artists from across the UK and 63 nations. 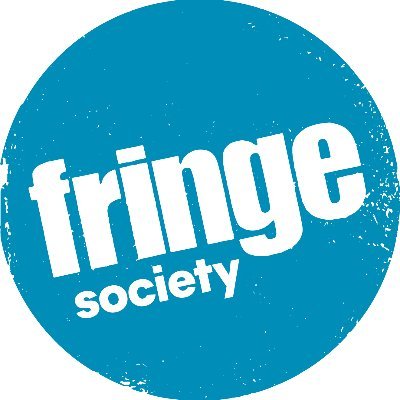 In June, Fringe Society President Phoebe Waller-Bridge launched the Fringe Society’s new vision – to give anyone a stage and everyone a seat. This was followed in August with the announcement of new alumni Patron, Eddie Izzard, who started her career as a street performer on the famous Royal Mile.

As the festival approached, activities to celebrate the Fringe’s 75thanniversary took place, through memories collected from audiences and artists over the years. The popular street events programme expanded into new areas of Edinburgh’s city centre, with over 3,200 performances taking place, and the Fringe Central participants’ hub opened its doors to over 2,100 arts industry, media, producers and visiting delegations.

Projects such as Fringe Days Out and the Children and Young People ticketing scheme returned as the Society continued with local schools and community groups.  These vital initiatives supported children, young people, and those across Edinburgh who might not otherwise get to experience the Fringe.

By the end of August, over 2.2m tickets had been issued, and artists from 63 countries had performed in over 3,400 shows across Edinburgh.

Read the Fringe Society’s full review of the year 2022 here.

Following a year of heightened interest in the Society’s work, today the Society also announce the headline results from a mass feedback project, launched in September. A significant part of the Society’s annual evaluation is surveying a broad group of stakeholders.  This year was no different, with the largest listening drive since 2019.  The Society commissioned Scotinform to facilitate surveys to registered artists, audience members, venues, workers, arts industry and media, who combine to create the Fringe ecosystem.

More than 10,000 responses across the surveys were received, with results now being used to support the development of new projects, and to target our future plans. These vital data insights also give us the evidence base we need to advocate for focused support and address some of the challenges identified by the Fringe community.

The positioning of the festival continues to be strong: 76% of audience members agreed that the Fringe is one of the most important cultural events in the world. When asked for motivations for attending the 2022 Fringe, respondents cited seeing a variety of events/performances(76%) and enjoying live performance after the pandemic (49%).

Edinburgh’s residents continue to be vital to the festival: 65% feel the Fringe makes the city a better place to live, alongside 75% who feel it makes Edinburgh a better place to visit.  With the cost-of-living crisis likely to extend into 2023, 66% of audiences would like ticket offers or discounted tickets, with 91% of Edinburgh residents interested in a discount for EH postcodes.

The live experience continues to be a major motivator, with only 7% agreeing that they would like to see more online shows at the Fringe. As we look ahead to 2023, there is continued optimism from audiences, with 81% of respondents stating they are likely to come to the Fringe in 2023.

Unsurprisingly, following the intense interest in a Fringe app for 2023, 46% of audience respondents said they felt an app would have improved their Fringe experience, with 66% stating they would use an app in the future. This aligned with artist feedback, with 71% stating a Fringe app is very important to them. Work on the 2023 app is already underway and details on its functionality and launch timings will be announced in the new year.

For artists, the Fringe continues to be a core platform for artists’ careers, with 82% of those attending the Fringe for the first time doing so for professional development reasons. For returning Fringe artists, experiencing the Fringe was the biggest motivator, with 82% citing this as the main reason.

Accommodation continues to be a concern for many performers: 87% of artists felt that affordability of accommodation and living costs will be a barrier to future participation in the Fringe; however 70% of artists said they are still likely to bring a show to the Fringe in the future.  Interestingly, 17% of artists did not engage directly with the Society, and as such were not aware of the full offering of services available to them such as Fringe Connect and Fringe Marketplace.

While a small sample of workers responded to their survey, the Society continues to review how we reach and support this group more. Recognising work undertaken in support of the Real Living Wage, 77% of Fringe workers said they were paid on or above this benchmark at this year’s festival. 91% were also satisfied that they had a line manager to seek help from, if and when they needed it.

In addition to the statistical information, Scotinform evaluated free text responses across the surveys.  In general, there was an appetite for more information to be shared with all respondents, at more regular points of the year.  Advance detailed information was clearly sought, and as such The Society is refining its communications strategy to ensure first time, and returning artists, have the year-round support they need to attend the Fringe in the future.

Shona McCarthy, Chief Executive of the Edinburgh Festival Fringe Society, said: “It’s easy to forget how tumultuous this year has been – between Omicron variants, the cost-of-living crisis and de-stabilising world events, it feels miraculous the Fringe happened at all. The fact that it did is a testament to the concerted effort and support of a cast of thousands, including artists, audiences, venues, media, staff, volunteers, crew, sponsors, elected officials and the city of Edinburgh itself.

Improvements can always be made, and the insights and data gained from our recent listening exercise are already being taken forward. We recognise that there are ongoing challenges, and our team are working hard behind the scenes to continue to advocate for our artists, and to support audiences as they plan for Fringe 2023.”

About the Edinburgh Festival Fringe Society: The Edinburgh Festival Fringe Society is the charity that underpins the world-renowned Edinburgh Fringe. It was established in 1958 by a group of artists to uphold the Fringe values and its founding principles of inclusion and freedom of expression. We exist to support and encourage everyone who wants to participate in the Fringe; to provide information and assistance to audiences; and to celebrate the Fringe and what it stands for all over the world. Based on the Royal Mile in Edinburgh, the Society has a small team of staff who work year-round to assist all the artists and audiences who make the festival one of the best loved performing arts events on the planet.