From London to Los Angeles, Minnie Crowe speaks to Theatrefullstop about the future of TriForce Promotions! 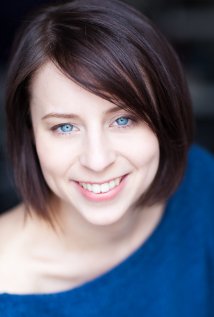 Minnie Crowe has been the Creative Director of TriForce Promotions for 5 years now, and has watched on as the company has only grown in its support and popularity. TriForce’s star is only set to shine brighter, as 2014 sees the company broadening their horizons to Los Angeles, where their successful Monologue Slam event will make it’s international debut. I was lucky enough to talk too Minnie ahead of Nov. 4th Monologue Slam event.

How do you feel about tonight?

This is our 5th show here (Stratford East Theatre Royal) so now all the crew know what they are doing, so technically it goes fairly smoothly. We’re on a roll now, it’s always a little bit like Annika Rice, running around, but the way to success with an event is to have really big ambitions, and never quite enough time, you just get it done somehow.

How did you find out about TriForce Promotions?

I worked with Jimmy Akingbola; Jimmy and Fraser Ayres set it up about ten years ago, 5 years ago, I worked with Jimmy on a production of Othello with Frantic Assembly, and that’s how I got to know him and Fraser. I started going to their events and getting more and more involved and about 2 years ago I became Company Director, because the company was just too big for those people to handle   by themselves anymore. When we took on Monologue Slam, particularly when we brought it here, it’s just become huge and we’re going international and regional with it, so there will be a lot more things happening with it.

So you said it’s gone international…

Yes, we’re going to be doing a Monologue Slam in LA next year…

Is that the first time you’re doing Monologue Slam in LA?

Yes, and we are also starting it in Birmingham Rep, to do one for the West Midlands. This year as well, we started the Manchester Monologue Slam. So Birmingham opens in May, LA will be early next year so by the middle of next year we’ll be at least at Manchester, Birmingham, London and Los Angeles. We’re also looking at various options with other theatres regionally as well to just bring those opportunities to people outside of London, because our industry is so London-centric. Myself and Fraser are from the Midlands, so we know what it’s like to be seeing all of that National Youth Theatre stuff going on and not being able to get to it. I think it’s important to open up those avenues.

How was it in LA?

It was great! We took over four actors and we worked with a Company over there called Hey Hollywood. They do a program over there where you do a day of workshops at the Stella Adler Academy which is one of the oldest drama schools in LA, and you have a headshots session to get your LA-style headshots. Then you perform in front of thirty Agents, Managers and Casting Directors. We took over Kathleen Stavert, because she won the August Monologue Slam and the prize was this package. So she won a trip to LA to do this program, and even before we left, she’d had an offer of representation. The last time we took people out there, all of them got offers of representation. So we are taking really talented people out there. They are really impressed with the level of people we are taking out there.

How do you juggle an acting Career with being a Creative Director?

Because there is three of us at the centre, and also a wider group of people who support us and help, including Chizzy who is compering the event tonight, we do manage it.

What’s the process from auditioning the participants to them performing?

We audition about 2-3 weeks before the show, you have to book a slot online and we audition people in groups of 20. So it takes the whole day. We see 120 people and you do your performance in front of your group and the panel of judges. A couple of days later we’ve selected the people we want and tell them. Then it’s up to them to work on their piece until the day of the show. We have the defending champions from last time come back and return to defend their title, but then we leave two spaces for the masterclass participants, and two people get put through.

How important would you say an event like Monologue Slam is to anybody taking part or to any aspiring actors out there?

It’s hugely important; we’ve had so many stories, not of just people getting agents from it, but also jobs. We had Ryan Calais Cameron, who was given a lead role at the Royal Court make his professional debut from performing at Monologue Slam. When Chizzy Akudolu performed in Monologue Slam, Liz Stoll, who is Casting Director for the BBC for Holby City was one of the judges, and now Chizzy is in Holby. For the last one, we had Julia Crampsie who is the head of casting at the BBC, who was a judge. When I emailed them all to thank them the day after, she emailed me straight back and said I’m getting one of the performers in for a casting tomorrow. It really gives people exposure, the Casting Directors we’ve got want to be here because they know we audition, they know we guarantee a certain level of quality, they’re going to have access to new talent. We’ve found a place in the industry where people are very supportive of what we’re doing, and we’re very blessed to have that.

What advice would you give to the performers tonight and to any aspiring actors out there?

To any aspiring actors out there, come and do it! There is no reason not to, you’ve got nothing to lose by auditioning. I would say come and see it first so you can get a good idea of what a good piece, to win would be. Just getting up on that stage, you have won already. Try not to be too nervous, you’ve only got one minute or 3 minutes to make your mark. I’ve sat through the tech run now, they all know their pieces perfectly, and I think once they get up there and the adrenaline goes, they’ll do even better during the show. I think they will be fantastic.

What’s the future for TriForce Promotions?

We’re going international, that’s our next thing. We’re working on several partnerships in LA, which will enable us to have a branch out there. Going over the rest of the UK, we want to open up those opportunities to the regions and connect them with the Monologue Slam in London. Building the film festival and building our production arm, so we’ve produced two short films ourselves this year and we want to do more of that as well. We’ve also got a theatre production tour scheduled for Edinburgh and touring afterwards next year, a play written by Fraser Ayres. It’s going to get very busy!