Do you constantly end up looking back at what could have been? Played out certain situations and conversations, and wish that you could have altered the outcome? It seems that we’re always worrying about what other people think, and always want to have all of the answers, however that isn’t the case… 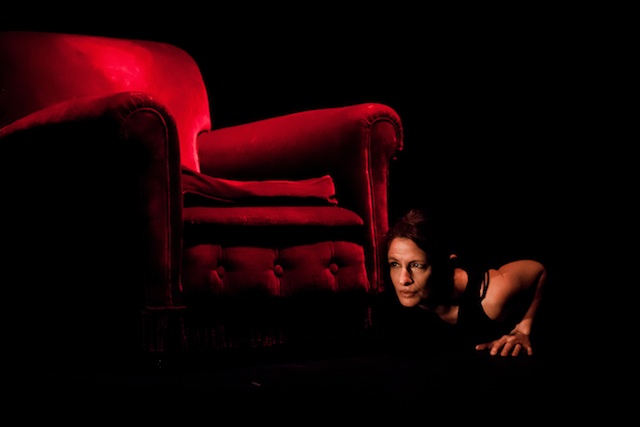 Written and performed by Helen Paris, Best Before End is a fight against the clock; an exploration of life before death, a mixture of the mundane and the memories that shape a humans existence. The crux of the performance was Paris’ poetry, a continual poetic thought process that became the framework of the solo piece. Dressed in black, and with only a selected amount of lighting, Paris lived in the shadows, it were as if she were portraying, or symbolising a widow, the theme of death a constant backdrop.

Juxtaposing the theme of death, Paris’ account of normal moments added a sense of vivacity and humour, as she endearingly referred to her interactions with other people. She spoke of wanting to say the right words, however saying the complete opposite. An observation as to how we can over think situations, and in doing that, could end up making the situation even worse than what it was.

Best Before End took a playful stance on the mundane, as Paris comically hid behind a red chair whilst the BBC football scores were being announced on the television. This added a childish element to the show, a look back at the past, an air of nostalgia. Pulling out two red shoes underneath the chair which she wore, Paris then carried the chair, changing the scene as she lifted it up a mountain, whilst she referred to seeing two shadows in the distance. References to the Hokey Cokey were made, again, another reference to the past that added a jovial air to the show.

Paris then spoke to the audience, an array of crossword clues in which she rhetorically asked for the answers, adding a cryptic sense to the production. Humorously throwing sugar cubes onto the floor which she had previously used for tea, Paris then crushed them with her shoes whilst doing a spot of tango inspired dance.

A surreal and unique way at looking at the spectrum of the human condition, however the solo piece was very tangential which became confusing, and apart from the few moments of humour, the pacing was slow and remained the same throughout. 3/5 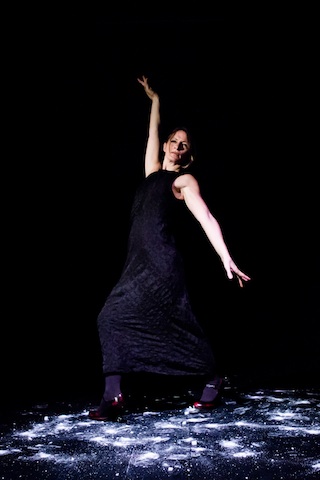