The concept of even saving up for a deposit on a new home is nothing short of being a miracle! House prices are said to have sky rocketed to an all time high since the financial crash; with the average age of first time buyers being roughly between early to mid 30s. Being one of the wealthiest cities in the world, it’s hard to believe that London is sadly, but fastly becoming a home to the homeless… 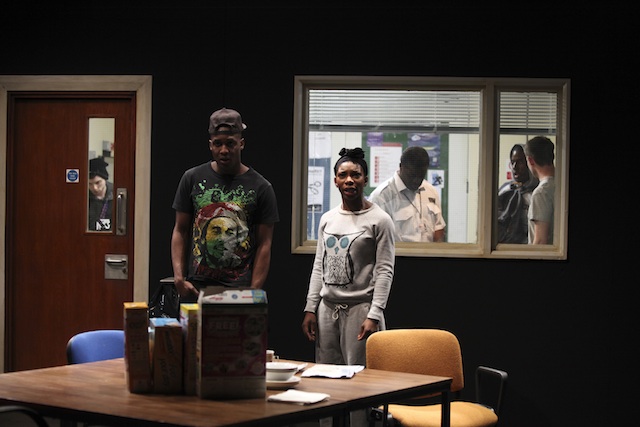 Placing faces onto the statistics and headlines that we have grown accustomed to, Home is the megaphone to a misrepresented generation, a look at the day to day goings on of Target, a youth hostel, housing the homeless aged 25 or under. As the subjects of a Louis Theroux-esque documentary, the residents and employees of Target guide the audience on a tour fuelled by memories, realities and music.

Kadiff Kirwan‘s enthusiastic Singing Boy began the show; a bundle of energy speaking to the interviewer about his passion for the performing arts. The triple threat, whose love for singing, dancing and acting culminated in him being picked on at the all boys school he attended, spoke also of the moment he was kicked out of the family home at the age of 17 by his mother, his portrait of a dysfunctional family quickly brought back the harsh reality of his situation, his rendition of Beyonce’s Halo however creating a lighter mood. Switching roles, his portrayal of Ex-Resident created moments of laughter, a self assured smooth talker, with an answer for everything.

Ashley McGuire‘s Sharon amused and entertained. As the Manager of the hostel, it was clear how prevalent and significant her role was in the running of the hostel. Speaking of being a single mother, and studying at university to work in the profession, Sharon’s maternal, omniscient presence became the heart of the production, keeping the residents, the employees and the running of the building in check.

Toby Wharton‘s well natured Garden Boy added an air of calmness to the production. Speaking of his continual disputes with his mother, which reached a fiery conclusion with him lashing out at her and consequently leaving the house, he spoke of the therapeutic affect gardening had on him. The complete antithesis to this was his portrayal of Tattoo Boy, a character angry at the world and just about anybody who stood in his way. Bringing up the theme of immigration and cultural heritage, Tattoo Boy wasn’t short on his controversial opinions, questioning the apparent state of the UK and its cultural history.

The theme of Motherhood was also explored, as Micahela Coel and Antonia Thomas‘ portrayals of young mothers were cleverly intertwined by moments of song. They both spoke of the trials and tribulations faced in bringing up their children in a temporary setting, taking each day as it comes, faced with the unpredictability of tomorrow.

Music was the common thread throughout the production as the ensemble showcased their poetic, lyrical and vocal skills. Grace Savage‘s use of Beat boxing as a form of communication was nothing short of genius, an imaginative and creative way of characterising Jade, a character also facing the prospect of becoming a first time mother.

Nadia Fall‘s direction was immediate, honest  and heartwarming, whilst Ruth Sutcliffe‘s student halls inspired stage design brought to light the temporary reality of the residents situations, each living a life of uncertainty, unsure of what the future has in store for them. Home places the microcosm of a Hostel centre stage to highlight the bigger issues of the outside world. 4/5 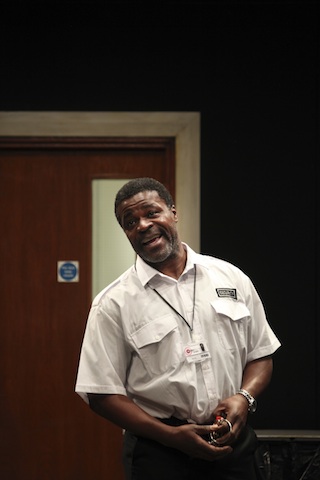 Home is currently showing at The Shed (National Theatre), for more information on the production, visit here…